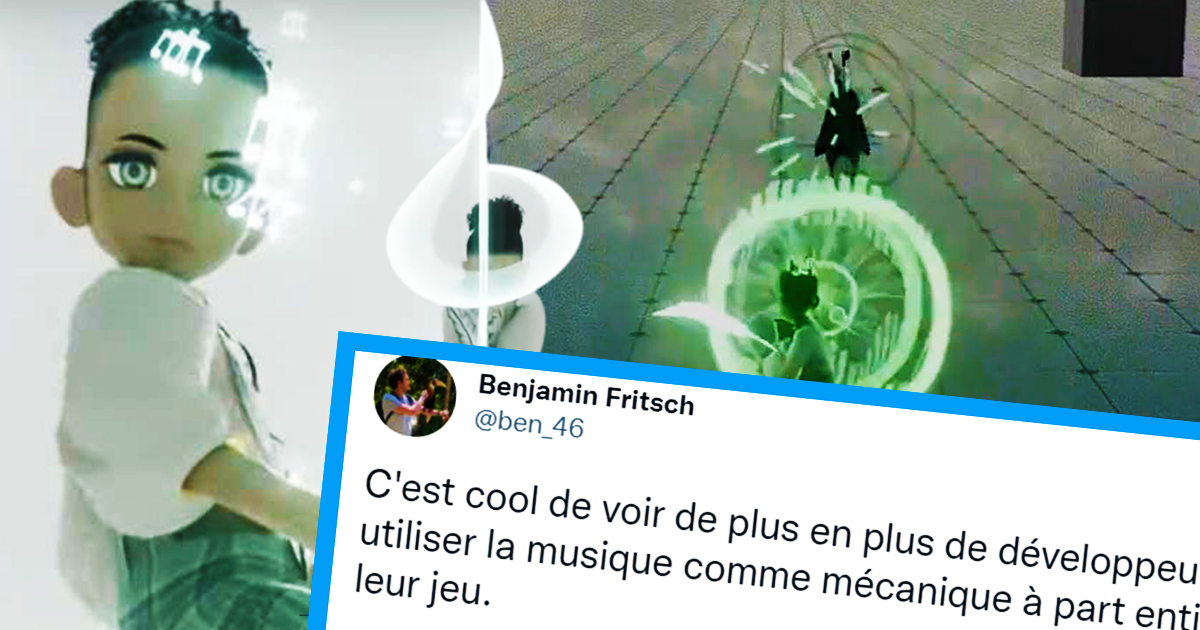 It is often said that we need to trust the new generation, that is why we regularly decide to share with you the events that affect young people around the world. We recently told you about a child who was studying physics and who wanted to thwart death. Today we’re talking about the innovative concept of a young 22-year-old developer who created a game that is already a real head-turner.

Currently the most popular JRPG in the world

It all starts with a video posted by Stephen Ddungu that eventually received nearly 1.2 million views on TikTok and that quickly went viral on platforms like Twitter, causing a stir and breaking records. The video in question shows the game Sword of Symphony, which is based both visually and historically on Japanese role-playing games. The characters of this world, as you will see, exert a magical energy based on music and fight an enemy who is the “writing / composing pad”. The animations of the protagonist’s attacks are both pretty spectacular and at a good pace. Before we go any further, the symphony’s sword looks like this:

Interestingly, the game’s creator is a 22-year-old college student, and he designed Sword of Symphony as part of a college project (and therefore ran out of ambitious plans for the game from the start). Here’s another preview of the game that shows us the main protagonist’s attacks:

If you keep attacking after the anacrusis combo, you will transition into a rhythmic melee combo. This is one of the many combos that you can unlock and perform …
—————————— #gamedev # b3d #indiegame #IndieGameDev #animation #vfx #gameaudio pic.twitter.com/F7TGwY936k

Why such a madness in the Sword of Symphony networks?

If Sword fo Symphony was so popular on the webs, it is surely first of all thanks to its beautiful finishes and ambitious narrative ideas. The fact that its creator, Stephen Ddungu, is the sole developer of the game (he’s actually confirmed he’s the composer, game designer, animator, and artist behind the visual effects) also adds pizzazz to Sword of Symphony. The game, on the other hand, takes place in a desolate landscape of abstract shapes in which the music and visual effects are gentle and calming.

It’s cool to see more and more developers using music as a fully fledged mechanic in their game.

Between Soundfall presented tonight, Crypt of the NecroDancer a few years ago or Sword of Symphony here, the approaches are diverse https://t.co/91JJIoGtYt

And luckily for us who have been waiting, Stephen Ddungu recently confirmed that he intends to release the game in three or four years (especially given the buzz it’s already generating).

We re-introduce the main enemies you will encounter (due to a name change): The species “Taçet” …

Taçets consume the natural music in an environment and leave it in silence – as the name suggests. Defeating them will restore the music to the areas where they congregate. pic.twitter.com/vYvm0bXGHr

An overview of the enemies you will encounter in Sword of Symphony.

The success of the trailer shows that there is still great demand for JRPGs. It is therefore clear that Sword of Symphony has much greater potential than a simple “thesis project”. It could be a sleek video game that blurs the line between “video game” and “musical instrument”. For our part, we would love to play it if Stephen Ddungu decides to complete the project he is currently supporting.

As for you, what do you think of Sword of Symphony after watching these videos? Does the concept speak to you? We’ll let you answer this question through our survey and through our comment section! And if you are very fond of JRPGs, we recommend reading our previous article in the form of a comic that covers the 6 essential characters of each JRPG.

another blow to Blizzard

Several Portuguese cinemas are in serious danger of being closed, the association warns

According to anti-Semitic demos: «Much mixes» | Free press