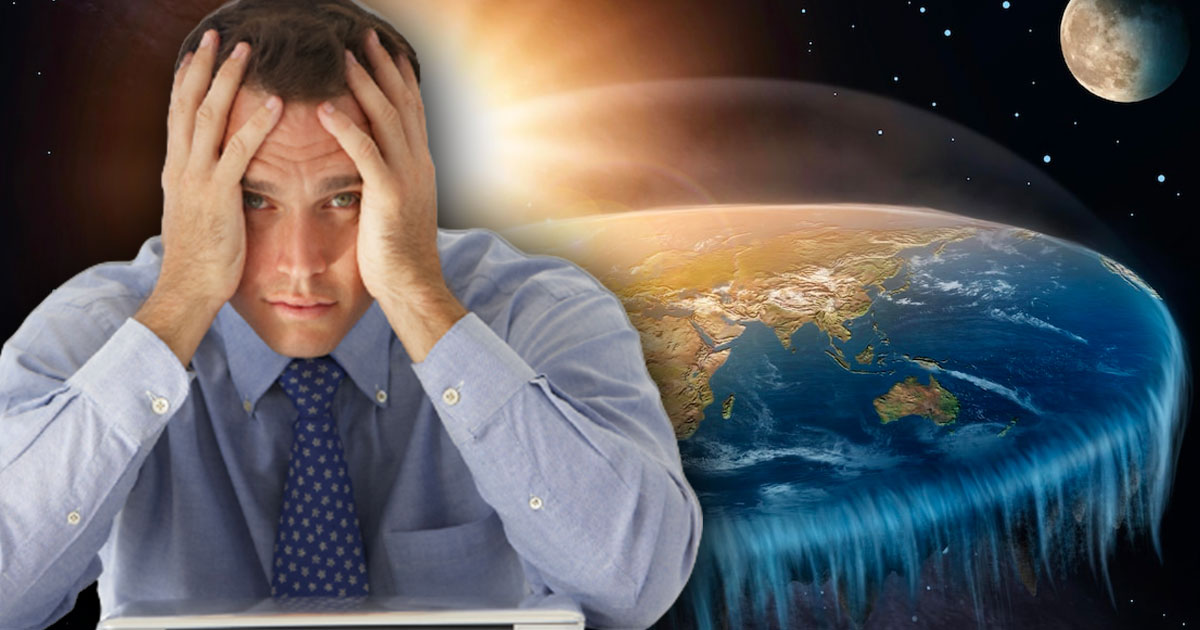 The Flat Earth Society claims that the earth is flat and that there is a huge global conspiracy to hide it from us. About a year ago we told you about the fact that a prominent member of society was killed in a rocket to show that the earth was flat. Today we don’t have such dramatic news to announce, other than that a Youtuber always asks about the profits he has made after a challenge proposed by the Flat Earth Society, of which he will surely never see the color. We take stock of the issue.

the challenge proposed by a platiste

Australian YouTuber Wolfie6020 explains on his YouTube channel the many, many reasons why the concept of a flat earth is completely wrong. Wolfie6020 was therefore challenged in 2018 by his Youtubeur colleague Flat Out Hero. To win the challenge proposed by Flat Our Hero (who body and soul defends the idea that the earth is flat), Wolfie6020 had to prove that it was possible to fly from point A to point B to point C like this, then back to point A, with the distance between each point the same, and make a 90 degree turn at each point. The bet was worth $ 100,000.

Convinced that his colleague Youtubeur could not win this challenge, Flat Our Hero said:

It’s impossible, but don’t tell the Globetards! This is the last nail in the coffin of the land of the boulards and I am delighted to be the one to knock it in !!!

In fact, it is impossible to draw such a shape on a flat plane, since an equilateral triangle as described by the Platist would not have angles greater (or less) than 60 degrees. But the shape is perfectly attainable on the surface of a sphere.

A YouTuber succeeds in the challenge

Wolfie6020 accepted the challenge as he had nothing to lose and $ 100,000 to gain. He announced his flight plan in a video published at the end of October 2018 that was viewed more than 6 million times. The flight plan goes from the Galapagos Islands to the Gulf of Guinea in Africa, then to the North Pole before heading to the Galapagos Islands. Each stage covers around 10,000 kilometers.

In the video above, Woflie6020 first lists the conditions of the bet as previously presented by his colleague Youtubeur Flat Out Hero and concludes with these few words:

Mr. Flat Out Hero, your challenge was met. The conditions you mentioned are met! Now it’s up to you to keep your word and pay me the $ 100,000. I plan to donate half to Westmead Children’s Hospital and the other half to be used as prizes for future competitions on this channel. Let’s see if you are a man of your word and live up to your challenge!

Flat Out Hero responded to the video by complaining about the use of a digital card instead of a paper theft card, as was the case before the “conspirators” intervened. Wolfie6020 then demonstrated that the result would be the same, and Flat Out Hero then admitted the road was marked but claimed that it was impassable. As a result, Woflie6020 is still waiting for his money more than 3 years after starting this bet. It is now very likely that he will never touch that money.

And if you want to learn more about the platists’ (insane) reasoning, check out one of our previous articles for the 7 reasons platists are so confident about this conspiracy theory.