The Courier
HomeTechnologyThis fan who builds the series' longships and weapons takes his passion...
Technology 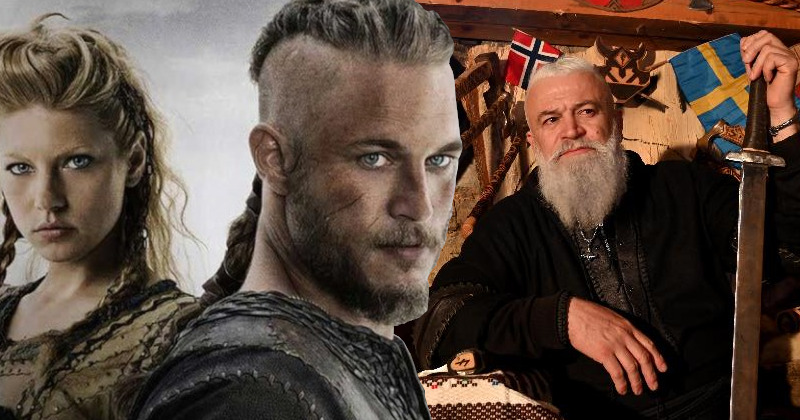 In 2013 comes the series Vikings, which will last six seasons and will entertain fans around the world. Among these, some are more dedicated than others and do not hesitate to spend most of their time paying homage to him. This is especially true for this fifty-year-old who did not hesitate to make a radical decision.

After six seasons and seven years of good and faithful service, the Vikings series available on Netflix has come to an end. Based on real historical facts, it takes us romantically to the end of the 8th century in Scandinavia. A Viking builder, Ragnar, is dissatisfied with his life and thirsty for conquest and knowledge. It was then that Viking invasions began outside their territory, starting with England. We won’t spoil this excellent series any further, but instead tell you about one of its biggest fans, Stipe Pleic.

The 57-year-old lives in Bosnia and discovered the series when he returned home after ten years in Germany working on construction sites. He quickly became an unconditional fan and decided to express this in his everyday life. That’s why he’s been making axes inspired by Viking warriors’ axes every day for the past five years. A lucrative passion, because he sells these weapons between 25 and 300 euros each.

But Stipe’s passion for the Vikings series and for this race in general doesn’t stop there. In addition to axes, he expanded his activities into making bows, shields, spears or even other items such as chairs. He is therefore very attached to the Vikings, but also has the appearance, which is reflected in his clothing, his long beard or his long braided hair.

But since the looks are not enough, he now bears the name Ragnar Kavurson, in homage to one of the most emblematic characters of the series, but above all to the former king of Sweden and Denmark. A man said to have reigned between the 8th and 9th centuries, although his history remains unclear and may in fact have been inspired by other historical figures who lived during the same period.

Little icing on the cake: Stipe Pleic, aka Ragnar Kavurson, has a replica (a must for a fan) of a Drakkar in his garden, which sits proudly in his garden and which he regularly takes to a nearby lake. A stricter life that makes him happier than his old life, he explains.