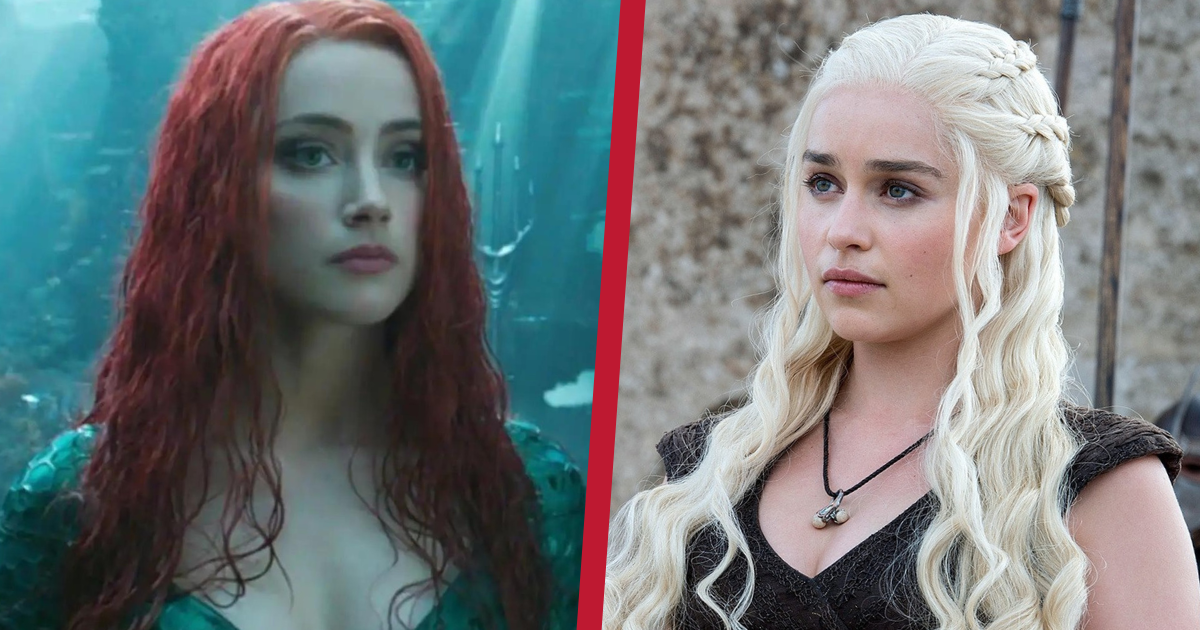 While Aquaman 2 is unlikely to hit theaters until December 16, 2022, filming is currently ongoing in London. Amber Heard will star in the second part, although it has been the subject of much controversy and rumors of a release from the cast have surfaced. These noises (now canceled) have prompted some fans to imagine a suitable replacement. And who better suited for this than one of Jason Momoa’s former set partners? Many fans have already imagined what it would be like, but their imaginations never stop and lately new insights into a Mera played by Emilia Clarke have surfaced.

With nearly $ 1 billion in sales when it hits theaters, the success of the Aquaman film is undeniable. In addition, it is one of the DCEU’s most admired films. Fans are therefore eagerly awaiting the continuation of the Atlantic adventure after filming has been postponed again and again.

In this opus Mera is always played by Amber Heard, as in the first film. Given the numerous controversies surrounding allegations of violence against her ex-boyfriend Johny Depp, many had called for the actress to be boycotted, particularly through a petition that was signed nearly two million times. So they didn’t exactly expect her to come back with the Warner Bros. license. In the end, she will be part of it.

However, that hasn’t stopped many fans from speculating which actresses would be best suited to replace the Texan actress as Arthur Curry’s companion. The imagination of some of them has lingered on an actress well known to the public as she is none other than Emilia Clarke, the performer of Daenerys Targaryen in Game of Thrones. This is hardly surprising given that the actress previously starred alongside Jason Momoa in the medieval fantasy series.

When the fans’ imaginations run wild

These ideas can therefore be clearly associated with the fan service, which would particularly target the nostalgic of the Game of Thrones duo. But the editorial skills of some have proven that the idea, while impractical, is not that far-fetched. A fan who replied to the pseudonym jph_photoshop recently provided evidence on his Instagram account:

With her fine features and deeply determined demeanor, it looks like Daenerys’ former actress might be a good fit should the cast ever need to be readjusted in the future.

This isn’t the first time this artist has had fun reinventing alternate versions of characters from MCU or DCEU films, as shown in these few examples below:

However, jph_photoshop wasn’t the only one to make this fantasy come true. Other internet users like stryder HD have also used deepfake technology to bring entire scenes of Aquaman with Emilia Clarke as Mera to life. The least we can say is that the result is really breathtaking. You can check it out in the video below:

In the comments, some internet users are particularly enthusiastic about the idea, while others tend to prefer the less imaginative game by Amber Heard. And you, what do you think of this cast? Don’t hesitate to share it in the comments.

Participate in the development of this life-size Hogwarts in France