This event is as epic as the end of Avengers Endgame 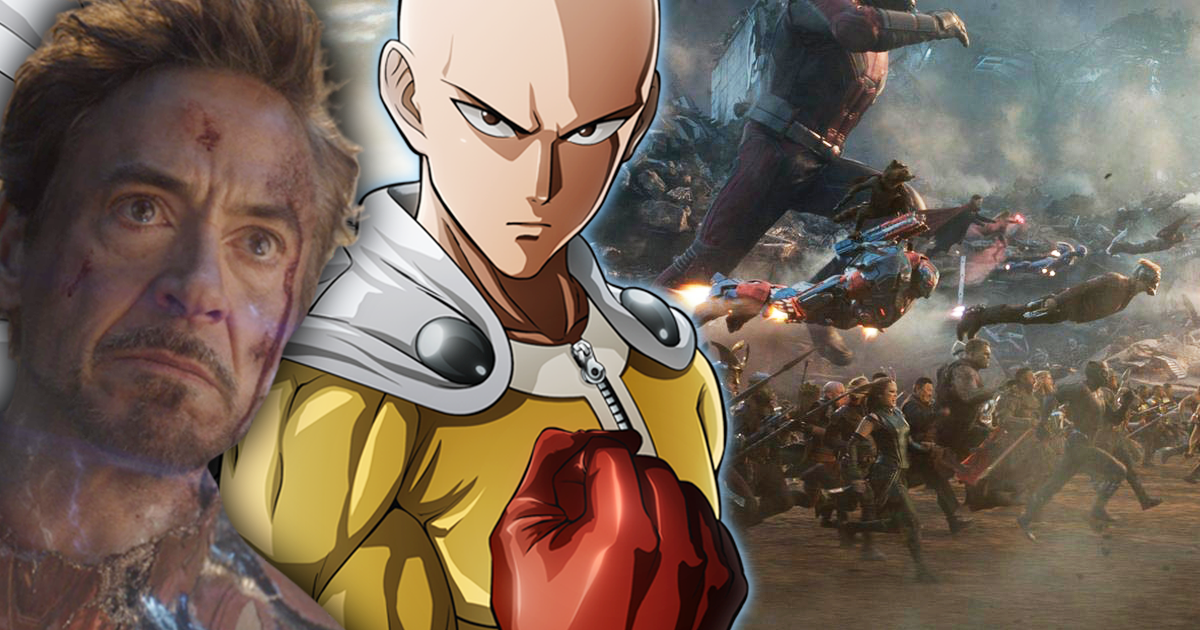 If you’re a fan of One-Punch Man, chances are you haven’t missed an absolutely epic moment similar to the one we get to see just before the end of Avengers: Endgame. And today we take stock of this particularly striking scene.

WARNING: This article contains major spoilers of One-Punch Man Manga Chapter 156. Do not continue reading if you don’t want to read it.

The ranking of heroes in One-Punch Man

The spoiler starts here. In the latest released chapter of the One-Punch Man manga (namely Chapter 156), we were treated to a truly epic moment involving the mysterious hero Blast (1st of S-Class), very reminiscent of the most famous scene in ‘ Avengers : Endgame. But let’s start from the beginning. In the world of One-Punch Man, professional heroes must register with the Hero Association in order to operate.

As you know, the organization ranks the heroes according to their strength and skills: at the top is the S class, which consists of 17 extraordinary personalities. And the number one hero of the S-class (the hero who is said to be the strongest in the world by that fact) is called Blast, and his identity as well as his powers remained a mystery for most of the manga.

Blast never showed up, even during times of great crisis, like the alien attack on City A. Other heroes and leaders of the Hero Association have previously mentioned that Blast lived his life freely and that he would only show up in the event of a major threat to him the humanity. And indeed, during the current Monster Association Arc, Blast suddenly appears and reveals valuable information about the mysterious evil creature known as “God”.

The true nature of God is probably the main mystery of the series, and it now seems that Blast is somehow connected to him. During the battle between the hero and the monster union, Saitama, the protagonist of the series, is momentarily trapped underground with the S-class hero Flashy Flash and a harmless monster. The small group eventually come across a strange cube-shaped object, and after touching it, all can hear the voice of God in their heads offering to make a wish.

Just then, Blast teleports out of nowhere, expressing relief that no one has agreed to grant a wish. Blast also shows that he is familiar with these types of cubes, explaining that they are transmitters that warp space and allow communication with God. This is how Blast explains collecting the dice “like a hobby”, but behind these light-hearted words lies a real mystery. Indeed, his relief that no one accepted God’s deal shows that the hero is actively trying to prevent the God persona from influencing the world.

It must be said that the manga has already shown how certain evil individuals have acquired dangerous powers by making a deal with God, such as Emperor Tramp, an executive of the Monster Association who was able to keep many heroes at bay Time. Additionally, when God senses that Blast has touched his cube, he angrily shouts his name, which no doubt means he recognizes hero number one, and annoys him for carrying out this mission aimed at keeping him in check .

Also, let’s talk about Blast looking tired, with a scruffy beard and scars on his face when he shows up. Blast may have embarked on a long-term war against God, and Manga Chapter 156 shows that he is not doing this alone. After rescuing Tatsumaki and leaving it in King’s hands, Blast leaves saying “I have to help them in the fight”. Immediately afterwards he opens a portal to a place where eight mysterious figures await him who say: “I am not alone, there are many fighting at my side”.

This revelation proves to us that there could be other unknown heroes who are Blast’s equals and may be waging a secret war against God. The scene is definitely epic, and the portal is reminiscent of the sequence in Avengers: Endgame, where all the Avengers allies from the mystical portals of Dr. Strange appear before launching an attack on Thanos’ army.

In any case, One-Punch Man fans have always been intrigued by Blast and the idea that he could be at least as strong as the manga’s unrivaled title character. Now that the mystery of God is beginning to be unraveled, Blast and his allies could become key figures in the future of One-Punch Man and be drawn into an epic battle on par with Avengers: Endgame.

And if you want to know which One-Punch Man character was previously considered a “racist stereotype”, you can read our previous article on the subject.