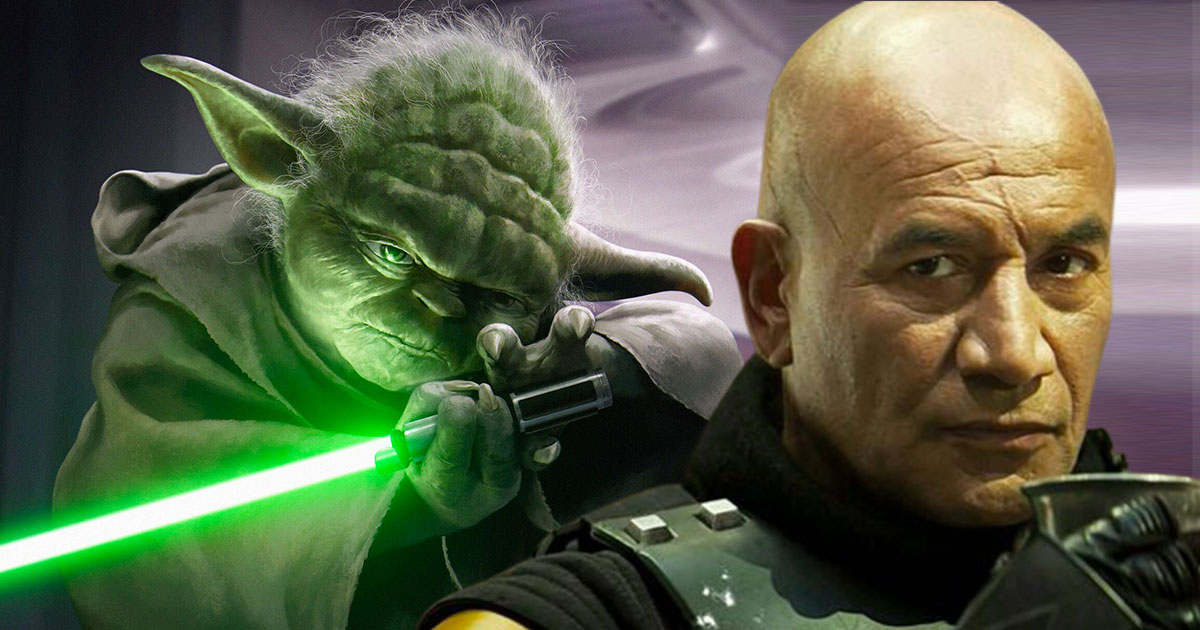 This article contains spoilers for those who haven’t seen Episode 6 of The Book of Boba Fett.

Episode 6 of The Book of Boba Fett offers a big revelation: Luke Skywalker is in possession of Yoda’s saber. But this information still raises some questions. Indeed, the fate of Yoda’s lightsaber is pretty vague and changing regularly, and the Disney+ series doesn’t help with that. And that creates some confusion.

The Book by Boba Fett: The Return of Yoda’s Lightsaber

As with many lightsabers in the Star Wars universe, the fate of Yoda’s weapon remains somewhat unclear. His return in The Book of Boba Fett raises many questions. The last time we saw Yoda’s lightsaber was in Star Wars III: Revenge of the Sith. The Jedi Grand Master takes on the mighty Palpatine. During his clash with the Sith Lord in the Republic Senate, Yoda loses the match and misplaces his lightsaber. The latter is then rescued by Senator Organa and decides to go into exile on the planet Dagobah. Later, the Jedi Master will cross paths with Luke Skywalker, but the fate of his saber remains unknown at this point.

In 2016, in the book Star Wars: Complete Locations, readers learn that Yoda still wields a saber in The Empire Strikes Back. A strange revelation as no one knows when or how Yoda might have regained his weapon. The most likely theory is that he got himself a brand new sword. Also, in the 2017 Darth Vader series, we learn that Palpatine and Darth Vader destroyed every Jedi lightsaber in their possession, including Yoda’s. However, Pablo Hidalgo, who currently works for Lucasfilm on the Star Wars franchise and is a member of the Lucasfilm Story Group, said he certainly has several. Charles Soule, the screenwriter of the Vader series, had also suggested that Palpatine might have created a fake Yoda Saber so he could destroy it in public.

The plot of Yoda’s lightsaber therefore became even more confusing when Luke revealed in episode 6 of The Book of Boba Fett that he was in possession of his former master’s weapon. Logically, Yoda’s lightsaber shouldn’t even exist at this point in the timeline. To answer that question, the LucasFilm team suggested that the little green alien actually had multiple lightsabers in his lifetime. This saber offered by Luke Grogu could be the very last saber Yoda made just before his death in Return of the Jedi.

But whether Yoda actually built an ultimate sword, and for what reason, remains to be seen. Why would Yoda build a new lightsaber if he retires to Dagobah? Could the Grand Master have sensed Grogu’s presence? Would he have seen the future if he had known that this little descendant would inherit his weapon? Anything is possible with Yoda. Whether Grogu opts for Yoda’s lightsaber or Din Djarin’s Beskar armor remains to be seen. Answer next week!