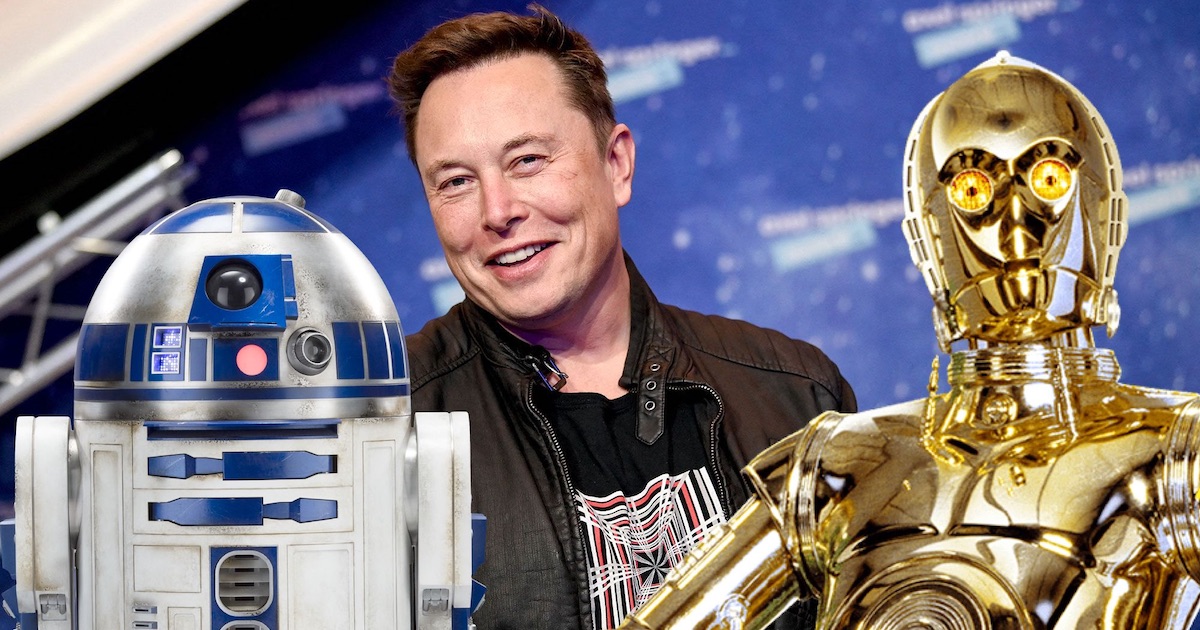 Imagine if, in the more or less distant future, you could live in perfect harmony with an R2-D2 or C-3PO-style robot like in Star Wars? Have you always dreamed of it? Imagine if this dream could one day come true thanks to the project of Elon Musk, the billionaire boss of SpaceX and Tesla.

The TeslaBot is supposed to help people

In fact, not long ago Musk introduced his new project by introducing the Tesla Bot, a humanoid robot designed to assist people with repetitive daily tasks. After this announcement, many observers remained skeptical of the idea of ​​offering this type of household robot. However, the Tesla boss has just granted an interview to a podcast in which he returns to the development of this “Tesla bot,” and it seems that he wants to reassure pessimists about the idea of ​​granting more space for robotics in our life.

Invited to the microphone of his friend and podcaster Lex Fridman, Elon Musk announced some details about his Tesla Bot. The moderator then asked Musk if he was considering that his robot might have a connection to “a possible companion role”, namely whether this type of robot could become an assistant or even a friend.

For the South African billionaire, there are no limits in the field of robotics and, more precisely, with the Tesla Bot. Even if only repetitive and boring tasks were to be reproduced to help people, the humanoid could interact with the world in which it will evolve:

I think the possibilities are endless. Accelerating the global transition to sustainable energy isn’t entirely Tesla’s primary role, but enabling a humanoid robot to be able to interact with the world and help in many different ways is an extremely useful thing for the world.

When Star Wars becomes a reality

Then reiterate that Tesla will do the honors of developing a robot that can perform tasks that could result in injury from repeated stress. But not only: It could also be an excellent companion. A companion who can develop a personality over time. Each Tesla bot would therefore be unique depending on the buyer:

He could develop a unique personality over time. It’s not that all robots are created equal. This personality could evolve to adapt to its owner, or whatever we call it.

Tesla bots could be incredible companions like C-3PO or R2-D2.

It must be said that these characters from the Star Wars universe are droids, each with their own personality, one being brave, loyal, sometimes stubborn and the other rather fearful. Why such a comparison with the universe presented by George Lucas? Perhaps to reassure the most reluctant to imagine seeing more machines in our lives and the variances this can cause.

However, we don’t yet know how these Tesla bots got their personality. Will Elon Musk need artificial intelligence who isn’t really a fan of it? Let’s wait and see whether the Tesla boss pulls off his project, which theoretically should see the light of day in 2022.

But if you know Musk, who loves to make a splash with his announcements, and the advice from experts who believe a humanoid with such a personality isn’t currently doable, there’s a good chance we just got a Tesla bot Being able to adopt C-3PO / R2 -D2 in the distant, very distant future …

65 pictures straight from your worst nightmares

a high quality reflex kit for less than 600 euros

a call to boycott the replacement of Johnny Depp