This decision will change everything for the future of The Mandalorian 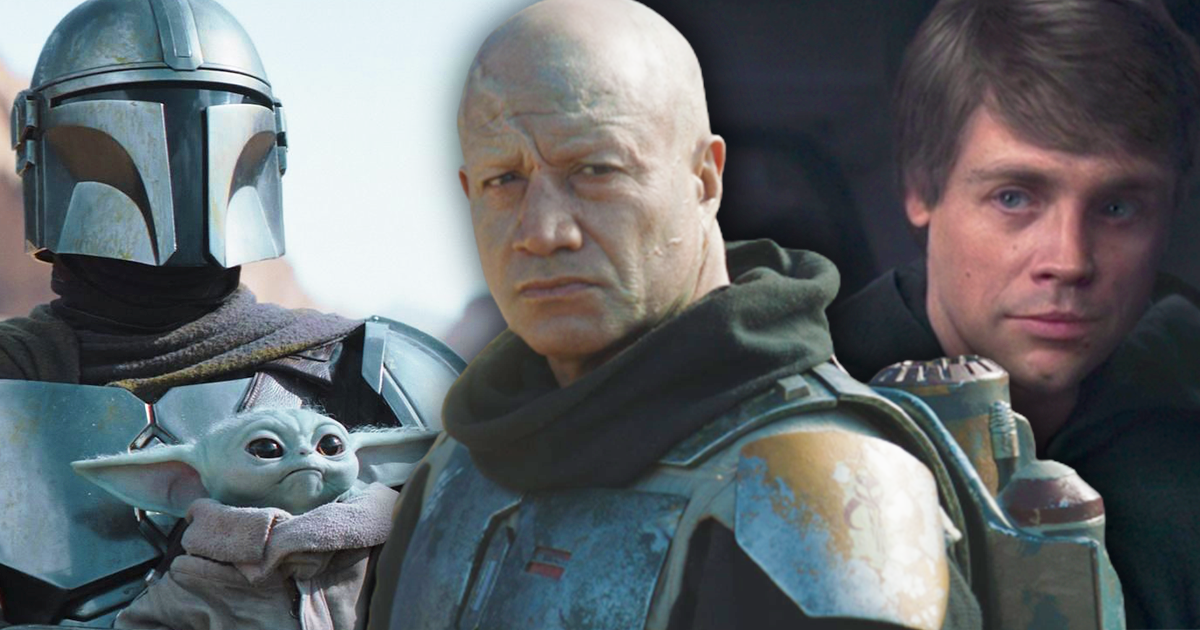 If you’ve seen Episode 6 of The Book of Boba Fett, the ending must have made you hungry. We therefore suggest that in this article you come back to the difficult choice faced by one of the fan-favorite characters.

WARNING: This article contains spoilers for Episode 6 of The Book of Boba Fett. Don’t read any further if you don’t want to read it.

The Return of Din Djarin’s “Friend”

One of the first cameos of this episode (which has several) is none other than Grogu, who was teased to us in the previous episode of The Book of Boba Fett. This has allowed us to more accurately discover Luke’s teaching towards Grogu, and the least we can say is that certain moments shown to us by Dave Filoni will remain in the annals (as evidenced by the reactions to this episode).

This week’s episode of #TheBookOfBobaFett is near perfect. Dave Filoni is the worthy heir of George Lucas, no Star Wars fan can not like this episode as it is good. 9.5/10 pic.twitter.com/zJyF4S2vjs

However, at the very end of this week’s episode, Luke offers Grogu a tough choice: to choose between the chain mail the Mandalorian offers and go with him, or choose the lightsaber that belonged to Yoda and continue his journey with Luke to to continue his teaching. Therefore, below we will try to describe in more detail the possibilities available to Grogu and guess what Din Djarin’s “friend” is up to.

He is presented with a difficult choice

This choice may seem legitimate, after all, Grogu still has a lot to learn from Luke, and Grogu’s “return to the past” via his memories hasn’t explained everything to us in detail by far. By following Luke’s teachings, Grogu could learn to use the force better (to have all the frogs in a pond for him for example…) and could also delve into his memories, which would allow us, It is too It’s up to us to understand where the character really comes from and whether or not he’s related to Yoda.

The bond that connects Grogu to Din Djarin is undeniable, and the Mandalorian has great difficulty avoiding it, too. Out of affection for Din Djarin, Grogu might choose chain mail. Also, a place for Grogu on Din Djarin’s new ship is already planned, which could indicate that the Mandalorian’s “friend” will eventually depart with him.

The same model as the ship Din Djarin recovered (planned location for a droid on top).

Boba Fett’s modified ship (where a pod is installed that could very well accommodate Grogu).

Finally, it should be noted that we were always told that Kylo Ren was Luke Skywalker’s very first apprentice… Were we lied to from the start? If we respect the original words in any case, Grogu will inevitably choose the mail of Din Djarin.

Choice 3: Luke tests Grogu and hopes he chooses both.

#Grogu uses his hand to select armor and power to take the saber #BookofBobaFett #TheMandalorian pic.twitter.com/4wf65SXQLi

#Grogu chooses the armor and power with his hand to pick up the saber.

Luke Skywalker talks about the Jedi binding in some instances when talking to Rey in Episode 9. Many fans therefore imagined over time that Luke did not completely agree with all of the points mentioned in the Jedi Code. If so, Luke’s question could be a wrong question, and Grogu’s only choice would then be to choose not to choose, which is to take both objects.

That choice would reflect the theory we put forward yesterday: since Grogu was taken in as a foundling by, and raised and protected by, Din Djarin, and given his sensitivity to Force, the theory that Grogu would be the second Mandalorian Jedi of the story that gives more weight to Episode 5 of Boba Fett’s book. For starters, the episode directly mentions the first Mandalorian Jedi, Tarre Vizsla, creator of the Darksaber that Din Djarin is currently wearing. The history lesson is important for Din Djarin, but it could also be a clue to Grogu’s fate and remind viewers that there is Mandalorian Jedi precedent.

After watching Episode 6 of the series, we could more than ever imagine Grogu choosing both items and wearing Mandalorian armor while training like a Jedi, but a Jedi of a different breed. The Armorer in Episode 5 of The Book of In fact, Boba Fett makes a clear distinction between Mandalorians and Jedi, particularly when she describes the latter as beings without attachments. Given that Din Djarin already has a strong bond with Grogu, and that bond doesn’t seem to be breaking anytime soon, that means Grogu will remain tied to the Mandalorians in one way or another. Luke Skywalker himself knows that the Jedi must be different than they used to be, since Yoda’s dogmatic methods cost the Order. Grogu could therefore continue training as a Jedi while learning the Mandalorian creed and working with Din Djarin, and perhaps the latter will become the second Mandalorian Jedi in time.

However, one element intrigues us: if Grogu really becomes a Jedi, where was he during the last trilogy? Given that Luke and Rey are supposed to be the Last Jedi, the question deserves to be asked. Even if Grogu chooses to find Din Djarin for now, it’s not out of the question that sooner or later he’ll integrate Luke’s New Jedi Academy (which appears to be currently under construction) and be among the students massacred by Kylo Ren.

For some reason unknown at the moment, Grogu may also have been miraculously saved (once again) and hidden under the guise of his death. Events like this won’t happen again in the Star Wars timeline for the next 18 or 19 years, but we look forward to seeing what Grogu’s fate will truly be and how he will play out in the Mandalorian series.

And you, what choice do you think Grogu will make? We’ll let you answer this question via our poll, and we’ll leave it to you to discuss in our comments section! And if you want to know more about Cab Vane taking on Cobb Vanth in the episode, you can check out our previous article on the subject.

Share
Facebook
Twitter
Pinterest
WhatsApp
Previous article“Big Brother”: Bruno de Carvalho and Liliana have a strange love-hate relationship
Next articleIn the war between Neil Young and Spotify, who is David and who is Goliath?