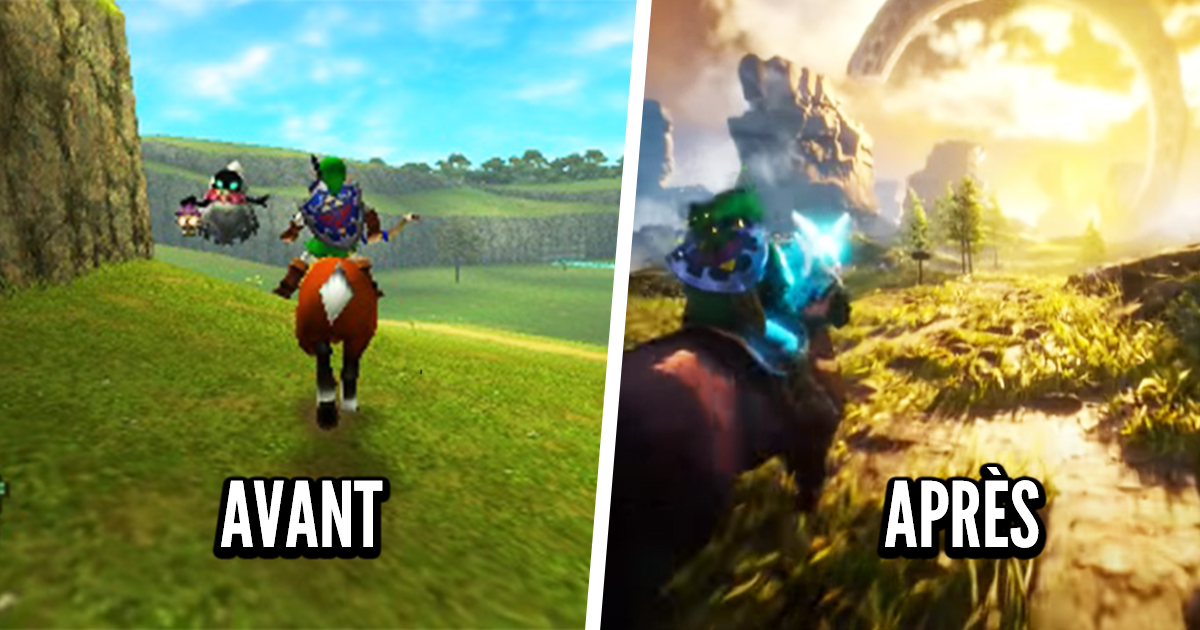 We had previously mentioned that an Internet user had created a new short film with the graphics of The Wind Waker under Unreal Engine 4. Today we are interested in Ocarina of Time. In fact, a Youtube channel called RwanLink wanted to celebrate the 35th. The video released on August 8, 2021 is already a hit with fans.

We are no longer in the 1998 N64 version, but in a much more modern version of the game; other versions of the game Ocarina of Time, made with Unreal Engine 4, had previously been released, but Nintendo removed them leave one. This is undoubtedly the reason why the Youtube channel RwanLink and everyone who worked on this video tried this time to create only about a four minute cutscene that we will tell you about.

As you can see, the graphics created thanks to the Unreal Engine 4 sublimate the game of our childhood and make it extra nostalgic. As for you, what do you think of this cutscene based on the graphics from Ocarina of Time? We’ll let you answer this question through our survey and through our comment section! And if you want to see Breath of The Wild in 8K with your own eyes, we let you have a look at our previous article on the topic, which contains very nice pictures of the game, with a new mod.