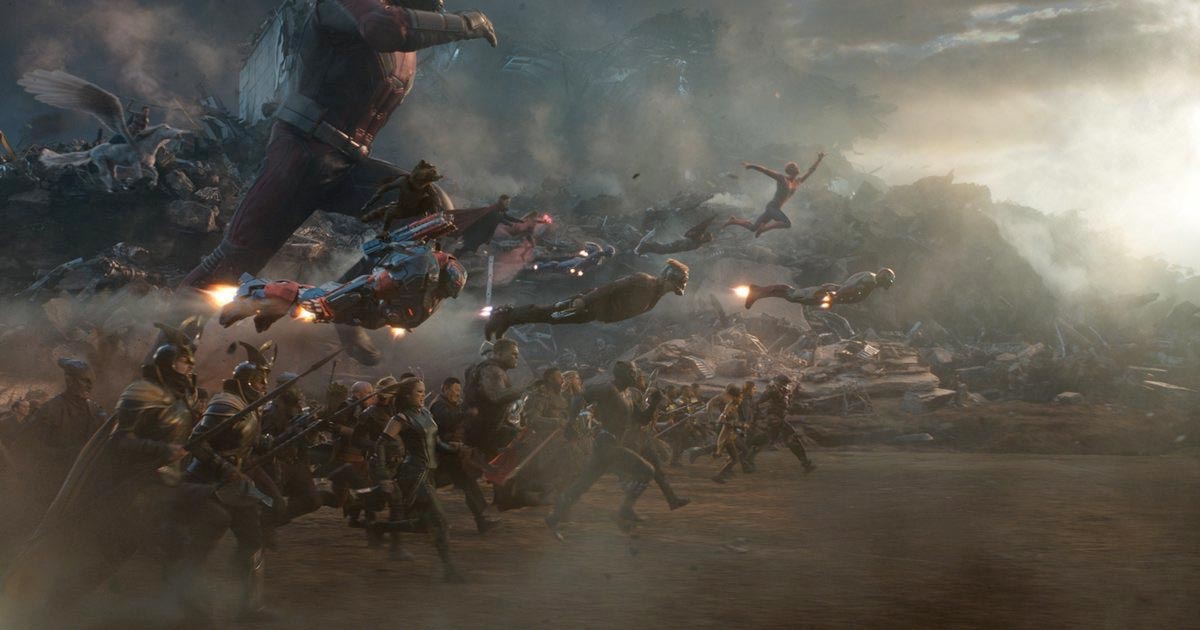 When the ending of Avengers: Endgame lives up to all of our expectations after an epic final battle, production designer Ryan Lang reveals interesting concept art that reveals a very different take on the end confrontation.

The picture was shared on Instagram by its creator, Ryan Lang, and features several MCU heroes. It gives us an idea of ​​how the fight was planned. If we can ascertain the presence of some of the main characters such as Iron Man, Captain America, Thor, Spider-Man, Scarlet Witch or Doctor Strange, then many of the protagonists that are present in the final version of this Dantesque scene are missing on Call.

So we can observe the iconization of the two main characters of the MCU, Captain America and Iron Man, who are at the center of conceptual art. This means that from the start, Marvel Studios had a very clear idea of ​​what the battle against Mad Titan would be like, and planned to keep them alive after the infinity war ended. Also noteworthy is the lack of Black Widow and Hulk. If the Russian spy must have already died in the minds of designers on Vormir, the green giant, he, could already have adopted the traits from Professor Hulk, a project Marvel Studios probably wanted to keep quiet at the time. Captain Marvel is nowhere to be found in this concept art either, certainly due to the fact that no purpose has really been defined for the character.

Here is a clear vision of the final version of the film, in which Iron Man, Thor armed with Stormbreaker and Captain America with Mjöllnir, stand alone in front of Thanos. After an intense battle, our three damaged heroes receive help from all of the Marvel superheroes who have returned from the dead. Then follows a scene that we no longer present in the annals of the Marvel Cinematic Universe forever.