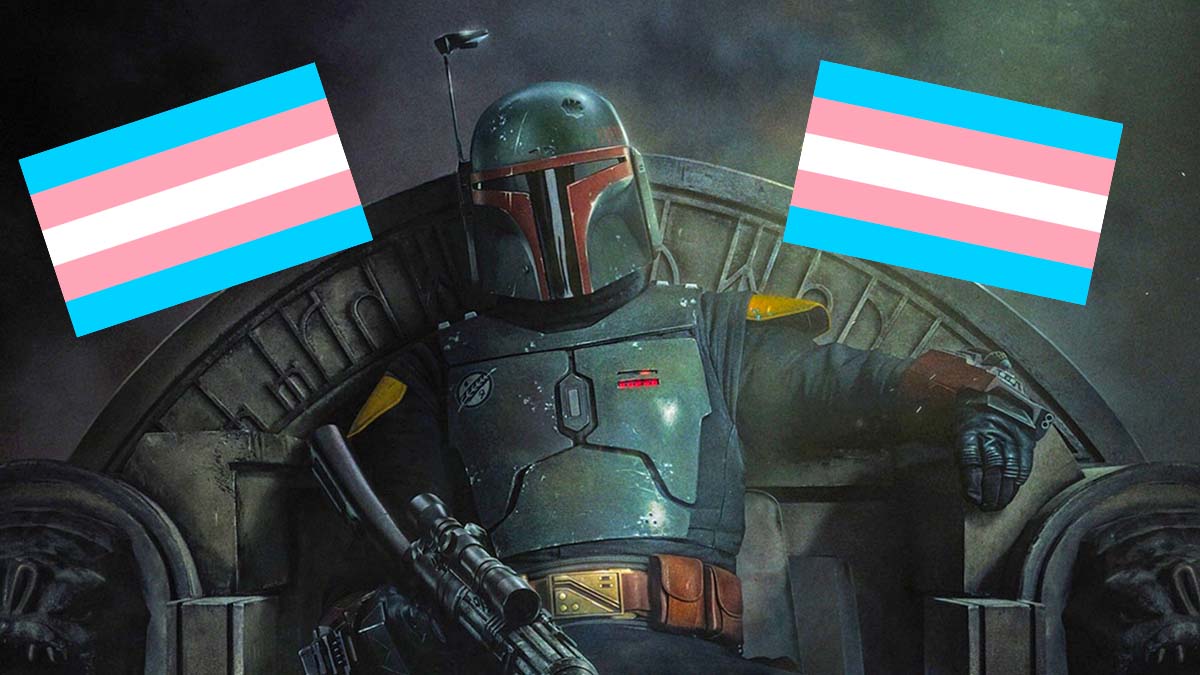 The second live-action series in the Star Wars universe, The Book of Boba Fett, was released this Wednesday, December 29th. While Star Wars fans scrutinized every detail of the first episode, it may well be that some discovered the very first transgender character in the universe, created by George Lucas. Explanations.

As the title suggests, the series revolves around the iconic bounty hunter Boba Fett, who reappeared in season 2 of The Mandalorian. The Book of Boba Fett series promises to deepen the mysteries of organized crime in the universe. A very masculine universe, in keeping with the genre’s codes.

In the first episode, Boba Fett goes to a tavern in Mos Espa, where he is given a trunk of two Twi’leks. However, one of the two characters caught a user’s attention on Twitter.

Those new to the Star Wars universe may not understand why the green Twi’lek retained the Twitters’ intent and why the tweet uses the Trans Pride flag. So a few words to explain: Twi’leks are known for one of their sexual dimorphisms (physical and morphological differences between the male and the female of a certain species).

In this case, the Twi’lek women have tapered ears while the men have ears similar to ours. So the green Twi’lek appears to be masculine, but has a feminine physical trait. This Twi’lek could be the very first transgender character in the Star Wars universe.

Some may see it in response to testimony from actress Gina Carano, who was fired from The Mandalorian after controversial statements, some of which are believed to be transphobic.

The reason for this lack of sexual dimorphism, however, is perhaps more prosaic: in fact, it could simply be a mistake on the part of director Robert Rodriguez and the ILM teams. Additionally, one might be surprised that Lucasfilm and Disney did not communicate about the presence of a transgender character in the series The Book of Boba Fett. As everyone knows, the Disney studio is used to communicating this type of information. The studio had already communicated about the homosexuality of one of the characters before the film Pixar En Avant was released.