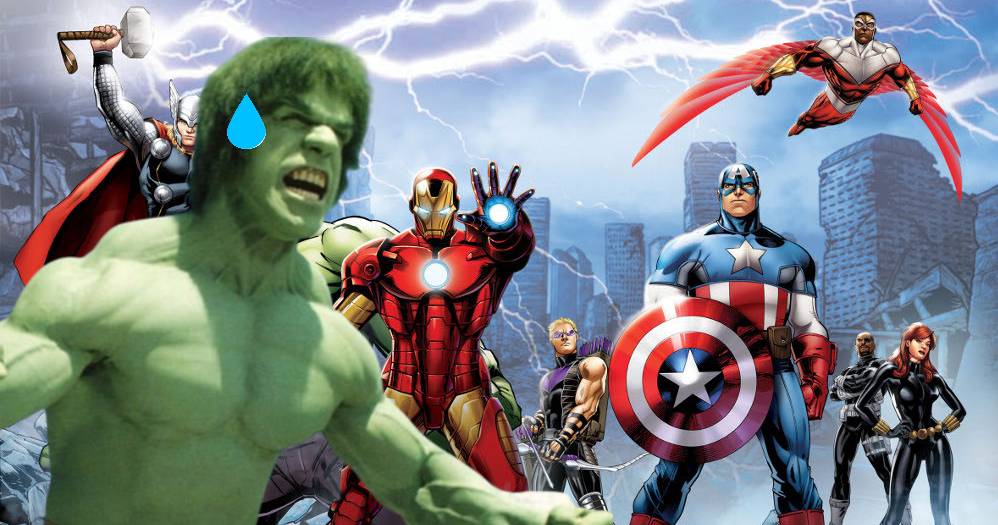 Head to head, the Hulk is a formidable opponent. The fight is of course not to be taken lightly and many have broken their teeth. Whether in the MCU or in the various Marvel, Civil War or The Ultimate comics, few have ever defeated the Hulk. And even rarer are those with a 100% win rate against the team’s Green Avenger. We found one for you.

Not a single defeat and several deaths

To keep the tension going, try imagining which Avenger can defeat in each Hulk encounter. The answer is not obvious believe me, because many people forget its meaning, even its existence, because it is anecdotal and secondary. However, in all the accounts in which these two characters have faced each other or side by side, each of the clashes resulted in the victory of the most powerful archer in the world.

Because yes, it is actually Hawkeye who holds that amazing win rate against the Hulk. Without superpowers, only with good equipment, his bow and often special arrows. He is also responsible for several of Bruce Banner’s deaths. Whether during the Second World War or during the events of the Second Civil War. Rest assured, penitent criminal Clint Barton often does this not for fun, but because the Hulk’s anger becomes a threat to the current plan, or simply to humanity or himself. Sometimes it is even Bruce Banner himself who calls on Hawkeye to intervene.

In the Marvel Ultimate series, we experience the ultimate version of Hawkeye that can compete with most of the Avengers. After the Hulk’s outburst against the Chitauri invasion, Barton shoots him with a far-reaching antidote that penetrates his skin and puts an end to his anger. In another universe, in Civil War II by Brian Michael Bendis and David Marquez, the inhuman Ulysses – who can predict the future – sees the Hulk raging on a mountain of Avengers bodies, creating a split within the Avengers.

Another time, in an alternate version of Civil War II, (Civil War II # 3), an argument breaks out between the Avengers and Banner gets angry enough to get the Hulk out when an arrow crashes into Bruce’s body. dead. Hawkeye is arrested and at his trial he explains that Banner asked him to, and even went so far as to give him a special arrowhead that would kill him.

Hawkeye: – Why me?
Bruce: – Because you’re the only one I know who can live with that choice.
– Well, that’s oddly offensive.
– No it is not. I promise you in my life
– If you think about it for a whole year now, you might have it all behind you.
-I dream about him. I dream of anger. I wake up to the taste of blood in my mouth and I don’t know if it really happened or not. Sometimes I have to turn on the TV to check. And I know, you know, everyone knows One day I’ll wake up and it won’t be a dream. And if that ever happens, it means I’ve tried everything and nothing has worked. You have to promise me that you will stop me once and for all.

Others have tried and failed

In all situations, he either keeps a promise or tries to remove the ultimate threat. But if you look closely, at no point in Marvel history has the opposite happened. However, on paper, the Hulk should be relatively easy to deal with Hawkeye considering how he played Loki in the MCU. Other characters have almost a similar rating against the Hulk without even reaching it.

For example, it’s Black Panther in The Immortal Hulk # 47 who almost manages to defeat one of the more powerful versions of the Hulk thanks to its speed, great timing, and a simple energy dagger. You don’t need Hulkbuster armor if you are convinced of your abilities. Barton doesn’t hesitate to strike first, chaining low blow after low blow. The fact that Hawkeye is so underrated when his victories are very real is perhaps his greatest strength.