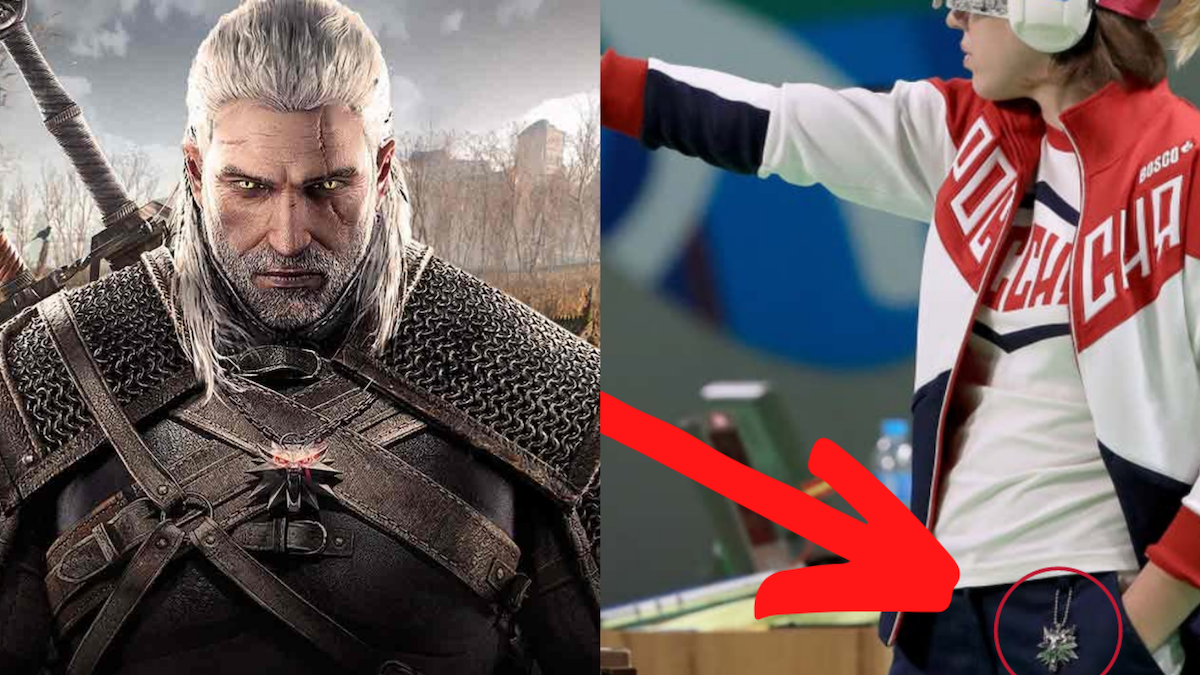 Eagerly awaited every four years, the Olympic Games have established themselves as the traditional way of honoring the country through sport. Even so, sometimes it happens that some athletes also take the opportunity to pay tribute to something that is close to their hearts … And here a Russian athlete wanted to highlight a saga that fascinates her: The Witcher.

When the Olympics meet the fantastic

It is quite normal and even quite healthy that an athlete is not only focused on his discipline and has other passions. But among the top athletes there are downright great geeks. This is particularly the case with a Russian athlete competing in the Tokyo Olympics under the banner of the ROC. Vitalina Batsarashkina, multiple medalist in the 10-meter air pistol category, is obviously a desperate fan of Géralt de Riv and the world of The Witcher.

However, she is not satisfied only with her passion for the medieval fantasy world of Andrzej Sapkowski. To prove her love for the saga, the athlete never misses an opportunity to show off her The Witcher goodies at every edition of the Olympics she competes in. In addition, the Tokyo Olympics have usually not escaped this year. In the competition currently taking place, the athlete insisted on wearing the Witcher medallion with the image of a wolf’s head.

In the universe of The Witcher, this symbolizes the school to which every witcher belongs and recognizes possible dangers thanks to the vibrations of the medallion.

So it’s more of a good opportunity to bring luck in a competition as grand as the Olympics. It seems to be working too, as the Russian shooter not only managed to climb the podium, but also won first place.

This victory also enabled the ROC (the Russian Olympic Committee) to win its first gold medal. Vitalina Batsarashkina left the Bulgarian Antoaneta Kostadinova, who won the silver medal, and the Chinese Jiang Ranxin, who won the bronze medal.

In 2016, during the Rio Olympics, Vitalina Batsarashkina won the silver medal and was also recognized for her accessories that bore the image of the world of The Witcher. Instead of wearing the signature Geralt de Riv necklace, she wore sunglasses from the Wolf School and a witcher’s medallion that hung from her belt.