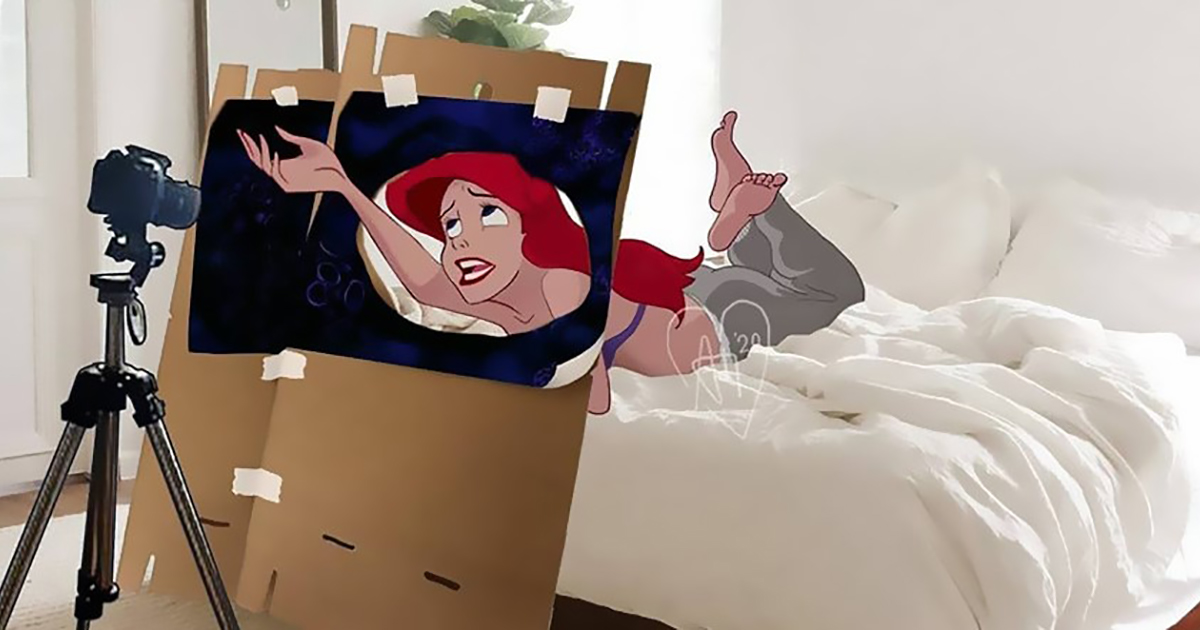 Artist Andhika Muksin is a specialist in retouching our favorite Disney characters. We had spoken of him several times before, in particular to mention his work which was to incorporate Disney characters into real life, his creations aimed at making the Disney Princesses realistic, or even his montages which connect the Ghibli universe with that of Disney. The artist, who currently has more than 480,000 subscribers on his Instagram account, surprised us again by introducing himself behind the scenes of Disney cartoons that shook our childhoods. We’ll let you discover the artist’s eleven new creations on the subject, which will make our favorite characters much more accessible.

# 1 So the movement effect came from there …

# 2 is Jasmine really an animal friend?

# 3 using influencers as an example

# 4 a lighting effect worthy of the greatest horror films

# 5 the use of the green background, a new example

# 6 an animated feature film with an iPhone

# 7 Painters and joiners did a great job

# 8 a dragon bigger than life

# 9 Cinderella is an amazing Instagrammer