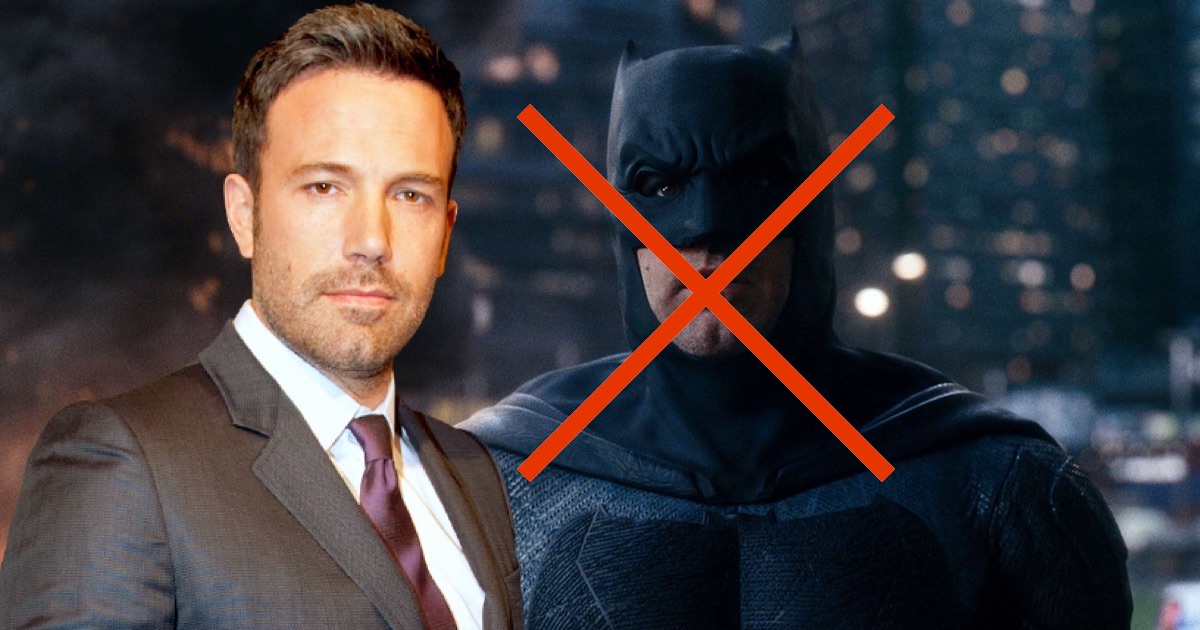 A few days ago we learned that Ben Affleck was going to give up his role as Batman. The actor will take on the Dark Knight costume one last time in The Flash, which in his opinion will be a very nice end to his experience with the character of Batman. In a recent interview, Ben Affleck reflects on his decision, which was partly influenced by this well-known actor.

A close friend opened his eyes to his career

In fact, Ben Affleck played the Dark Knight in the cinema at DCEU in Batman v Superman: Dawn of Justice and then took him back with him in Suicide Squad and Justice League and in the Snyder’s Cut. The actor would normally star in his own solo film, which he was supposed to write, produce and direct. Eventually he decided to abandon the project that gave Matt Reeves the opportunity to develop his film The Batman, starring Robert Pattinson.

In a recent interview with Entertainment Weekly, Ben Affleck pondered his decision not to return as Batman in the future. A decision that would have been highly motivated by an actor who would have convinced him to leave the DCEU. This actor is a lifelong friend of Affleck’s because he is Matt Damon.

The two have known each other for a long time. They started their careers in 1997 with the film Will Hunting, for which they wrote the screenplay and which won them the Oscar for Best Original Screenplay. Last year Affleck and Damon reunited on another script co-written with The Last Duel, in which they co-starred, directed by Ridley Scott. Suffice it to say that the two players are very close.

Bad memories on the set of Justice League

As Ben Affleck explains, his Justice League experience was one of the worst moments of his career. He states that “terrible things have happened” and is referring to his divorce from Jennifer Garner or the death of Zack Snyder’s daughter who pushed the latter to leave the Justice League and place her in the hands of Joss Whedon . And then he said to himself that he “didn’t want to do that anymore”.

Speaking to Matt Damon, who conducted the interview, Affleck continues:

In fact, I told you about it and you had a huge impact on that decision. I want to do the things that give me pleasure. Then we did The Last Duel and I had fun doing this movie every day. I wasn’t the star, I wasn’t compassionate. I was a bad guy. I wasn’t everything I thought I was when I started, and yet it was a wonderful experience.

Over the years, Ben Affleck and Matt Damon have become close friends as well as collaborators. No wonder, when it comes to the artistic decision in the cinema, they can rely on each other. Affleck wanted to withdraw from super productions and instead devoted himself to more intimate dramas (The Way Back, The Tender Bar). But fans can rest assured that we will see the actor in the role of Batman again for one final appearance on The Flash. Since the film is not expected in France before November 2, 2022, one has to be patient.