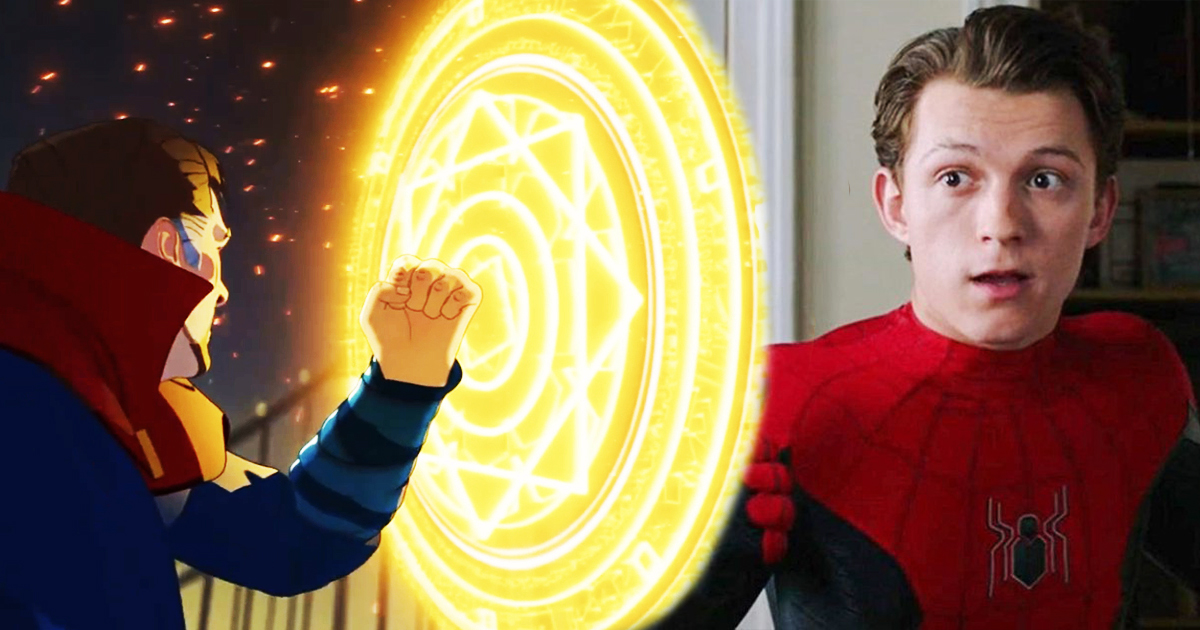 We got the chance to watch the fourth episode of the What If …? Series available on Disney +, and it seemed like a very good introduction to the upcoming Spider-Man: No Way Home movie. We wanted to introduce you to all the elements that connect these two Marvel productions.

Warning: this article contains loot for episode 4 of What If. Don’t read any further if you don’t want to read it.

What if, instead of losing his hands in a car accident, Stephen Strange loses his heart, which is Dr. Christine Palmer? The latter actually gave Stephen a lot of support after his accident, so it is logical that his loss should plunge him into deep despair. Although he continues to train and acquire powers related to time and dimensional manipulation like Doctor Strange, the character does not use them to save the world.

Instead, unable to turn the page, Strange returns to the day he lost Christine. In trying to get her back, he tries again and again to save her life, but fails every time. However, if you’ve seen this episode and the Spider-Man: No Way Home (movie slated for December 17, 2021) trailer, Strange’s demeanor will seem pretty similar to you.

A deep connection with Spider-Man: no way home

In episode 4 of What If …? the plan for “Dark Strange” turns against him. He manages to save Christine, but in the process he turns into a hideous creature. He saved his love, but he also got lost along the way. Difficult in the face of these events not to connect with Stephen Strange of No Way Home, who, according to early theories, could in fact be Dark Strange. In fact, according to a popular theory on the internet, the origin of all the interferences in the multiverse that we observe in the trailer for No Way Home is not Doctor Strange, but Dark Strange. The character would therefore be especially responsible for the arrival of the Green Goblin, Doctor Octopus and Electro.

Additionally, Dark Strange is when we read this episode of What If …? want to believe, a force to be reckoned with in the future. In fact, at the very end of the episode, the character is trapped in some sort of singularity, but with the forces he has absorbed and even though his universe is obliterated, it seems like the character cannot die. The fact that we end on this singularity is also potentially metaphorical: in physics, we represent this initial singularity (and the beginning of the universe) by a “point” without dimension and which contains all of the energy of the universe. A point at which all virtual matter and energy in the universe is condensed into a state of infinite density.

Since the entire universe is reduced to the size of this bubble in which Doctor Strange still lives, accompanied by Christine who is dying, it could well be a singularity … “final” of the universe, or initial, if you think about it the fact that Dark Strange can rise from the ashes in No Way Home. Who says there can be no poetry in a blockbuster? We sure don’t. Dark Strange can therefore certainly be expected in the future.

It’s also difficult to ignore a small reference to Doctor Strange in the Multiverse of Madness when mentioning the madness of Dark Strange, which makes him want to save Christine at all costs. In summary, this fourth episode of What If …? is an introduction not only to Spider-Man: No Way Home, but also to Doctor Strange in the Multiverse of Madness, thanks to the character of Dark Strange and absolute points in time (these are points that hardly anyone can change without causing a disaster .) in the universe from which it originates).

As for you, have you spotted any links to upcoming MCU films? We’ll let you answer this question through our comment section, and if you want to learn more about the What If …? Series, check out our previous article, which dates back to this series having achieved a solid continuity problem in the MCU.