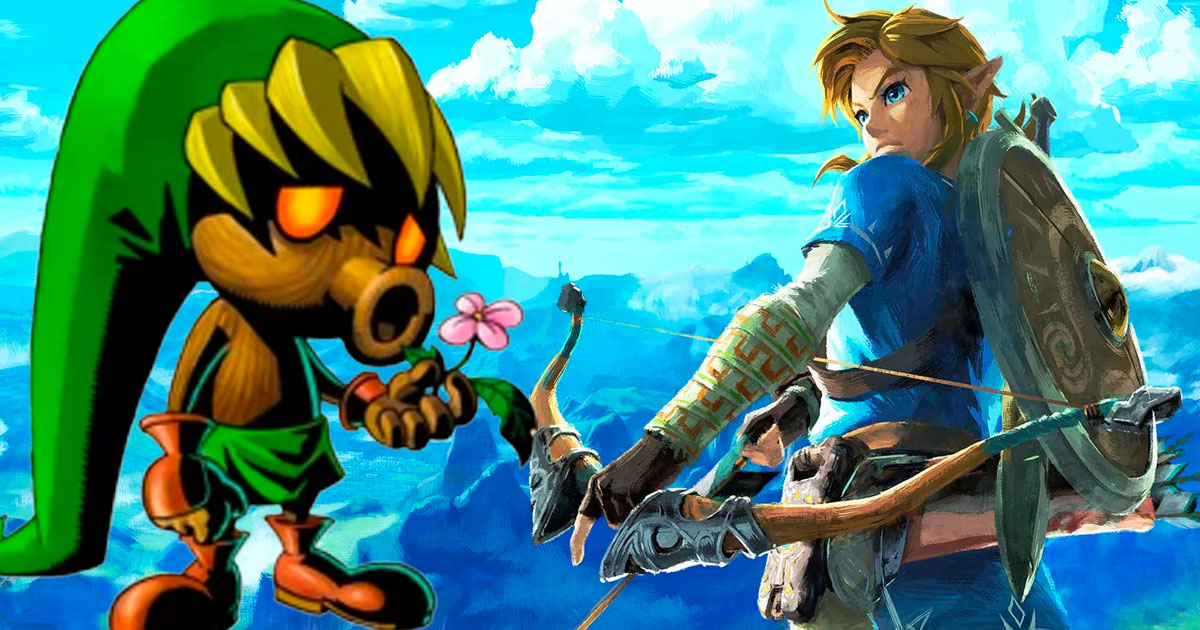 The Legend of Zelda: Breath of the Wild II is, in many ways, one of the most anticipated games of the present day. While Nintendo released the first real trailer at E3 in 2021, players could spot some game mechanics reminiscent of the old Zelda, like the Sky Isles, reminiscent of The Legend of Zelda: Skyward Sword. Today we look back in six ways that could well see a return in the sequel to Breath of the Wild.

the inhabitants of Célesbourg and the Celestials

Seen in the new trailer for Zelda: Breath of the Wild 2, the Heavenly Islands should have their meaning in the game’s sequel from 2017. At the heart of The Legend of Zelda: Skyward Sword, the Heavenly Isles were inhabited by Hylians who lived in ignorance of the world below. In the trailer for the sequel to Breath of the Wild, we discover that these floating islands are home to the remains of an ancient civilization. We can also imagine the presence of the Celestians who appeared in The Legend of Zelda: Twilight Princess with the characters of Baba and her son and whose physiognomy makes them look like chickens.

Appeared in The Legend of Zelda: The Minish Cap, the Minish could also make their comeback in Breath of the Wild II. This species of tiny, tiny creatures could be of great help to Link, especially by giving him the Sword of Four, an Excalibur-like sword that in particular makes it possible to ward off the forces of evil and create four identical clones. of its wearer, each clone is distinguished by its tunic.

Three things lead us to believe the Minish might be back. Although the plot of Breath of the Wild and Breath of the Wild 2 is set in the distant future compared to other parts of the saga (Link slept for a hundred years), the hidden story of Hyrule seems to play a role. However, the Minish Cap is an integral part of this hidden story. Then we discover that Link doesn’t wear the same outfit in the trailer when he’s on dry land or on the Heavenly Isles. While some theories opt for a story spanning two timelines, it can also be predicted that it is an indicator of the return of the Minish and the use of The Sword of Four. Finally, note that the Minish were thought to be present in Breath of the Wild for a while, as the concept drawing above shows.

The plagues of Mojos

As recurring “enemies” of the saga, Plague Mojos could return in The Legend of Zelda: Breath of the Wild 2. This kind of humanoid plants that wield mojo nuts when they feel threatened was missing in the first part. Given the importance of nature in Breath of the Wild, the presence of Plague Mojos could be very interesting. We can imagine that Nintendo will replace the Korogus with the Plague Mojos with an additional level of difficulty, because in order to get what the Plague Mojo has to deliver, it has to be beaten first. It should also be noted that the presence of Pestes Mojos could increase the number of outlets.

These mole-like, treasure-obsessed creatures first appeared in The Legend of Zelda: Skyward Sword, the remaster of which was released a few weeks ago. As such, the Heavenly Islands may not be the only item Breath of the Wild 2 would borrow from the 2011 game. The point of reintroducing the mogmas would be to offer Link some help against the Bokoblins. In fact, the mogmas in Skyward Sword are in constant rivalry with the Bokoblins and regularly suffer the effects of their cruelty. Furthermore, in the Breath of the Wild 2 trailer, we see that the Bokoblins seem more organized than in the first game, and on a map we can even see that their barracks was built on a lithorok (a stone colossus). A sign that opponents want to rebel?

Mummies are cannibal enemies found in The Legend of Zelda: A Link to the Past and The Legend of Zelda: Majora’s Mask. Dangerous, they would have their place in Breath of the Wild 2, which, as we’ve seen, seems to highlight one (or more?) Ancient civilization. Also, the fact that their bandages can be burned can be very interesting from a Breath of the Wild game mechanics perspective, especially thanks to Link’s arsenal. In Majora’s Mask, the mummies actually hide awe inspiring living dead who scream immobilize their victims. The presence of the mummies, or at least the horror, could make this new adventure from The Legend of Zelda darker.

As the last species of The Legend of Zelda: Skyword Sword to be exported in the Breath of the Wild sequel, the Tikwi are tiny creatures that Link must find in the Firone Forest at the beginning of the game, they could very well be from the game developers will be selected to replace the Korogus.