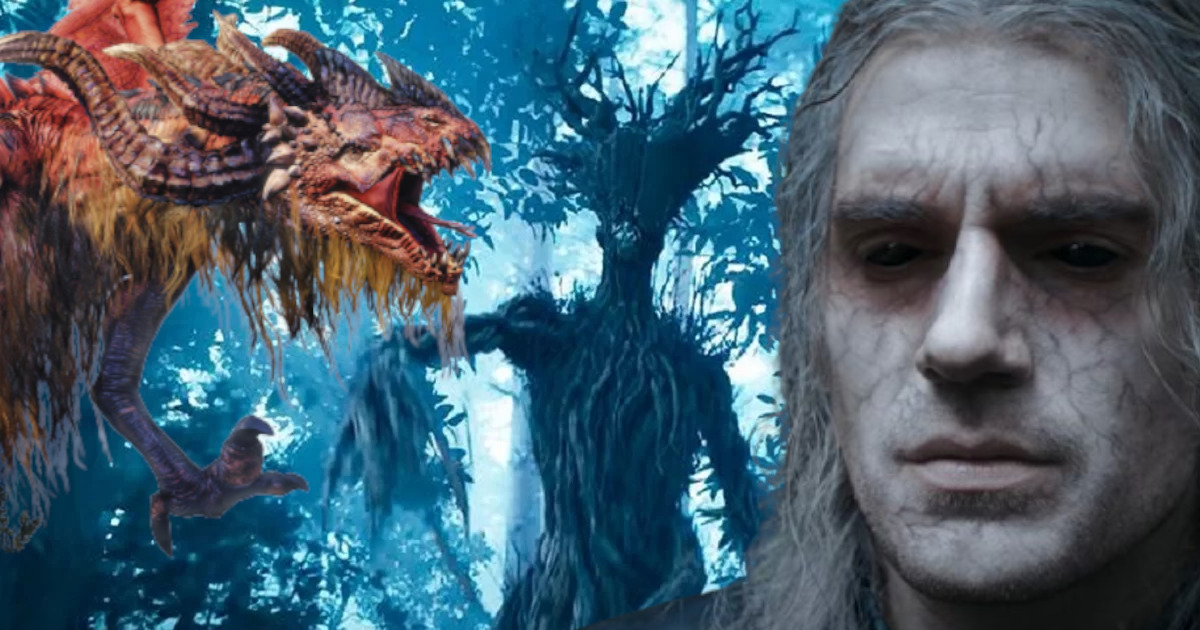 While season 3 of The Witcher has already been confirmed on Netflix, the first two tried to highlight the universe imagined by Polish author Andrzej Sapkowski in his books, as well as that transcribed in the video game license developed by CD Projekt Red .

As well as having narrative arcs and characters more or less faithful to the canon works, The Witcher’s bestiary is also part of the salt of the dark fantasy series. Coming from the western collective imagination or from Slavic mythological folklore, the creatures that Geralt de Riv must eliminate will wink even fans of books and video games.

Each season has its own new set of monsters. We therefore note the integration of Brouxe and Leshen in the second season, reacting to dragons, doublers, jinns or kikimores in the first. And what about that third act? With the richness of the bestiary, there’s plenty for Netflix to do. On our page we present you the 5 creatures that we would like to see abused by the butcher of Blaviken.

Close to the dragon, the wyverns are actually flying reptiles that live in swamps, by lakes, mountains, or in the fields. When confused with dragons, wyverns do not breathe flame, are smaller, and are less aggressive. They like to hunt, sometimes in packs, the livestock of local farmers.

In the video game franchise, Geralt encounters this in several missions, most notably in the first and third opus. In the books, Ciri eliminated one in The Time of Contemple, the fourth book in the series. Their diving attacks are impressive, as is the venom contained in the spike located at the end of their tail.

Incorporating a beast of this type would be interesting, especially if it’s a Royal Wyvern, more imposing and formidable than its cousin. We would see an episode where Geralt hunts for a wyvern that has settled in the mountains above Kaer Morhen.

In the same vein as the wyvern, the cockatrice is a half-reptile, half-bird creature. They are born in eggs laid by roosters mated with other roosters. Then the egg is incubated for forty days by a toad, which is eaten by the newborn as soon as the egg hatches. The vicious Cockatrices generally attack from behind, targeting a specific point on the body. A single pick is enough to defeat your opponent. Using a crossbow is essential to bring down the monster.

Geralt is confronted with it in The Witcher 3 during a monster contract mission at the beginning of the game, and Ciri also has to eliminate the beast during a mission where she has to protect the Bloody Baron, boss of Velen.

The series’ showrunner was able to kill two birds with one stone: presenting the Bloody Baron and his town and including a Cockatrice as a threat. Additionally, this could be an excuse to show the development of Ciri and her fighting skills after her training with Kaer Morhen. Here’s what would definitely be a key episode, in addition to nodding the game.

The troll is a classic of mythology and is present in most works of fantasy. On several occasions the player will face the trolls: in The Witcher 2: Assassins of Kings, in Vergen, as well as in The Witcher 3: Wild Hunt, near the city of Oxenfurt, then on the Skellige archipelago, favorite haunt of humanoid creatures . Stone Trolls are also present in the game and present a slightly higher challenge.

The series is unlikely to take us to the northern isles of Skellige for next season, but a fight against a troll, while classic, could entertain fans of the genre.

There is no need to draw a portrait of the werewolf here. Sapkowski’s work references this several times, in The Time of Contempt or in The Season of Storms, when Geralt is against a family of lycanthropes.

In The Witcher 3, an interesting multiple-choice side quest plunges the player into a real police investigation, following in the footsteps of a werewolf. Another pits the player against a similar creature, but this one is invincible due to a terrible curse. A mission with several confrontations before the curse is finally lifted thanks to werewolf meat.

If the subject of the curse is approached in Season 2 via the character of the Nivell, the series has not yet pitted the witcher against the werewolf. However, this would present a great challenge that would allow us to talk more about how to use the different potions that can be adapted to the types of creatures

While the Drowned don’t pose much of a threat, unlike the creatures mentioned above, they are among the most emblematic enemies of the universe. The drowners featured in novels and all games are once human creatures who have been drowned or thrown into the water. The result is a very fast humanoid monster with sharp claws that lives in sewers, swamps or on river banks. They hunt in groups and lure merchants underwater to devour them.

However, they can do little or nothing against a sorcerer and his silver blade. The interest in incorporating Drowners into Season 3 would serve to give the works kudos and play fan service. But it could also promise fights that are quite edgy and fun as Geralt gets overwhelmed by a pack.