These fans want Evangeline Lilly fired for her vaccine ideas 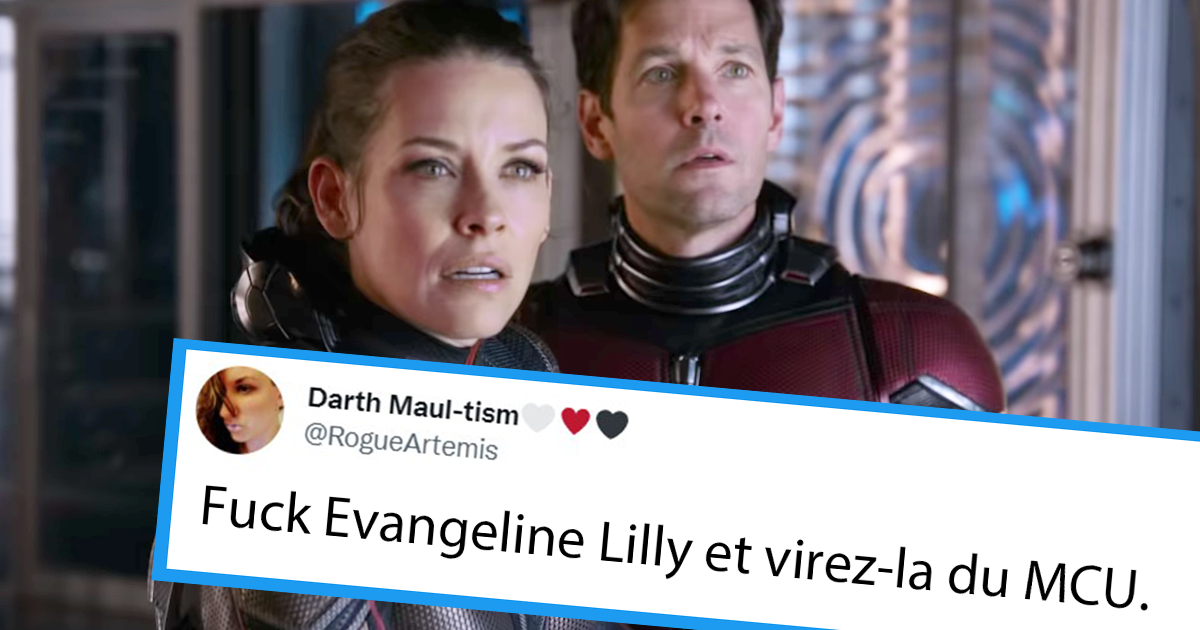 After actress Evangeline Lilly voiced her opinion on mandatory vaccination laws, many people around the world are calling for a boycott of the actress, especially in the MCU. We take stock of the topic.

A controversy based on a publication

Canadian actress Evangeline Lilly (best known for her roles in the TV series Lost and The Wasp in the MCU films) recently attended an anti-vaccination rally in Washington to support the power of choice. The actress also expressed skepticism about the measures taken to combat the pandemic.

In her latest Instagram post, the actress said her attendance at the rally was in support of Canadian truckers planning a nationwide protest against mandatory vaccinations and draconian laws:

I was in Washington this weekend in support of Body Sovereignty as Canadian truckers rallied to their peaceful convoy across the country in support of the same.

I believe that no one should be forced to inject anything into their body, against their will, under threat…:
– a violent attack
– Arrest or detention without trial
– job loss
– be homeless
– to starve
– loss of education
– Alienation from loved ones
– exclusion from society
… under any threat.

This is not the way. It’s not safe. That is not healthy. It’s not love I understand that the world is afraid, but I don’t think reacting violently to fear will solve our problems.

I was pro-choice before COVID and still am today.

The protest, which took place on the National Mall, previously sparked controversy over a statement by Robert F. Kennedy Jr., who referred to Anne Frank in a speech to imply that Jews had as few freedoms during the Holocaust as now unvaccinated Americans. Apologies were later issued, but American public opinion kept this in mind.

When the actress explained the reasons for her presence at the rally, many voices were raised to set her on fire, with some fans even calling for her dismissal from the MCU.

On Instagram and Twitter, the reactions of Internet users are numerous and sometimes particularly virulent and call for a boycott of the actress in the MCU. We let you discover some of them:

Keep Evangeline Lilly away from Paul Rudd at all costs

He hasn’t lived in centuries to be defeated by his unwashed and unvaccinated self https://t.co/FNmEdxxSkF

Keep Evangeline Lilly away from Paul Rudd at all costs.

He didn’t live for centuries to be destroyed by this filthy, unvaccinated woman.

Evangeline Lilly is to Paul Rudd what Gina Carano is to Pedro Pascal.

Society has gone beyond the need to have Evangeline Lilly as Wasp in the MCU. Time to focus on THE REAL WASP aka Michelle Pfeiffer. https://t.co/i61GCmx6nT

The company has overcome the need to have Evangeline Lilly as Wasp in the MCU. It’s time to focus on the real Wasp, Michelle Pfeiffer.

Live view of Evangeline Lilly’s career in the MCU.

So who should replace Evangeline Lilly as Wasp in the MCU? My voice is Jennifer Connelly

So who should replace Evangeline Lilly as Wasp in the MCU? I vote for Jennifer Connelly.

Fuck Evangeline Lilly and kick her ass from the MCU.

Fuck Evangeline Lilly and kick her out of the MCU.

Disney, which owns Marvel, previously said the company would require its employees to be vaccinated. But after Florida Gov. Ron DeSantis signed legislation barring such a bond from happening in the state, the company couldn’t enforce it. In any case, Disney has not commented on the topic and the ongoing controversy for the time being.

Speaking of Ant-Man, if you want to know which villain will be back in the third part after Evangeline Lilly’s dumpling, you can read our previous article on the subject.