The Courier
HomeTechnologythese details of the poster announcing the arrival of Deadpool and Captain...
Technology 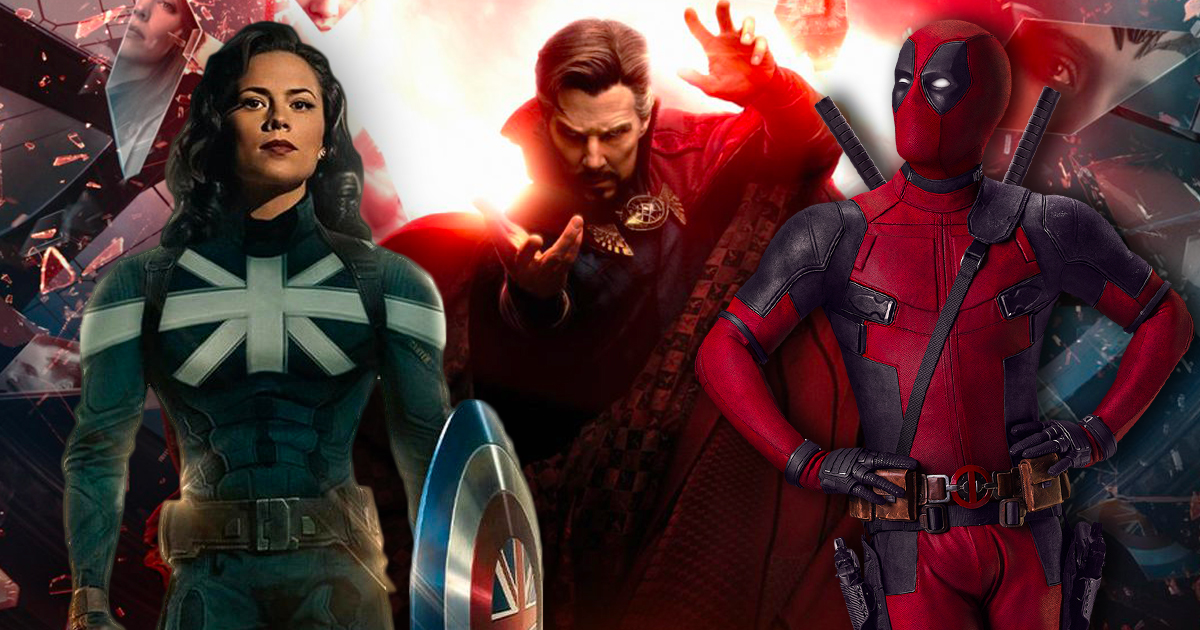 MCU fans were ecstatic after watching the Super Bowl trailer and uncovering all of its secrets. Doctor Strange in the Multiverse of Madness will explore Marvel’s multiverse in depth for the first time. This means that many alternate universe characters are expected to appear in the film.

To make our mouths water, Marvel revealed a new poster for the film shortly after the trailer was unveiled. And the least we can say is that this new poster is rich in details and information. Discover in this article all the Easter eggs that we could find there.

If there’s another project that has explored the diverse possibilities of the multiverse, it’s What If…?. For this reason, many fans also believe that the Doctor Strange in the Multiverse of Madness movie will take some elements of the animated series.

It is known that several variants of Doctor Strange will appear in the film. It even seems that we can count on Doctor Strange Supreme, who has already appeared in the What If…? series. From then on everything becomes possible and conceivable.

In the latest Doctor Strange in the Multiverse of Madness poster, we can see Captain Carter’s shield. As a reminder, the character is a variant of Peggy Carter, who we first met in Episode 1 of the series What If…? discover. Through this, we also discover an alternate universe where Peggy is given the Super Soldier Serum instead of Steve Rogers. So she transforms into a superheroine, carrying a shield and wearing a costume in the colors of Great Britain.

This Easter egg was a little harder to spot. However, some fans still managed to spot Deadpool’s presence on the promotional poster for Doctor Strange in the Multiverse of Madness. The shape of her face and the position of her hand over her mouth gave him away.

Now that Disney has acquired 20th Century Fox, Marvel will finally be able to bring the X-Men and Deadpool into its MCU. If Professor X has a role in the film, there’s no reason why Marvel’s craziest character shouldn’t be in the game too!

On the poster, the shards of broken glass suggest multiple versions of Wanda, Wong, Baron Mordo, America Chavez, and even Christine Palmer. Some of these are variants. Interestingly, at least one version of each character screams.

If you’ve already watched the trailer, this Easter egg shouldn’t surprise you. This new poster features the Doctor Strange Defender variant. He can be recognized by his white streaks in his hair and his mustache, which is not connected to the rest of his beard.

#5 The zombie version of Strange

At the very end of the latest trailer, it’s possible to catch a glimpse of a zombified version of Doctor Strange. The origins of this creature are not yet known. Despite this, there is a reference to this character in the film’s poster.

Slightly in the middle of the poster, we can see a piece of glass contrasting with the rest of the lot. This would refer to Chthon, a demonic entity that appears in the comics and is the origin of the Darkhold book.

The reference to Ultron is somewhat stealthy. It’s unclear if the character will appear in the film or if his appearance was just adopted to create new robots. However, this part of the poster is related to the strange creatures seen in the trailer.

Rintrah also appears on this poster. We don’t know if it’s a depiction of the creature or an image of it, but we clearly distinguish the character. For those who don’t know him yet, Rintrah is a magical being who worked alongside Doctor Strange in the comics.

Despite the poor quality, Captain Marvel fans will easily recognize the design in this image. In fact, it appears to be a remastered version of Captain Marvel’s logo. It could likely be related to the Maria/Monica Rambeau character or the Carol Danvers character who can be identified in the trailer.

By taking the analysis a little further, it would certainly be possible to make other connections to certain unexplained parts of this poster. However, we want to avoid risky assumptions and prefer to focus on the elements that we were able to decipher thanks to our analysis. Do not hesitate to let us know which Easter eggs have piqued your curiosity the most. So start with this article that explains why Michael Jackson could have played Spider-Man in the cinema.