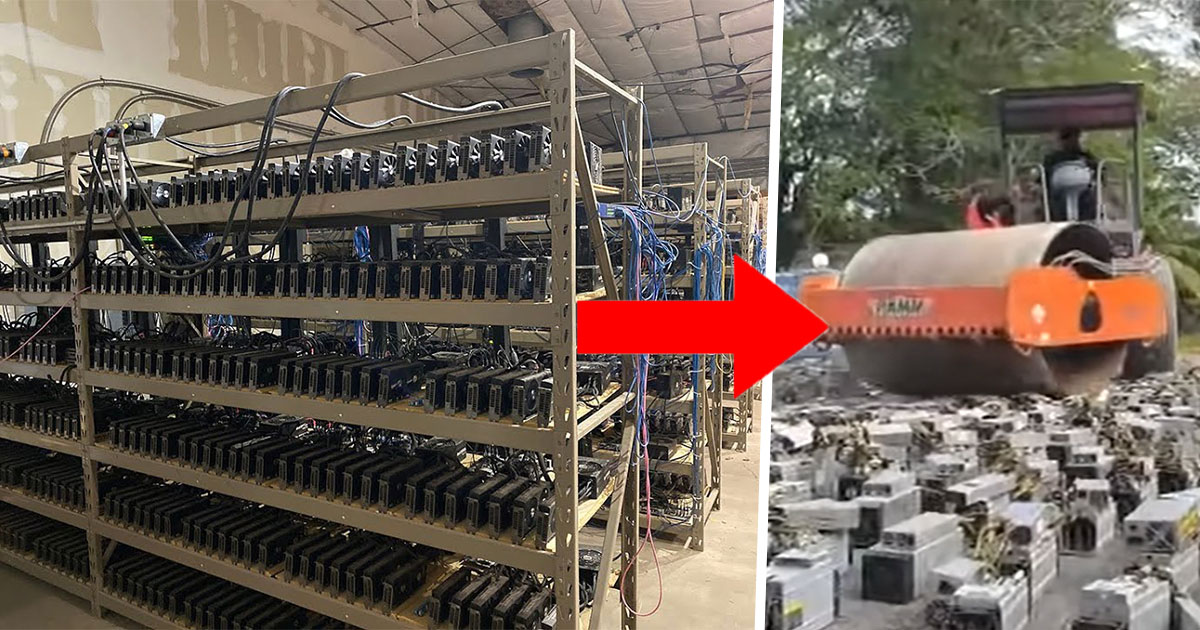 Agriculture with cryptocurrencies is on the rise. Still, some countries seem determined to wage war on those who undermine them. And for good reason, electricity theft can hide behind a cryptocurrency farm. Such is the case with this Malaysian farm that was discovered for its criminal consumption and, thanks to a perfect solution, had to see its computers disappear.

The internet is the place of all finds. Among the various content categories that can be found there, one should be classified as “very satisfactory”. Perfectly unrolled toothpaste tubes, objects crushed by a hydraulic press, water balloons exploded in slow motion, particularly pleasant pictures that relax and have a good time. Recently, it is the police in Miri City, Malaysia who can boast of being the source of such content. Local police carried out six raids between February and April to evict cryptocurrency miners.

While this practice is legal, it is illegal to divert electricity nearby to avoid large bills. And in those 6 raids, made possible on suspicion by a local energy company, eight men were arrested and 1,069 computers were confiscated. To send a message to the miners who are still active, the Malaysian police decided to destroy their equipment with a steamroller. An initiative shot with the aim of discouraging those who wish to continue this practice.

In a video of about 45 seconds we can discover a steamroller going through a thousand different configurations. The result is, of course, clear: computers become as thin as a MacBook. A satisfying and unusual video that has its charm. It remains to be seen how long this warning will last. Although the cryptocurrency market is in decline, it is expected to recover in the near future.