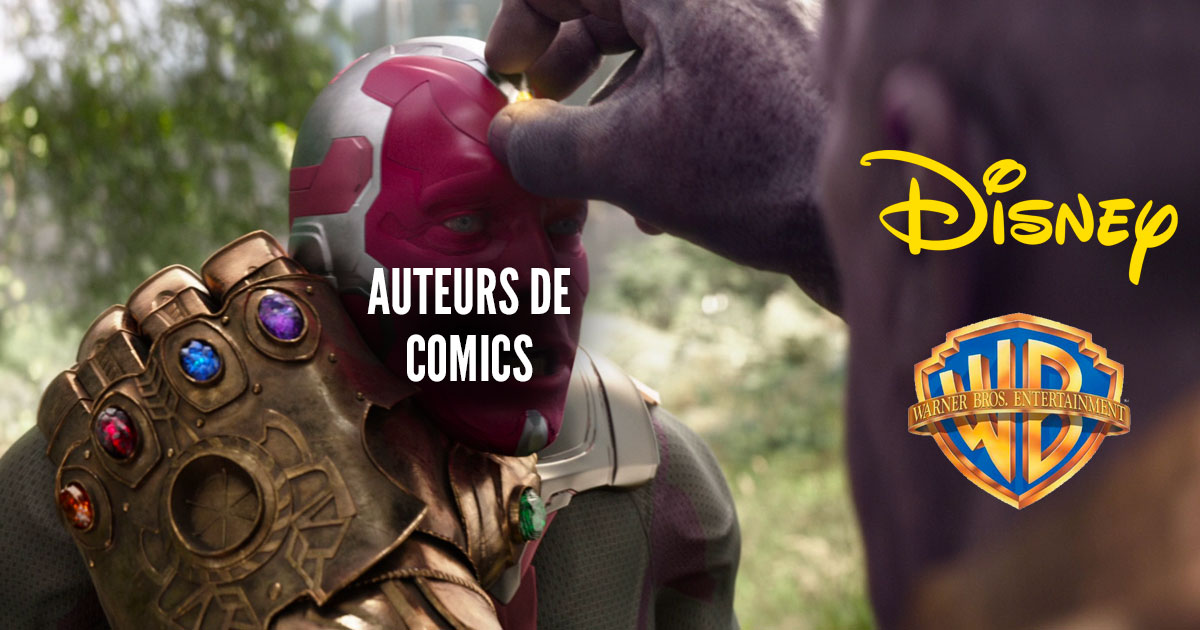 Known for their big budget superhero films, Marvel and DC are extremely important and influential studios. The blockbusters that come out of these production studios are for the most part more or less faithful adaptations of the comics. If the films make it possible to generate billions of euros and to discover the universe of comics of the greatest number, that is of no use to the comic book creators, who feel they are being disadvantaged by the studios.

Film studios like Marvel or DC generate billions of euros with every production. But you should know that all the films that come out of these studios are not original creations. That means the studios are inspired by comics, characters, features, but sometimes entire scenes from comics.

A Guardian article recently shed light on the situation comic book creators find themselves in where the distribution of the revenue from comic book adaptations is not at all favorable to them. Nonetheless, if the situation was known, the Guardian report brings a very important new element, which is the amount of compensation a comic book creator can receive. An anonymous author told the journalist responsible for the interview:

I was offered a “special characters” contract, which was a real downside, but it was either that or nothing. But instead of respecting the content of this deal, just send a thank you, like “And here is some money we owe you!” and the sum in question is five thousand. And you tell yourself by this point that the film grossed a billion dollars at the box office.

For example, the artists behind the characters or stories loaned from Marvel Studios or DC Entertainment are paid a compensation of 5,000 US dollars (or about 4,259 euros), as this author explains. A ridiculous amount when you know what each film brings to the studios. Note that multiple sources agree on this exact number, but some artists have also stated that sometimes they don’t receive compensation.

For some time now, more and more comic book creators have been speaking publicly about their experience that their ideas are exploited by some large corporations when they have little or no financial benefit.

You should know that most of the creators at Marvel or DC are contractors who work to order and don’t own what they make for the publishers. The creators of comics can still sign a contract for “special characters”. This relatively rare form of contract, which is not necessarily used in practice, provides that the creator can claim a profit share if his character is borrowed from the production studios and is the subject of an adaptation.

Note, however, that these contracts are limited to the characters and do not apply to the storylines themselves. In addition, some artists did not even know about the existence of this contract.

Another example of the lack of recognition from comic book creators is an event that took place during the first public screening of Captain America: The Winter Soldier. Screenwriter Ed Brubaker and cartoonist Steve Epting were invited and came despite their displeasure with Disney. When they realized that their names were not on the official guest list, the two men were refused entry. Brubaker had to call the Winter Soldier’s interpreter, Sebastian Stan, to attend the demonstration. An amazing scene to imagine but which illustrates the situation that comic book creators find themselves in.

Other makers have also spoken about it, such as the author Todd McFarlane or the screenwriter Rick Remender. Much of what the Guardian reporter has gathered comes from screenwriter Paul Levitz, who has worked for DC for over 35 years and was its president in the 2000s, as well as writer and journalist Ta-Nehisi Coates and other anonymous artists.

Also, if this article has interested you, you will surely love to find out why Scarlett Johansson’s complaint against Disney is part of a great production.

the 9 new games that Nintendo presented at this conference

NiT readers have already selected the winner of the Song Festival

Pokimane meets his fans for a hot tub stream

Links demos for May 1 – riots in various cities | Free press