these bugs that made Star Wars fans react 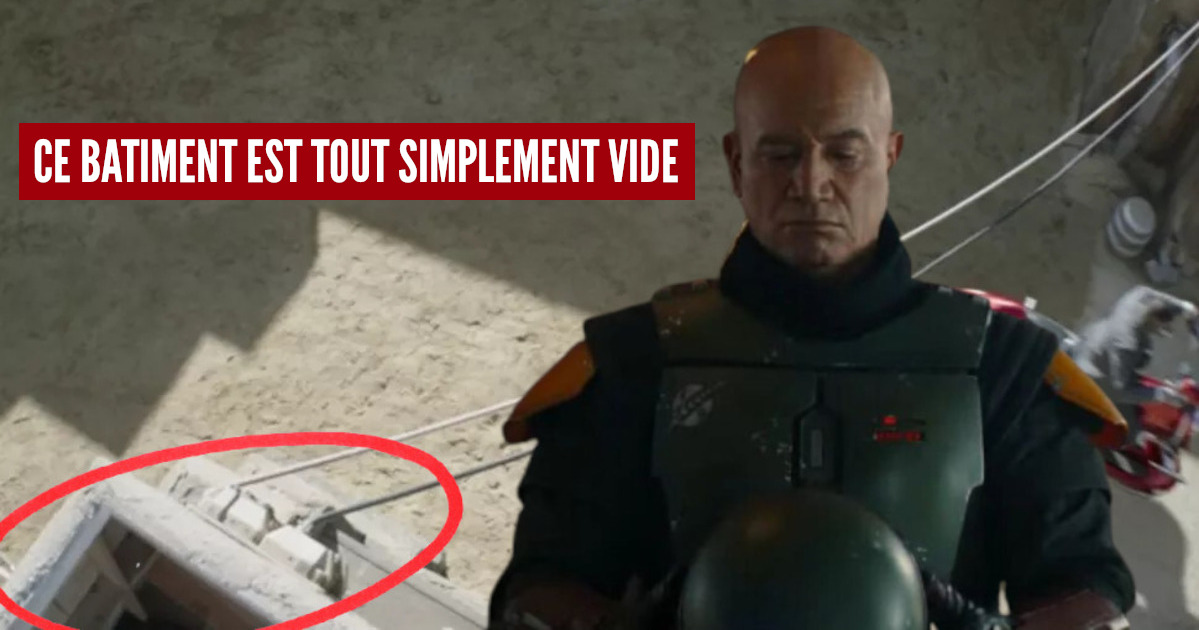 While The Book of Boba Fett is under the ire of the press and the public, bugs have been discovered in Episode 4, which released a few days ago on Disney+.

Boba the (too) good

Unfortunately, the Star Wars series The Book of Boba Fett hasn’t enjoyed the same success as its oldest, The Mandalorian. Since its release, the famous bounty hunter has continued to reel as episodes follow each other (with the exception of the very good episode 2).

In terms of criticism: a main character that is too empathetic and too often armorless, a sluggish plot, useless scenes, sometimes lazy production and maybe a little too outrageous fan service.

If the series doesn’t shine with its quality at the moment, certain inconsistencies and mistakes weigh on the grade. In episode 4, the latest show on the Disney+ streaming platform, several details got fans of the license ticking.

First, Boba Fett intends to infiltrate the palace of the late Jabba the Hutt and abode of Bib Fortuna to recover his ship in order to reclaim his armor lodged deep in the stomach of the Sarlacc, the creature that killed him in Episode 6 of the Trilogy: Return of the Jedi, but not digested.

Problem: In episode 1 of the series that started on December 29th, one of the first scenes shows the famous bounty hunter breaking out of the Sarlacc with his armor. This seems to be a gross script error, especially since Boba could not have survived without him in the belly of the beast because of the very strong acid that prevails there.

Maybe he was trying to get Fennec Shand to believe this to get revenge on the monster. An episode that would be under the sign of revenge, since we know that in the last moments Boba annihilates the Nikto gang responsible for the annihilation of the Tuskens camp that collected him. Still, this idea seems unlikely to make sense, it’s hard to imagine Boba acting like this, especially since his new, bolder writing.

Another detail made Internet users react. The controversy surrounding the ship’s name more or less came to an end last year when Disney changed the name (previously Slave-I) to Firespray due to the term’s slave connotation. However, the name was at odds with the community (it means aerosol in French). Thus, the name of the company with the big ears has not been officially held. However, Boba Fett interpreter Temuera Morrison actually calls him Firespray on the show.

These inconsistencies reflect an error spotted by a TikTok user in Episode 3. So during the chase of the much maligned “Modified” at minute 33 of the episode during a stop in the picture we can see that a building in the lower left corner is just empty.

Straight out of the mind of one Robert Rodriguez (director of episodes 1 and 3), these characters didn’t need it as their “Vespas” and the chase scene were not only spurned but created a really bad stir on the networks .

For your part, what do you think of this inconsistency discovered in this Episode 4? Feel free to share your feelings in comments.

Share
Facebook
Twitter
Pinterest
WhatsApp
Previous articleSofia Vergara shocks everyone with a changed look for a new role on the series
Next article“Crimes Submersos”: The new series about the murder of a Portuguese man in Spain