these 8 differences between the DCEU and the comics 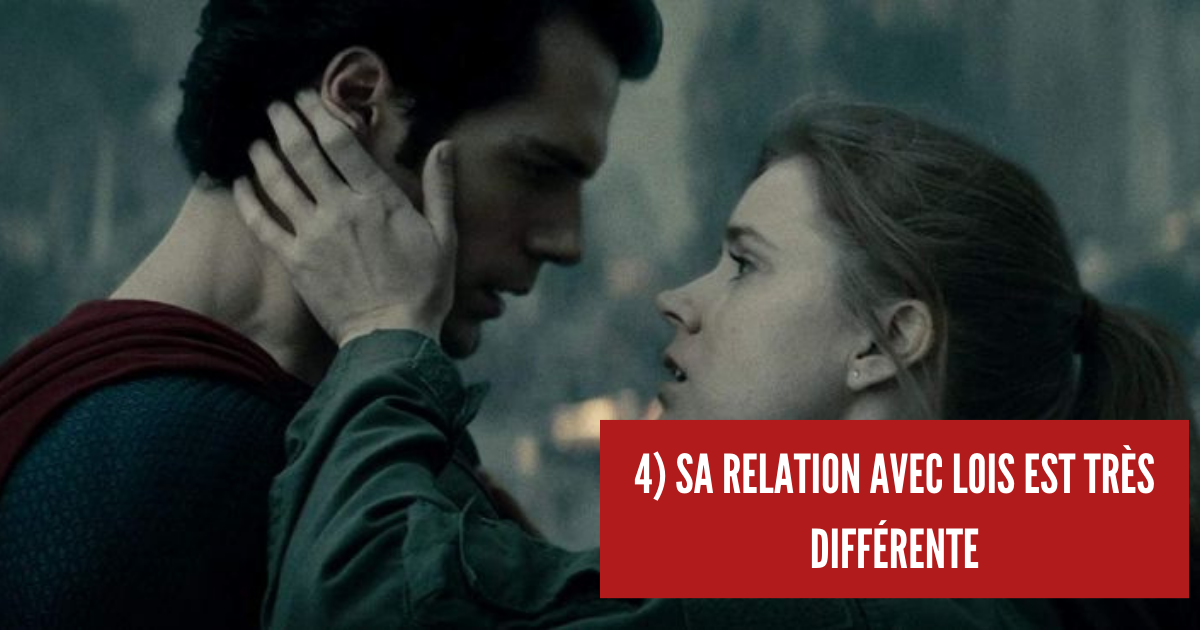 Superman is one of pop culture’s most iconic characters, and one would assume that films based on the character would be easy to make given the material already available. But history has shown that adapting a work for the big screen is not that easy. For the DC Extended Universe (DCEU), one of the main reasons for the mixed reception of certain films is the stark difference between the version of the character shown in the later films and the version introduced in the comics. And if DCEU’s Superman has its fans, some regret an adaptation that would be more faithful to the original works.

1) His father raised him in selfishness, which changed his way of understanding the world

In the comics, Jonathan and Martha Kent created Superman’s base in their adopted son, Clark. They taught him to always help others, to use his powers to make the world a better place, and to be selfless. This greatly influenced the superhero he became and made him an icon admired by all. But the DCEU’s Jonathan Kent took a very different approach to raising his son, teaching him to hide his powers and not helping others, going so far as to give his life for it. This decision completely changed the way Clark approached the world and the idea of ​​superheroes, and made the DCEU a very different place.

2) He spent years hiding from the world

In the comics, between graduating and moving to Metropolis, Clark Kent went to college and then traveled the world. During this time, he not only learned to be a good journalist, but also secretly worked to help those around him, using his powers to change the game. But in the DCEU, Clark took a very different path. There’s no indication that he went to college, although he certainly did, but beyond that he’s mostly been hiding from the rest of the world. He used his powers only when absolutely necessary and kept a low profile, as his father would have liked.

One of Superman’s characteristics in the comics is that he only fights as a last resort. He gives his enemies every opportunity to surrender, only engaging in combat when he has to, always doing his best to minimize damage to surrounding civilians. He knows that a fight is often inevitable, but he prefers to avoid it unless he has to. However, the DCEU’s Superman now seems more prone to violence. Though he tried to talk to his enemies, for the most part he’s a hero who strikes first and asks questions later. He plays his more violent aura on several occasions and is a much more menacing presence.

4) His relationship with Lois is very different

Lois Lane and Superman are probably one of the most iconic couples in comic book history. She has proven time and time again that she is more than worthy of being the Man of Steel’s partner and contributing to the success of some of the most dangerous missions. The two characters seem to complement each other perfectly and form the perfect duo for all situations. But in the DCEU, their relationship takes a very different direction. Their relationship resembles more of a stereotypical male-female relationship, thereby losing depth and tending to do the characters a disservice.

5) Jimmy Olsen is completely absent from his life

Jimmy Olsen is one of Superman’s closest allies in the comics. He has been part of the Superman mythos from almost the beginning and will accompany the superhero on many of his adventures. On the one hand, his relationship with Superman allows him to stay in touch with reality, and on the other hand, it has allowed Jimmy to live a life he never thought possible. In the DCEU, Jimmy Olsen was an undercover CIA agent who was killed while on assignment as a photographer for the Daily Planet. There is no indication of a relationship between him and Clark. This deprives DCEU fans of a valuable piece of Superman lore.

6) His death is very different

The Death of Superman is one of the most famous Superman stories. Pitting the superhero against the horrible end of the world is a battle he will fight almost entirely alone. Aside from the Justice League, which clearly can’t keep up, Superman’s entire battle against this formidable foe is a lonely struggle against a force that seems almost unbeatable. The point of the story was to show how far Superman is willing to go to save innocent people. While his death has a similar purpose in the DCEU, it’s very different. Because Doomsday becomes a being artificially created by Lex Luthor from the body of General Zod, and the fact is that Superman is no longer alone since he has Batman and Wonder Woman at his side, which changes a lot.

7) He is weaker than in the comics

Superman is one of the most powerful superheroes ever created. His powers have evolved a lot over the years, but he still ranks among the most powerful heroes. While this is also the case in the DCEU, it remains weaker than its comic book counterpart. While he’s still a formidable opponent, if he really was as powerful as he was in the comics then he should have defeated Zod’s minions a lot easier since they’ve only recently started benefiting from the yellow sunlight. We then see that the films often weaken the strongest characters, so it’s not surprising that Superman is no exception to the rule.

8) His relationship with Batman is very different

In the comics, Batman and Superman were part of the so-called “World’s Finest Team” (literally: the best team in the world). While they don’t get along perfectly, they’re actually good friends and their relationship doesn’t start out as antagonistic as it did in the DCEU. Although there has been a lot of repetition of the beginning of their relationship, at least they approach each other as heroes. But the relationship between Superman and Batman in the DCEU only improved after the much-maligned “Martha scene.”

And to continue in the same topic, if you want to discover the moments when superheroes killed their worst enemy then you’ve come to the right place.