these 5 characters that could have saved Grogu during Order 66 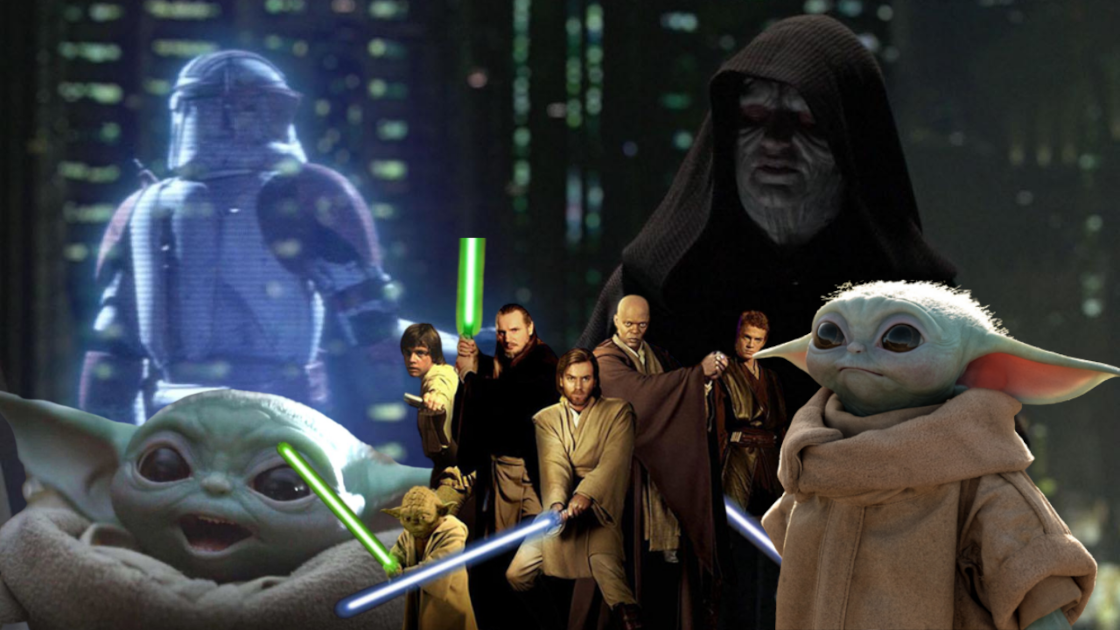 This article contains spoilers for the latest episode of The Book of Bobe Fett. Episode 6 of The Book of Boba Fett brings iconic characters from the Star Wars universe back to the fore. Din Djarin is back and decides to visit little Grogu, who has already started his apprenticeship with Luke Skywalker. The opportunity for the bounty hunter to also meet with Ashoka Tano. During the episode, viewers learn more about Grogu’s past. The latter survived Order 66, but no one knows who his savior was. Here are five characters who could have helped him.

Order 66 is Palpatine’s terrifying plan to kill as many Jedi as possible and upset the balance of power. The Chancellor places a control chip in the minds of all clones who rebel against their former masters and are tasked with carrying out Order 66. A terrifying plan orchestrated in Revenge of the Sith and the animated series The Clone Wars and The Bad Batch. In Episode 6 of The Book of Boba Fett, viewers learn that young Grogu was protected by three unknown Jedi during Order 66. A sequence showing that these three Jedi failed to rescue Grogu from the Empire’s clutches. But then who saved Grogu during Order 66?

Even now, the three Jedi featured in The Book of Boba Fett’s flashback are unidentifiable and logically shouldn’t be major characters in the license. But to rescue Grogu from the Empire’s clutches during Order 66, a powerful character must have been involved in the rescue. Obi-Wan Kenobi and Yoda can be excluded from this possibility. The first is about Mustafar confronting Anakin, while the second is fleeing with Senator Organa after abandoning Palpatine. Also Ashoka Tano cannot have saved Grogu as she is on the planet Mandalore plagued by the terrible Darth Maul. However, here are 5 characters that could have saved Grogu during Order 66.

This is one of the strongest theories. Jocasta Nu, played by Alethea McGrath on Attack of the Clones and voiced by Flo DiRe on The Clone Wars series, is a good contender for the title. The latter is the faithful librarian of the Jedi Temple of Coruscant. We know she survived Order 66 thanks to the Darth Vader: Dark Lord of the Sith comics. A comic that tells how the old woman decides to start a new school for Jedi before being hunted by Darth Vader. Her loyalty to the Jedi, excellent knowledge of the Jedi arts, and deep benevolence make her a perfect candidate. Perhaps Jocasta Nu saved Baby Yoda during Revenge of the Sith.

Asajj Ventress was developed for the Clone Wars animated series in 2003 and then returned in the second series The Clone Wars. First an apprentice of Count Dooku, she later becomes more ambiguous. Character much appreciated by fans of Dave Filoni’s series, she hasn’t yet had the right to introduce her in a live-action production and fans are eagerly awaiting this phenomenon. As she develops, Ventress begins to doubt the dark side of the Force and decides to help Ashoka Tano before disappearing into the night in the final season of The Clone Wars. Nobody knows what the terrible Ventress did during Order 66. What if she was the one who saved Grogu?

Yes, we know during Order 66 the Bad Batch squadron is not on Coruscant as they play a role in rescuing Kanan Jarrus from the clones’ clutches. But maybe Grogu has fallen to the Empire after all. Perhaps the Bad Batch was later hired to retrieve Baby Yoda from Darth Vader. Whether it was the Bad Batch or other mercenaries, Grogu undoubtedly passed through many hands before coming under the wing of Din Djarin. Maybe even many bounty hunters like Cad Bane, Boba Fett, Han Solo or The Bad Batch were hired to recover Grogu just like Din Djarin in the first episode of The Mandalorian.

What if the greatest traitor in Jedi history did one last good deed before finally descending to the dark side of the Force? During Order 66, Anakin wanders the Jedi Temple, killing everything in his path, even young Padawans. Perhaps a last glimmer of clarity or kindness could have enabled Anakin to rescue little Grodu from the Sith’s clutches at the last minute. After all, he was on the front line during the attack on Coruscant and at that fateful moment was in the best position to rendezvous with Grogu. And maybe before he confronted Master Obi-Wan, Anakin could take a detour and get Grogu to safety. We also know that Anakin and Grogu were born in the same year. Perhaps this detail created a mystical connection between the two protagonists that would explain this last good deed of Anakin.

This is the most exciting theory of all. What if Mace Windu had survived his supposedly fatal fall? Played by Samuel L. Jackson, the character is thrown out the window by Palpatine. A death that remains extremely tendentious. After all, Darth Maul and Palpatine have survived much worse, and Mace Windu is an extremely powerful character. Perhaps the Jedi with the purple lightsaber quickly recovered from his wounds and used his last strength to save little Grogu. Also, many fans are waiting for his return to the Star Wars universe. That’s good, Boba Fett has a score to settle with him…