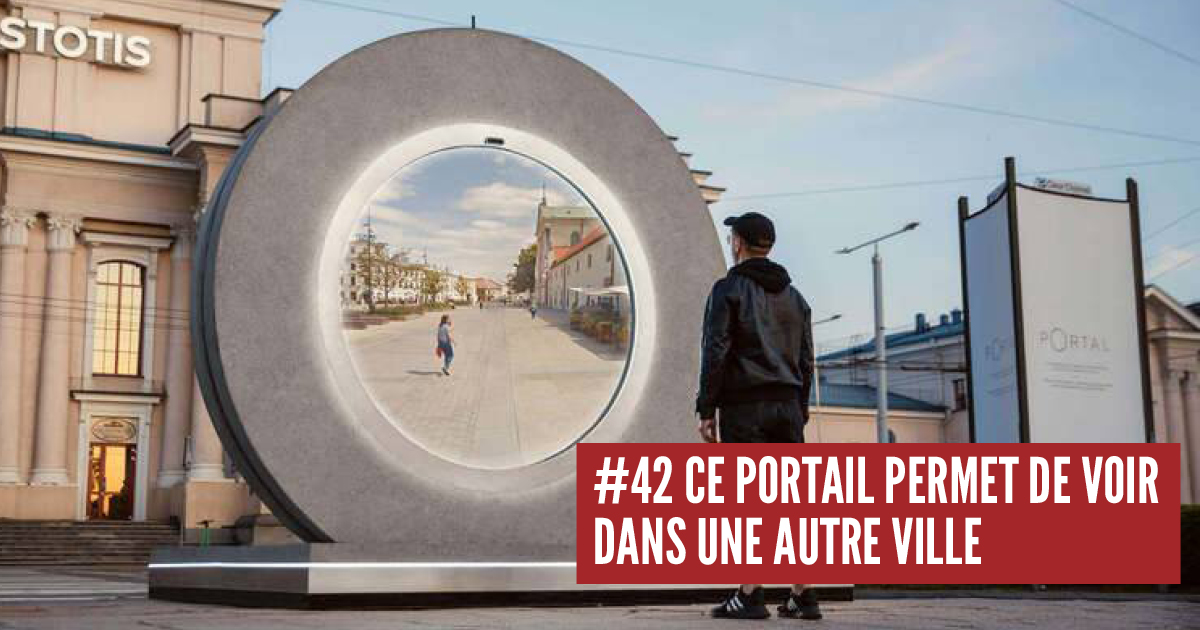 If you think you’ve seen it all, you’re not spending enough time online. Even we, whose job it is, continue to learn many things by surfing the Internet. This is made possible in particular by sites like “Yup thatexists” (which translates to “Oui, çaexiste” in French), which show us that the world is constantly changing. Check out our compilation of their top 45 most unbelievable facts that actually exist in real life.

Architects Davit and Mary Jilavyan created a boutique hotel by digging into rocks.

A company has developed a portable aquarium called the “Katsugyo Bag” so you can take your fish with you on the go.

A British artist has opened an underwater art gallery that can only be visited with scuba gear.

Oreo builds a bunker to protect its recipes and cookies for future civilizations.

An Arizona company agrees to freeze you in liquid nitrogen for $200,000 in hopes new technology will bring you back to life. Your head alone will cost you $80,000, and animal prices start at $2,500.

Copenhagen’s power station turns its roof into a snow-free ski area for the public.

To boost tourism, a Chinese city has grown a QR code made from 130,000 trees that can be scanned by passengers on passing planes.

This artist uses the oxidation of banana peels to create hyper-realistic images.

Artist Faig Ahme creates rugs that give the impression of being melted.

An artist immersed a dress in the Dead Sea for 7 years. She transformed into a shimmering, salt-covered masterpiece.

This 1,400-year-old gingko tree sheds a spectacular ocean of golden leaves once a year.

A company makes fire starter logs in the shape of human skulls for the perfect Halloween bonfire.

One company makes maze-shaped slatted frames to entertain your cat while she sleeps.

A group of Turkish engineers turned a BMW into a working transformer.

Hilden and Diaz create chandeliers that cast spooky shadows and transform your room into a magical forest.

It’s not a man weary of his journey, it’s a bronze statue found at the Orlando airport.

Photographer Daniel Biber captured starlings using a technique called “marbles,” which can be seen when the birds cluster together into a giant shape used to deter predators.

Street artist Biancoshock transforms old shafts into furnished rooms in houses to draw attention to the growing number of homeless people in Romania.

Instead of buying a rug, you can hire this artist named Selva Aparicio to carve one out of your wooden floor.

A company makes ashtrays that allow people to vote with their cigarette butts. This reduced waste by 46%.

This chromatic color typewriter was created to produce works of art.

An 80-year-old Japanese man spent his incarceration creating a work of art with Excel.

The Great Blue Hole is a massive cenote in Belize’s turquoise waters. It has a depth of 124 meters and is now home to several families of hammerhead sharks.

An artificial intelligence robot programmed to give ethical advice has turned racist and homophobic after examining 1.7 million human examples.

Ben&Manu carpenters create coffee tables with mountains carved on them.

A Danish architect builds oval plots to create more space for a courtyard and garden.

These traffic lights in India are equipped with LED lights that run down their pole to make them more visible.

The Russian village of Kamenka has unveiled a giant statue of three-headed dragons spitting real fireballs.

A grocery store in Dublin has discovered 11th-century Irish Viking ruins and built a glass floor for customers to see while shopping for milk.

Strange prehistoric plants have been found alive on the top of Mount Kilimanjaro.

Several Japanese railway companies have tested blue LEDs at stations and found a 74% decrease in suicides.

A yellow penguin has been photographed in South Georgia for the first time in history.

A Kenyan start-up has discovered a way to recycle plastic waste and turn it into bricks that are stronger than concrete.

Harvard has a library that keeps the rarest colors in the world. It contains pigments from extinct insects, mummy bandages and extremely rare metals.

Japan uses the Daisugi technique to grow wood without using a ton of soil.

The city of Vilnius, Lithuania, has installed a “portal” that shows you what’s happening in another city in real time to help people stay connected during the pandemic.

Finnish farmers have sprayed their deer with reflective paint to reduce the risk of road accidents.

Yasuhiro Suziki, a Japanese designer, created a boat in the shape of a giant zipper that appears to be opening water.

The Corpus Museum in Holland is the only museum in the world that takes you inside the human body.

Keep Cultivating With These 30 New Historical Facts You May Not Know.