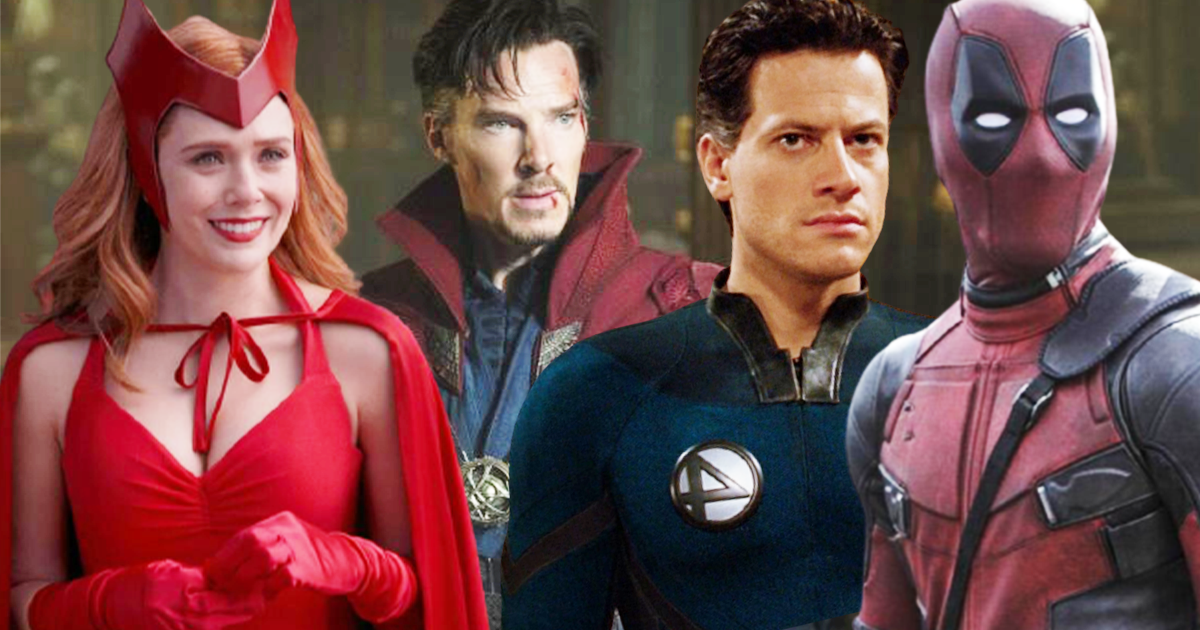 With the opening of the Multiverse, Doctor Strange 2, or Doctor Strange in the Multiverse of Madness, should introduce us to a ton of Marvel characters. Here is an initial list of all the information we have right now about the MCU’s next most anticipated movie. The characters we saw in the trailer won’t appear on this list (except America Chavez, as few internet users know them).

Warning: this item contains loot related to the Loki series, the WandaVision series, the What-If series …? and the movie Spider-Man: No Way Home. Don’t read any further if you don’t want to read it.

Given that the Loki series was the starting point for the opening of the MCU multiverse, it is very likely that the main characters of the series will be coming back for Doctor Strange 2. Loki and his variant Sylvie have every chance to appear in the series, together with Mobius and of course Kang.

Since Disney took over 21st Century Fox, fans have been eagerly awaiting the day the X-Men make their MCU debut. That day could come with Doctor Strange in the Multiverse of Madness, as rumor has it that Patrick Stewart will repeat his iconic role of Professor Charles Xavier. And according to these rumors, the character is portrayed as a key member of the Illuminati that Strange would meet with America Chavez on his journey across the Multiverse. Case continues!

Another Fox-owned Marvel character who could appear in Doctor Strange in the Multiverse of Madness is Reed Richards, who was once played by Ioan Gruffudd. Source MyTimeToShineHello, known for dropping material on future MCU films, claims actors Ioan Gruffudd and Jessica Alba will appear in the film. The latter are reportedly members of the Illuminati alongside Professor Xavier.

4) An anonymous Fox Marvel character who could be Wolverine

Alongside Professor Xavier and Mr. Fantastic, reports claim that another character from Fox’s Marvel films will make her debut in the MCU, and more specifically in Doctor Strange in the Multiverse of Madness. No details have been revealed as to who this character is, but it has been rumored that Scarlet Witch will fight him, which could lead to one of the “craziest action scenes in the MCU”. There are rumors that it could be Wolverine. But if you have any idea who else it might be, we look forward to your message in our comment area!

Some toy leaks related to Doctor Strange in the film Multiverse of Madness explain that the film will feature a rather obscure Marvel character named Sleepwalker. In the comics, Sleepwalker is a supernatural hero who has the power to travel in dreams while his host sleeps. It’s not yet clear what role Sleepwalker will play in the next movie, but its inclusion in the merchandise lineup seems a bit too specific to have placed there by chance.

Another character whose introduction was suggested to us by the toy lists for Doctor Strange in the Madness Multiverse is D’Spayre, a demonic villain who uses telepathic powers to scare people. In the comics, D’Spayre is a servant of Dweller-In-Darkness, the last villain of Shang-Chi and the legend of the ten rings.

This large mass of bovine muscles, commonly referred to as the Minotaur in our everyday language, should be on the good side if rumors are to be believed. He should play an important role as he is an extremely powerful wizard who in another dimension will be the apprentice of powerful wizards like Enitharmon the Weaver and another version of Doctor Strange.

Tobey Maguire’s return as Peter Parker in Spider-Man: No Way Home has caused a stir among comic book fans around the world, and if reports are to be believed, he’s not finished yet. Rumors have it that Maguire will return in the sequel to Doctor Strange, and while the extent of his role is unknown, it is undeniable that a reunion between him and Sam Raimi (who led the Spider-Man trilogy with Maguire) would be absolute magical.

Rumor has it that Stephen Strange would meet Deadpool in the Multiverse alongside X-Men.

The same report that claimed Patrick Stewart’s Professor Xavier would return in Doctor Strange in the Multiverse of Madness. The Illuminati would use Ultron’s guards, and they would apparently fight Strange before capturing him. Given that the what if …? Represented an incredibly powerful variant of Ultron with the ability to travel between dimensions, the return of its Guardians would make an interesting connection to this series while also realizing how powerful the MCU’s Illuminati are.

Captain Carter has emerged as one of the most popular characters in What If …? exposed. Marvel, so it’s no surprise that rumors of his return to Doctor Strange are making the rounds in the Multiverse of Madness. In particular, it was rumored that the Super Soldier variant of Peggy Carter would appear alongside Professor Xavier and Mr. Fantastic. The makers of What if …? have already confirmed that Captain Carter will be returning to the MCU in the near future, and everyone is betting on Doctor Strange 2 for the time being.

12) the return of Billy and Tommy

The first official trailer for Doctor Strange in the Multiverse of Madness has revealed that the film will follow the events of WandaVision. However, the show’s post-credits scene indicated that Scarlet Witch would now do anything, including studying the Darkhold, to find their children in the Multiverse. So it’s a sure thing that we’ll see Billy and Tommy again in the movie.

A prop master who helped make Doctor Strange 2 announced online that he had worked with “significant amounts of arrows.”

So, two extras were listed as archers for Doctor Strange in the Multiverse of Madness and lots of real and stunt arrows were made … pic.twitter.com/FklRlPLn75

It’s hard to imagine these belonging to any characters other than Hawkeye and Kate Bishop, whom we recently found on the Hawkeye series.

Miss America, also known as “America Chavez”, will be there, as we saw in the trailer for the film. In the comics, America Chavez was raised by her mothers in the utopian parallel, a timeless reality, and in the presence of the being known as the Demiurge. She appears to have inherited or absorbed some of the Demiurge’s superpowers.

She travels through various realities and eventually adopts the nickname Miss America when she secretly begins to act as a superhero. Chavez possesses superhuman powers and can also fly. Most importantly, she has the unique ability to open star-shaped holes in reality, allowing her to travel across the multiverse and into other realities.

And if you want to see the official synopsis of the upcoming Marvel movie, you can find it here.