The Courier
HomeWorldThese 16 references to the Star Wars saga should not be missing...
World 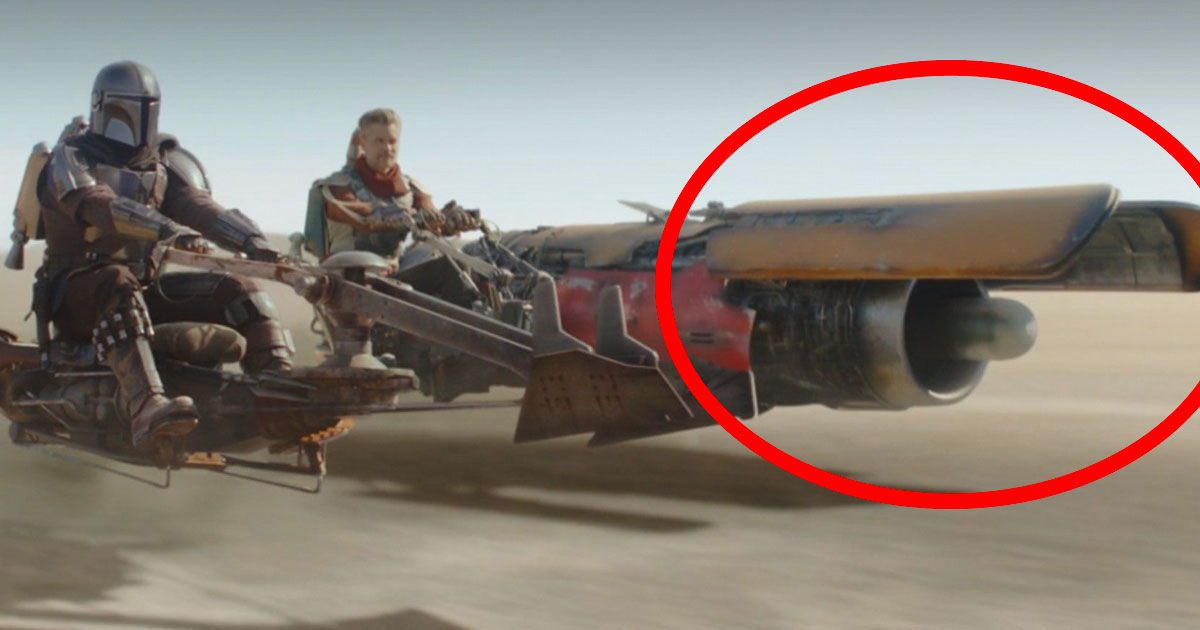 After a few months of waiting, Episode 1 of Season 2 of The Mandalorian was finally released this morning. The adventures of Din Djarin and Baby Yoda continue and for this new chapter we still have the right to many references to the Star Wars saga. We’re taking stock of these 16 little details not to be missed. Warning, the rest of this article contains a lot of spoilers. If you haven’t seen the episode, it’s time to close the page.

As in the first season, this second season offers us a lot of fan service and very nice references to the Star Wars saga. We take stock.

From the first minutes of the episode we can see graffiti against the empire. You can see Strikethrough Stromtroopers tags. The fall of the empire has already taken place, but its years of reign still seem to mark the spirits.

It’s a very well-known species from the Star Wars saga that we saw in The Mandalorian season one. Here someone guards the gate to the battle arena.

The big green pigs who guarded Jabba’s palace in Return of the Jedi are back to fight in the arena.

One of the men attacking Din Djarin in the battle arena is from the Zabrak race, the same race as Darth Maul.

After Din Djarin and Baby Yoda visited it in season 1, they are back on Anakin Skywalker’s home planet.

Pit Droids are the tiny maintenance droids that can be seen in The Phantom Menace during the Podracer Race. They can be seen here at Peli Motto.

Also at Peli Motto we can see R5-D4, this little droid is not unknown as it is the first droid that the Jawas wanted to sell to Luke’s uncle in a new hope before they gave R2-D2 because the first was defective.

When Peli Motto shows Din Djarin the map of Tatooine, Peli conjures up Mos Esley and Mos Espa, two cities that Star Wars fans will know because the first is the Cantina in New Hope and the other is the city. where Qui-Gon finds Anakin in The Phantom Menace.

Mos Pelgo is first mentioned in a live version of Star Wars, but this city already existed in the books of the expanded universe.

Cobb Vanth is first seen in the flesh, but the character already existed in the Star Wars universe. His story was told in the novel Star Wars: Aftermath.

As reported in Aftermath, Cobb Vanth restored Boba Fett’s armor by buying it from Jawas. This is the first time the armor has been checked since the Jedi returned.

The great mammoths of the Star Wars universe and the attackers of Tatooine are back in Season 2 Episode 1.

The bike that Cobb Vanth uses is made from one piece of Podracer. The front of his bike clearly looks like Anakin’s mod in The Phantom Menace.

The big animal that Boba Fett eats in Return of the Jedi is not back, but we can see a well that this type of creature is hiding in. Here the fountain is occupied by a Krayt dragon.

When Din Djarin goes solo against the Krayt Dragon, he slaps Cobb Vanth in the back, just like Han Solo did when the Jedi returned.

If you had any doubts, it is Boba Fett who appears in the final seconds of the episode. Actor Temuera Morrison is back to give the character his traits after playing Jango Fett and the Clones in the preface.

So much for those little details that should be noted in Episode 1 of Season 2 of The Mandalorian. See you next week for episode 2.