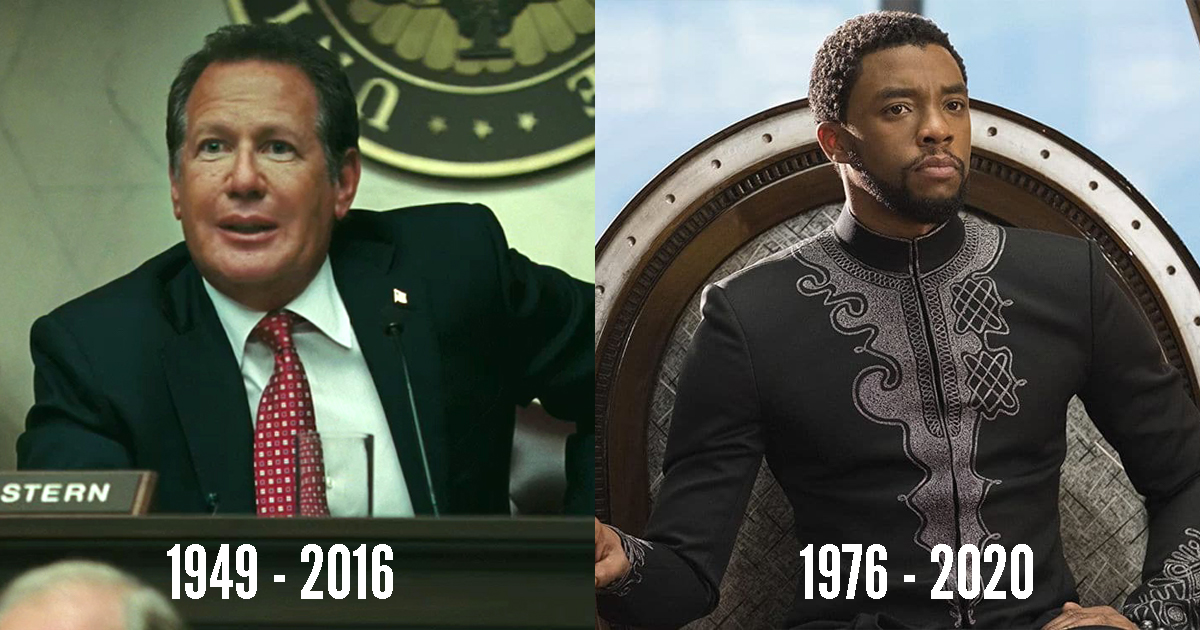 The Marvel Cinematic Universe brings together a number of films dedicated to Marvel Comics superheroes such as Captain America, Iron Man, Thor, Black Widow, and the Hulk. In 2008, Iron Man hit theaters and was the MCU’s first film. A lot has happened in thirteen years and unfortunately some actors have left us. In this article, discover the list of actors missing since the MCU’s first films.

Garry Shandling plays Senator Stern. Although his role within the MCU is minimal, his character appears multiple times in the films Iron Man and Captain America. The Senator was determined to steal Iron Man’s armor so he could equip the U.S. military with it. In Captain America 2, it is revealed that Stern is actually a member of HYDRA, the MCU’s terrorist organization.

Iron Man 2 follows Tony Stark’s adventures after he reveals his identity to the world. The film features a villain, Yvan Vanko, played by Mickey Rourke, who has vowed to avenge his father, who died because of Iron Man. Yevgeni “Eugene” Lazarev played the role of Anton Vanko, Yvan’s father, and was a relatively well-known actor in Russia.

Miguel José Ferrer played as Vice President Rodriguez in Iron Man 3. He is best known for his roles in the series Twin Peaks, Proof and NCIS: Los Angeles. Born on February 7, 1955, the actor died of throat cancer on January 19, 2017 at the age of 61.

Neil Fingleton is the actor behind Ultron, the evil artificial intelligence accidentally created by Tony Stark and Bruce Banner. Ultron appears in the 2015 movie Avengers: Age of Ultron.

After his career as a professional basketball player, Neil Fingleton decided to pursue a career in cinema that was quite successful for him. He has, in fact, played in Doctor Who, Game of Thrones, and Marvel. The actor was also the tallest man in Great Britain, he was eight feet tall.

In 2013 and 2014, Bill Paxton starred in 8 episodes of the first season of the Marvel series: Agents of SHIELD, where he played the character of John Garrett.

Powers Allen Boothe played the role of Gideon Malick in The Avengers and Agents of SHIELD.The actor was born on June 1, 1948 and died of natural causes on May 14, 2017 at the age of 68.

Harry Dean Stanton played the role of a security guard in Avengers. He is best known for his role in Paris, Texas of Wim Wenders, which won the Palme d’Or at the 1984 Cannes Film Festival.

Reginald Eugene Cathey played Reverend James Lucas in episodes of Luke Cage. He is known to have appeared on episodes on series such as Star Trek: The New Generation, Homicide, Listening, The Corner, and Oz. He also appeared on the hit series House of Cards.

Lee Moore played Scott Lang when he was 93 years old in Avengers: Endgame.

Stan Lee is the creator of many heroes in the Marvel Universe and the author of numerous comics. He is also known for his cameos in the various films that make up the MCU. Among them we can mention:

Oreo (2009 – 2019) is the raccoon whose movements and behavior formed the basis for Rocket’s digital creation in Guardians of the Galaxy.

Andrew Gregg played the role of a SHIELD agent in the SOS Part 2 episode of the Agents of SHIELD series. His real life brother is none other than Clark Gregg, who plays Phil Coulson in the MCU.

Chadwick Boseman is the actor who plays the role of T’Challa aka Black Panther in the film of the same name, which was released in 2018. At the time of its release, Black Panther broke all box office records with $ 1.3 billion in revenue. In addition to its 7 Academy Award nominations, the film won 3 Academy Awards, including Best Picture in 2019. Additionally, Chadwick Boseman was featured in the 2016 film Captain America: Civil War to the MCU and repeated his role in Avengers: Infinity War and Endgame.

Born on November 29, 1976, the actor died of colon cancer on August 28, 2020 at the age of 43. The announcement of his death worried many people; in fact, Boseman had kept his illness a secret.

If this article interested you, you will surely discover the actors’ first appearance in the MCU compared to the last.