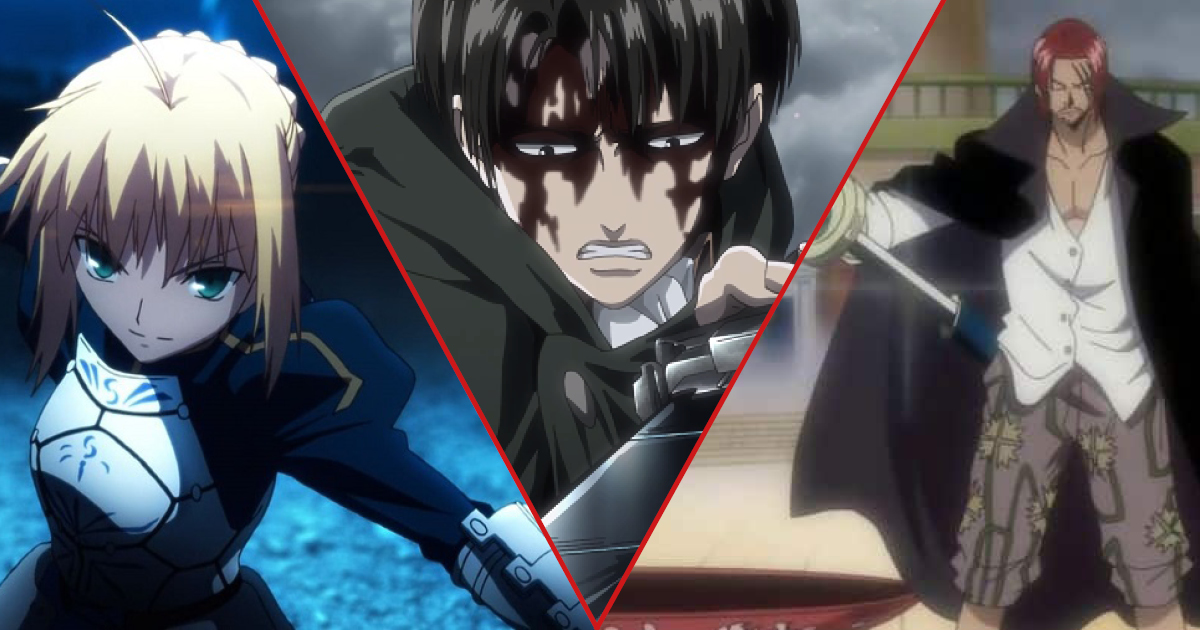 Swordsmen are recurring characters in Japanese animation. No matter what function they take on: Samurai, Shinobis or even medieval knights, they unite through the use of the blade. Their strikes are quick, but most of all, lethal to their opponents. We then understand why this category of characters is so popular with fans!

Swordsmen abound in the anime. It is then particularly difficult to rank the best of them. Some shows, such as Bleach, have a large majority of the cast made up of characters wearing swords or sabers.

Fortunately, anime fans love to debate. Together they were able to create a ranking with more than a hundred thousand votes. According to the community, we will finally know the name of the best swordsman of all time. Here are the results !

Kenpachi Zaraki is portrayed as an incredibly talented swashbuckler from a young age. So to speak, the bloodthirsty swordsman will slaughter every form of life he meets by the end of his meeting with Yachiru Unohana.

The captain of the 11th Division is also so powerful that you only have to use your sword with one hand. However, if the situation escalates, he will allow himself to use his second hand and drop his eye patch, which will deliberately hinder his abilities.

A single blow from his zanpakutō (nozarachi) can pierce materials harder than steel. In the Bankai form of his blade, Kenpachi Zaraki can lose control, overcome by a force that can cause him to pulverize a meteorite with a single attack.

Yami Sukehiro describes himself as a “saber mage”. He manipulates the darkness to strengthen his physical abilities. The captain of the Black Bull Company channels his magical attribute into his katana with a magic book.

In this way, it increases its capacities considerably and overcomes its few weaknesses. In conjunction with his mastery of Ki, a kind of sixth sense, the knight magician becomes exceptionally strong and quick. Its magical powers are considered rare and powerful enough to intimidate opponents.

Afro Samurai is a vengeful ghost who doesn’t hesitate to use his blade. After seeing his father beheaded before his eyes, the man went in search of power. He is now relentlessly looking for his father’s murderer and does not hesitate to kill anyone who stands in his way.

His katana attacks are innovative and, most importantly, very deadly. It’s fast enough to cut bullets from rifles with its blade. Afro also has great power. Among other things, he can pierce his opponent’s throat with the sole power of his vagina.

Sōsuke Aizen is considered one of the most powerful characters in Bleach. He is much stronger than the captains of the other thirteen divisions and has nothing short of phenomenal potential.

Sōsuke Aizen can beat his opponents with a single blow of his Zanpakutō (Kyōka Suigetsu). The captain can also defeat other Shinigami in their Shikai / Bankai form with his sword still sealed.

Its speed is immeasurable and the antagonist has many other strategic advantages up its sleeve (Kidō, hypnosis …).

Kisho Arima is a real myth within the CCG. He is also its most powerful member and has the status of “legendary inspector”.

At a young age he managed to drive out some of the higher ranks of the ghouls. He owes all of this to his liveliness and reflexes, but also to his mastery of the quincques. He also has several to his credit, some of which are particularly rare. Arima leads them all with incredible dexterity and can then put any kagune in his way to flight.

Hyakkimaru is a skilled fighter in search of the different parts of his body. From birth, the boy had to pay his father’s debts to a demon and was dispossessed from 48 of his members.

This is what makes it special to other swordsmen. With the help of his numerous prostheses, the young man can fight with weapons that are directly integrated into his body. For example, he hides blades in his arms that he can handle perfectly.

Since the terrible night, Hyakkimaru has been inhabited by a demonic power. This will be very useful for him to restore the parts of the body held by demons.

Kisuke Urahara is extremely good at the sword. His mind is as sharp as his blade, which allows him to be incredibly inventive in battle. His intellect is also recognized by everyone within the Soul Society.

His zanpakutō, benihime, increases both his offensive and defensive potential. The purple energy it can project can take the form of a shield or waves capable of cutting through anything.

Byakuya Kuchiki is a very powerful captain with incredible spiritual power. This master of fencing combines the perfect handling of his katana with great mobility. This allows him to pierce his opponent without being able to return the favor.

His zanpakutō, senbuzakura, can be broken down into a thousand different blades that the captain manipulates from a distance.

The vagabond Kenshin Himura is also called “Battosai the assassin”. After the restoration of the Meiji era, he vowed never to take the life of his blade again.

Kenshin decides to only use his katana in reverse. Then he can no longer kill. However, his saber techniques are still as quick as they are effective.

Gol D. Roger is considered the “King of the Pirates” in One Piece. In order to be treated in this way, the captain could of course count on his crew, but also on his fighting strength.

This pirate is an incredibly powerful swordsman who has managed to compete with the best fighters in his universe. In particular, he can use the haki of kings and weapons, which drastically increases his skills.

In the various variations of the Universe of Fate, Saber is considered to be the most complete of all classes, and therefore the most powerful of them.

Artoria Pendragon, female version of the “King of Knights”, and her loyal Excalibur are the proudest representatives. One is considered the best of all servants and the other the strongest of the noble fantasies. The two then reunited and formed the perfect bond, making Artoria literally invincible.

Silver’s Raylegh was Gold Roger’s right-hand man when he was alive. Some hold him 100 times as powerful as all supernovas put together.

Although he now thinks he’s a bit rusty, Silver’s Raylegh Haki is able to charge his sword to defeat his opponents. He is also an expert in the field. The man has mastered three different types of haki that he will later teach Luffy.

Guts has been used to handling huge swords since he was six. This allows him to increase his strength significantly while maintaining his initial flexibility and reflexes. He will then be able to carry the legendary “dragon slayer”.

Guts also has the powerful “berserk armor” in his equipment. This combat outfit gives him a power beyond human limits, at the expense of some sacrifice …

Shanks Le Roux is one of the four emperors and, above all, the man who inspired Luffy to become a pirate. His name is world famous in piracy. The captain is considered to be one of the most powerful beings of all.

Unfortunately, there are few real fights in which he appears. Even so, he is often depicted with his Griffon sword. His handling, coupled with the three types of Haki he masters, enables him to fend off Whitebeard or Akainu attacks with a single arm.

Master Corporal Livai is an icon within the Heavenly Army. He is indeed the most powerful member and fights the titans with unprecedented aggressiveness. His three-dimensional maneuvers are like magnificent aerial choreographies that often end in a bath of the flesh and blood of titans.

His power and speed of execution allow him to sharpen the necks of these creatures with a single blow. His potential far exceeds that of a simple soldier and would correspond to that of an entire brigade.

His ingenuity and quick wit seem just what humanity needs. Levi is able to get out of any situation and has exactly the qualities you would expect from a swordsman.

And you, who do you think is the best swordsman of all time? Don’t hesitate to share your thoughts in the comments. While you wait for other leaderboards, find our personal take on this duel that goes against the Demon Slayer licenses for Jujutsu Kaisen!