These 10 magical creatures were forgotten in the movie 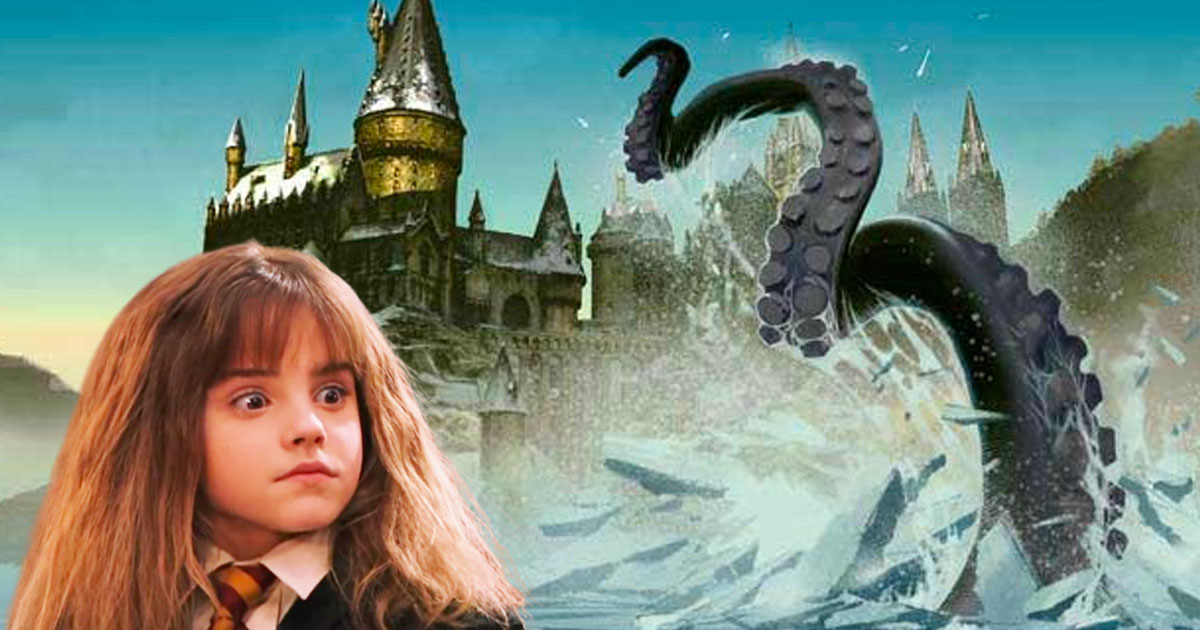 The hippogriff, the house-elves, the Cornish elves, the dementors or even the bogeyman, many magical creatures are present in the Harry Potter films, but the directors have missed many fantastic animals. Today we invite you to discover 10 creatures that are present in the books but are unfortunately missing from the Harry Potter films. They don’t have much meaning in the story, but we would have loved to see them on the big screen.

The Niffler was first introduced to theaters in Fantastic Beasts, but he could have appeared long before that. In fact, this type of hairy platypus, who loves shiny objects, first appeared in the Harry Potter and the Goblet of Fire saga. The niffler is studied during a Hagrid lesson. As an exercise, the gamekeeper asks the students to use a Niffler to find goblin gold. Ron wins and is offered a bar of chocolate from Honeydukes. The Niffler is back in Harry Potter and the Order of the Phoenix. One of them is shown in Umbridge’s office. The villain blames Hagrid, but it’s actually Lee Jordan who is behind the operation.

The veracrasse is a large brown worm that can reach a size of 25 cm. Its greenish secretion is used to thicken potions. This harmless species is investigated in Harry Potter and the Prisoner of Azkaban after the incident between Buck and Malfoy. The Ministry thinks it better for Hagrid to study the Veracrasses than the Hippogriffe. In Harry Potter and the Half-Blood Prince, Harry has to sort Veracrasses for Professor Snape.

We meet the Pitiponk during a course in defense against the forces of evil with Professor Lupine in Harry Potter and the Prisoner of Azkaban. It’s a harmless little creature with a single leg that looks like a puff of smoke.

The doxy looks like a fairy, which is why it is also called a biting fairy. They have toxic teeth and an antidote should be given immediately if they are bitten. These little flying creatures can be seen for the first time in Harry Potter and the Order of the Phoenix. Our heroes go on a doxy hunt with Molly Weasley in the living room at 12 Grimmauld Square. Fred and George collect poison from Doxy to experiment for their loafy boxes.

The Firecracker Scoutt is a hybrid creature created by Hagrid that mixes Manticore and Fire Crab. It is described as a misshapen lobster six inches with a slimy appearance and small legs. The cracker is studied during a lesson with Hagrid in Harry Potter and the Goblet of Fire. They are very numerous in the beginning, but they grow and kill each other as the story unfolds. At the end of the book, the last Firecracker Skout is almost ten feet tall. This becomes an obstacle in the labyrinth of the 3rd attempt of the Triwizard tournament.

This mythological creature with a human head and the body of a lion who likes to pose puzzles has a right to his presence in the magical world of Harry Potter. This creature only speaks in riddles and riddles and can turn violent if given the wrong answers. The sphinx has long been used by wizards to protect secret places and valuables. Harry Potter has to face a sphinx in the labyrinth of the 3rd test of the Triwizard tournament.

You may not know, but Hogwarts Lake is home to a giant squid. This giant squid is present throughout the Harry Potter saga. The octopus interacts with the students who have fun with it, especially Fred and George, who love to tickle it. Colin Crivey’s little brother is fished for the giant squid when he falls off his boat in his first class.

The ghoul is not particularly dangerous and is even considered a pet by some wizards. The Weasley Ghoul can be seen in Harry Potter and the Chamber of Secrets. It is useless at this point, but finds use in Harry Potter and the Deathly Hallows. Ron casts a spell on the family ghoul to make it look like he’s the one with an illness. A ploy to explain Ron’s absence at Hogwarts and to keep his family out of trouble with the Death Eaters.

Gnomes are small creatures that live underground and are considered pests that infest gardens. It’s the equivalent of moles in the wizarding world. In Harry Potter and the Chamber of Secrets, the Weasley brothers and our wizard with glasses have the task of removing the dwarfs from Madame Weasley’s garden. The dwarves are hunted again on the occasion of Bill and Fleur’s wedding in Harry Potter and the Deathly Hallows.

You know ghosts like Nick Almost Headless or the Bloody Baron, but one ghost is missing in the Harry Potter films, it’s the evil Peeves. This Joker spirit is present throughout the saga, it causes misery for the students, the teachers, but especially Argus Filch. Peeves was originally supposed to appear in the movie Harry Potter and the Witch Doctor, but was ultimately cut in the cut. Big regrets to the fans who have been waiting to find this fun character.

So much for these 10 creatures that are missing from the Harry Potter films. If you want to prolong the pleasure, we recommend discovering or rediscovering 8 things about Lucius Malfoy that are not in the film.