These 10 details about Levi that only real fans know 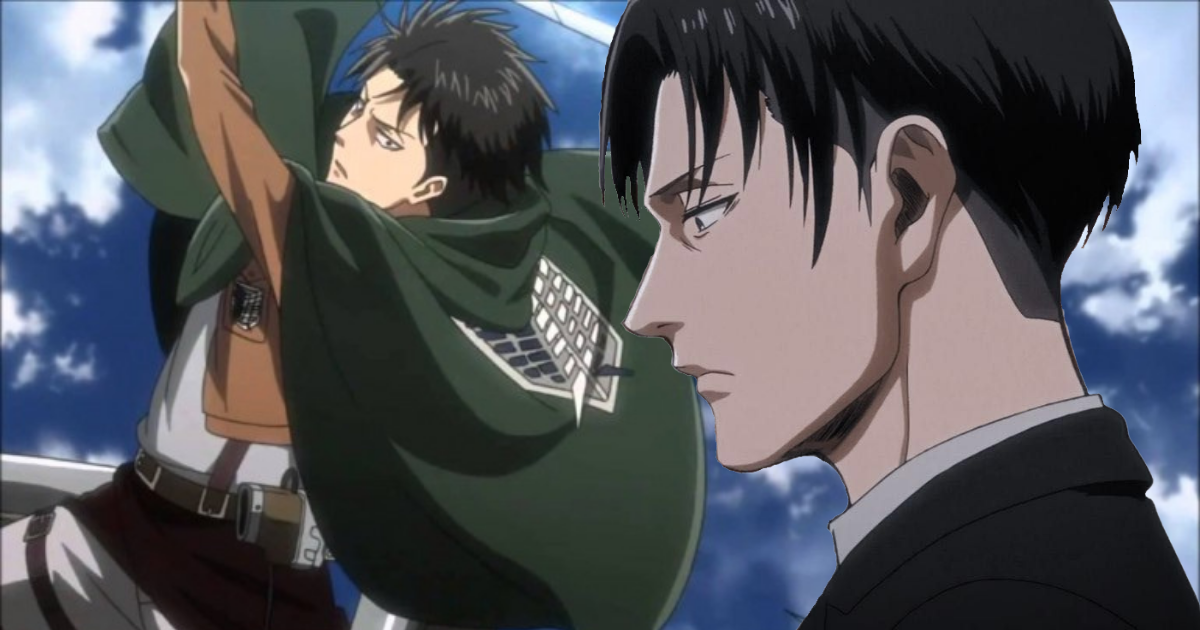 Levi Ackerman, also known as Rivaille or Levi, is probably one of the most popular characters in Hajime Isayama’s work Shingeki no Kyojin, also known as Attack on Titan. Work returned to center stage in early 2022 with the revival of Part 2 of the animated adaptation’s fourth and final season, marking the end of this fantastical epic. For this occasion we offer you a non-exhaustive selection of small details on this character that has become emblematic.

1) He has goals outside of the military

If Levi hadn’t been busy running the Recon Corps Tactical Squad, he could have run a teahouse. That’s what the author Hajime Isayama said at a conference. While it’s quite different from the role we’re used to (and would spoil his exceptional talents a bit), it seems quite consistent with the character.

2) Why is he so obsessed with cleanliness?

One of Levi’s most defining traits is his need to keep everything clean. Although this character trait is often used for humorous purposes, it actually has a more tragic origin. Because Levi grew up in the underground city. Thus he lived his whole childhood in deplorable hygienic conditions in the company of his mother until her death and his rescue by his uncle Kenny. So he connects dirt with his childhood trauma. If you guessed it, you might not have known that this link was more or less confirmed by the author. When asked why Levi needed a pristine environment, he replied: “One day I’ll tell you his story, stay tuned.” This then implies that the reason lies in his story, that is, in his past.

In the August 2014 issue of women’s fashion magazine Frau, Isayama was invited to discuss the character’s personality. In particular, on this occasion we were able to see Levi’s horoscope which indicated his communication problems and that in a romantic situation he would have difficulty expressing himself. It said: “One of Levi’s faults is an inability to express himself clearly. Although he wants to cheer up his peers, he always talks awkwardly and without the help of Hansi Zoe it’s almost impossible to understand what Levi really means.” Reliable in most situations, when it comes to love and romance he is awkwardly expressive.”

4) He makes sure that Hansi stays clean

Hansi doesn’t wash Levi enough, which he thinks is unacceptable. To make sure his Scout Corps comrade is clean, he physically forces her to wash, even going so far as to render her unconscious. Admittedly it’s a bit radical, but it starts with a good intention, so can we really blame him?

5) His blood type matches his personality

Levi usually only sleeps two or three hours a night. Since he sleeps little, he doesn’t bother to go to bed in bed, let alone put on his pajamas. Instead, he sleeps in a chair, in his clothes from the night before. Isayama describes this as “mild bouts of insomnia,” but while we’re not doctors, it sounds more like severe, chronic insomnia.

7) His exact age remains a mystery

Levi’s age has been a question mark for quite some time. In fact, Isayama has made contradictory comments on the subject. He once said the character was “surprisingly old” but didn’t explain what that meant, other than that he was “over 30”. And in another interview, he claimed he was in his late thirties. According to Marina Inoue, the voice actress for Armin’s character, Isayama accidentally said this due to stress, implying that Levi was in his 30s. This can also be found in the Attack on Titan ANSWERS guide, but we still don’t know how old she is.

8) He does not have a good diet

According to Isayama, Levi is “[…] sloppy in his diet”. It’s unclear if this means he’s not eating enough or too much unhealthy food. In either case, he may not have all the nutrients he needs and still manage to perform unimaginably So imagine what it could do with a good diet!

9) He is never drunk

If you were hoping to see Levi looking drunk, we’re sorry to say that’s unlikely to be the case, at least not in a canon work. Because Levi seems to have such a high alcohol tolerance that no matter how much he drinks, he never gets drunk.

10) He is partly inspired by a cartoon character

Isayama drew inspiration from a variety of sources when creating the character of Levi. He explained in an interview that he was particularly inspired by Rorschach after seeing the film Watchmen by Zack Snyder and falling in love with the character. We then find the same obsession with dirt between Rorschach and Levi. After all, his name was inspired by a character from an American documentary called Jesus Camp.

And if you want to learn more about the inspiration that created Levi Ackerman’s character, read this article. To follow the anime, Attack on Titan is available in simulcast on Crunchyroll and Wakanim.