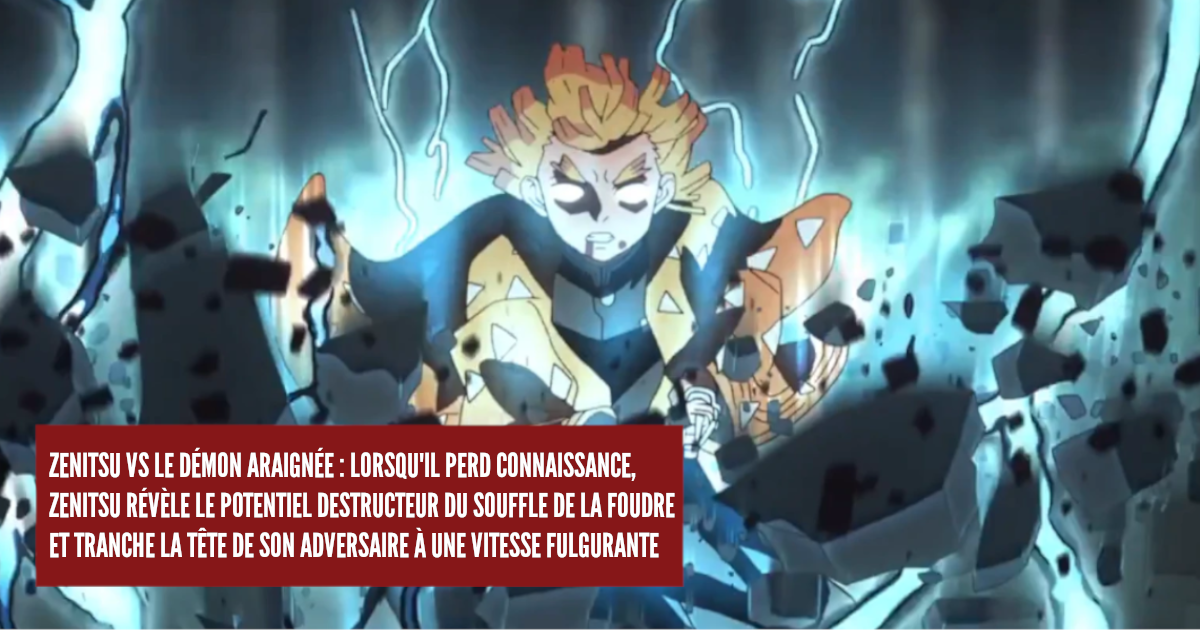 There are battles that will forever remain engraved on our memories, however much they shone through their animation, their epic side, or the emotions they carried over. Sometimes these clashes involve characters who are overwhelmed and even hard to kill! For the most part, that strength didn’t come out of nowhere, but rather the result of some crazy workout. Today we bring you a selection of 10 epic battles that have shaped us, including great classics but also newer anime. However, we limit ourselves to only one matchup per anime.

Luffy vs Rob Lucci – one piece

We start strong with an epic battle that sees Luffy face off against the terrifying agent of CP9, Rob Lucci. The latter has mastered the art of rokushiki – the 6 powers – which offers him a number of impressive techniques in close combat. Add to this the power of a devil fruit that turns him into a leopard man and you have the perfect recipe for an epic showdown: a man of unwavering will against a true expert and a genius in battle.

The animated exchange between these two melee monsters maintains a constant tension. With every punch from Luffy that seems decisive, Rob Lucci stands up and shows an unwavering tenacity. A fierce confrontation that pushes Luffy to his limits and ends with one of the most iconic scenes in the entire manga: a devastating Get Gatling that brings victory to the future King of the Pirates.

The third season of Jojo’s Bizarre Adventure is the first to feature Stands, a kind of ghost that materializes the fighting spirit of its user. When Iggy and Polnareff arrive at Dios Villa, they get caught up in a fight against Vanilla Ice, the last bastion before the last antagonist. The latter is not only entirely devoted to Dio, but also has an extremely powerful and dangerous point of view, which led to an emotional conflict.

Vanilla Ice is able to create a portal to nothing, a parallel dimension that only he can access. It materializes as a purple ball and instantly erases everything that follows it. Iggy and Polnareff must team up to deal him a fatal blow. Unfortunately Iggy will die there – a particularly sad scene that gives this anthology battle a special character – and leave Polnareff again with the rank of survivor.

Uvôguine is a member of the Phantom Brigade criminal organization, a specialist in reinforcement and with an incomprehensible physical strength. He will be the first to pay the price for the revenge of Kurapika, one of the few survivors of the massacre of his clan, the Kuruta, who have scarlet disciples. Despite the immense power of Uvôguine, the struggle turns out to be one-sided and enables the Kurapika Nen to demonstrate.

The latter has acquired a power that allows him, among other things, to realize various skills specifically designed to kill members of the brigade. Despite Uvogin’s outbreak of power, he is completely dominated by Kurapika, who offers viewers a number of his many strengths. A fight the level of which is very high at this stage of the adventure and which definitely puts him in the rank of the best users of Nen in the manga.

WARNING! This part contains spoilers from the recently released anime Jujutsu Kaisen. If you haven’t seen it, we recommend moving on to the next fight.

During the Amicale Inter-Lycée tournament, the school of exorcism is stormed by a group of epidemics, including one of the main opponents: Hanami. A fascinating character, he defines himself as the spirit of nature, driven by a deep desire to save the planet from the harmful actions of man. He fights with “vegetable” attacks that represent the theme of nature. S rank scourge, it is very dangerous and extremely resilient.

After facing Toge, Megumi and Noritoshi at the same time and having suffered only minor damage, he fights against Itadori and Todo. You will be particularly effective in teamwork and manage to give the Scourge a tough time until the last moment. If they didn’t defeat him, it was an action packed and especially pleasant to watch match that proves that the new generation – plagues as exorcists – are not to be taken lightly.

In this cult battle, the young Rock Lee faced the terrible Gaara during the Chûnin exam. It distinguished many fans of the anime for both its simplicity and its downright epic side. Here we find a ninja unable to master ninjutsu, a real animal that works hard and is able to master taijutsu. On the other hand, the Jinchûriki of Shukaku attacks with a large amount of chakra, “perfect defense” and devastating sand attacks.

This will be an opportunity for Rock Lee to demonstrate relentless training that enabled him to inflict harm on whoever has been given an impenetrable defense. When he decides to lose his weight and fight at full speed, the tension escalates. The climax is reached when you open the Fifth Gate, a high risk technique that allows you to “unlock” the abilities of your own body – but which is not enough to defeat the mighty Gaara.

During the Shingeki no Kyogin Season 3 Major Turning Arc, Levi faces his former mentor, Kenny Ackerman. The latter was the commander of the Special Brigades in Mitras and, by the way, an ex-serial killer (which earned him the name Kenny the Ripper). During his fight against Levi, he leads the anti-human squad. He is an impressive and very experienced fighter.

The confrontation thus opposes the former master and student in the Trost district: a fight that would survive the clashes between titans over small fry. The tension is palpable, just as explosive as the action. The level of the fighters is at an all-time high, resulting in one of the most epic scenes in all of SnK’s anime. The animation consists of onions and gives this duel its legendary aspect.

We stay in a nostalgic atmosphere with a fight between Goku’s son and Dr. Gero’s creature: Cell. The latter, made from cells from Goku, Vegeta, Frieza, Piccolo and King Cold, has acquired all the properties – it is therefore a formidable opponent, very powerful and able to regenerate infinitely. During his clash with Gohan, he will make the ultimate mistake of finally pushing him to the limit and destroying the head of Android C-16.

The sequel, you know it: a burst of anger from young Gohan that will lead to one of the most epic moments in the entire saga. In his anger, he eventually reaches the Super Sayian 2 stage, which allows him to wipe Cell off the soil of a devastating Kamehameha. The creature’s death follows a climax that many will remember as an important arc moment.

Saitama vs. Boros – One Punch Man

During the alien invasion of season 1 of the anime, Saitama faces an overwhelmed enemy: Boros, leader of the Dark Matter Guild, space predator from a particularly hostile planet. The latter spent his time searching the planets in search of a valuable enemy – until he came across Saitama, who will not disappoint him, on the contrary!

The fight is a treasure trove of animation. Every impact is superbly transcribed on the screen and lets us feel the impressive power of the characters. A totally epic confrontation that goes so far as to send Saitama to the moon! In one final burst of energy, Boros will attempt to defeat his opponent, deeply satisfied having had so much fun, and in the end, realizing that it was a one-sided fight.

Demon Slayer brought us a lot of epic battles in its first season, but Zenitsus vs. the Spider Demon will be remembered for a long time. The confrontation can be divided into two parts, with the first being the usual escape from Zenitsu, the anime’s true comedic source, crying and screaming in fear in front of his opponent.

After that moment of laughter, Zenitsu finally reveals its destructive potential. His eyes light up, he releases an impressive amount of energy, and he is surrounded by electricity like a Super Sayian. He masters a single movement of lightning breath. He drives himself on with lightning speed and cuts off the opponent’s head before he notices. Faster than lightning. Did you say badass

During the Kengan Annihilation Tournament, Ohma faces a terrible opponent in the person of Raian Kure, an assassin from the Kure clan, also nicknamed “The Demon”. He is characterized by a very aggressive fighting style and the use of his clan’s dark technique, “Removal”, which significantly improves his skills for some time. In this sense it is similar to Ohma’s technique “Advance”.

The fight between the two protagonists is particularly pleasant to watch and well animated. There are two monsters who use dangerous techniques to achieve high levels of power: Two demons face each other. Although Ohma won the fight, his opponent was able to finally beat him and only lost because of his arrogance.