These 10 Anime Characters Are Nearly Impossible To Kill (Part 2) 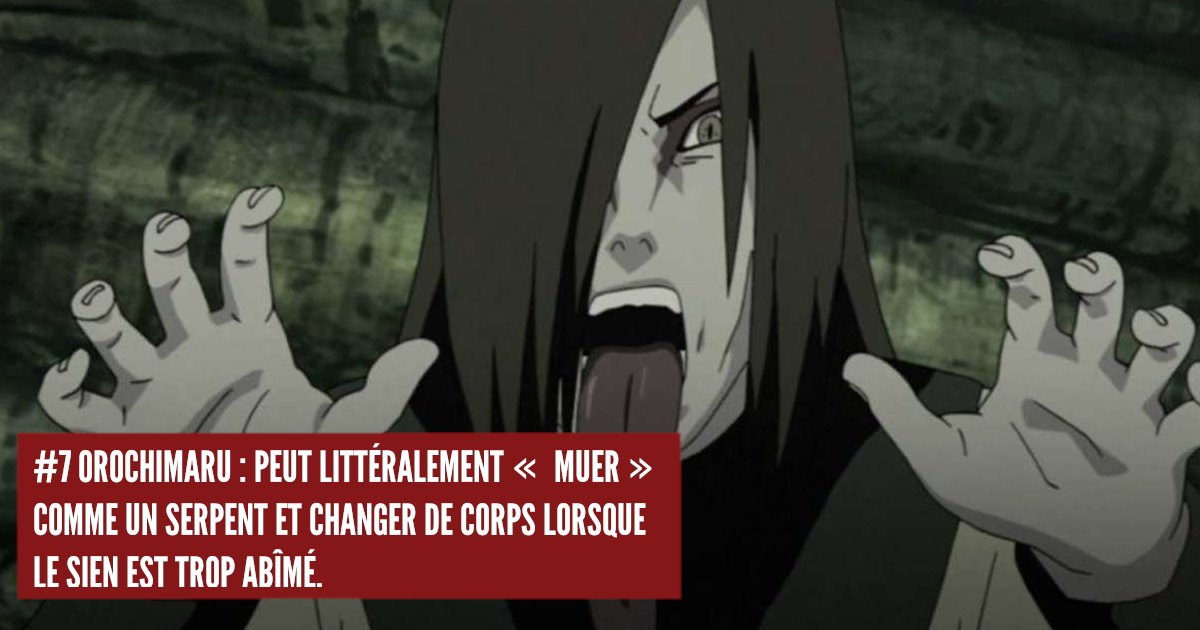 The anime and especially the Shônen are the setting of Dantesque battles, in which mostly powerful and resilient characters are involved. From the magician to the mere fighter to the ultra-talented warrior and the legendary swordsman, every work has its share of indestructible characters. Today we invite you to check out 10 anime characters who are (almost) impossible to kill, in their own universe. In order not to spoil our readers who do not follow the scan publications, we will focus solely on the characters’ abilities in the current stage of their respective animes. And to consult the first part of the tip, it is here.

Yujiro Hanma, nicknamed “the ogre” in Baki’s universe, is the father of the main protagonist. He is unanimously recognized as one of the strongest men in the world and only fights with his bare hands. After mastering all martial arts at the age of 16, he is a formidable enemy to anyone who has the courage to face him.

When he contracts his back muscles to the maximum, a demon face appears and emphasizes his intimidating side. Yujiro Hanma, a true legend, is viewed by many protagonists of the anime as an impassable wall. Beating him in one-on-one combat is the ultimate goal of any fighter aiming for the top.

All For One, the leader of the Super Villain Alliance, is not an enemy to be underestimated. Indeed, he has a number of qualities that make him a formidable opponent. His main quirk, All For One, allows him to steal the idiosyncrasies of others, reuse them at will, combine them into new, overwhelming attacks, and even pass them on to others!

He can easily hold his own against All Might and carry out his most devastating attacks. In addition, he testifies to a great experience in combat and a tactical intelligence that has lived for more than a hundred years (possibly thanks to a change in longevity). The combination of a wide variety of different skills and his ability to fight makes him dangerous and unpredictable.

Diavolo, the main antagonist of Part 5 of Jojo’s bizarre adventure, is anything but an easy opponent to beat. Its power is very complex and for those concerned we have examined it (as well as that of 4 other estates) in this article. In short, Diavolo is able to “suppress” the time at will for a maximum of 10 seconds.

The ability of his King Crimson Stand makes it almost invincible: if Diavolo were to be hit by a fatal attack, all he had to do was “delete” the moment in question so that the event simply never happened. Therefore, to a certain extent, he is able to change his own destiny! Impressive.

A cult figure from the Naruto saga, Orochimaru is as fascinating as it is disgusting. As a member of the Sannin – the three legendary ninjas – he is one of the most impressive fighters in his universe because of his power and the variety of techniques he has mastered. In search of immortality in order to realize his dream of mastering all ninja techniques, he carried out numerous scientific experiments on himself and on others.

Even cornered, Orochimaru still manages to find a way out. This character is incredibly tough. Like a snake, it can “molt” and simply change its body when its body is too damaged. With this in mind, it is almost impossible to destroy Orochimaru for good because its range of techniques is diverse and its intelligence is developed. There is enough to develop ophiophobia!

Father – the father of Homunculi – has different forms in the anime Full Metal Alchemist, but we will focus on the last one here. Once the truth is absorbed, he manages to become God himself and reach a level of power that is simply colossal. His mastery of alchemy allows him to create absolutely anything and go so far that a miniature sun appears in the palm of his hand.

Virtually invincible, its power is limited only by its imagination. It can also take in human souls without resorting to any ritual. Because of the force field that surrounds him in his divine form, any attack aimed at him will be canceled regardless of its nature. However, he will lose due to the instability of his body, which has tried to contain all of his strength.

Gojo Satoru is an exorcist and S-class teacher at the Tokyo School of Exorcism. He is considered to be the most powerful exorcist in the world, a title that is revealed very quickly in the anime. And we understand why: speed, reflexes, intelligence, strength … all statistics are shockingly high! His amount of occult energy allows him to perform territorial expansion several times a day. Its true power, however, comes from its innate technique: the power of infinity.

Among the many uses of this power, note Gojo Satoru’s ability to block any attack by “imposing” the infinity between him and his opponent. Another particularly terrifying of his abilities is the sphere of infinite space, which plunges the opponent into an endless stream of information. So he can feel everything at once, but finds himself blocked: no brain can withstand this situation. According to Suguru Geto, the only way to defeat Gojo is to seal it. That says a lot about its durability!

Kibutsuji Muzan is the original demon in the universe of demon slayers: in this sense he is the most powerful of all demons. In fact, he has unlimited regeneration, in addition to overwhelming strength and speed. With more than 1000 years of existence, it has also gained significant combat experience. A single drop of his blood can literally implode a human body that is too weak to handle that much force.

Kibutsuji Muzan is feared and respected by all demons, including the most powerful. He is able to read her mind, inflict a curse made of his blood and, of course, mortally injure her despite her supposed invincibility. Despite this quasi-divine status, Kibutsuji Muzan still remains extremely vulnerable to the sun, which is its ultimate weak point. However, it will take a great deal of skill to display.

Majin Buu is the antagonist of the final arc of Dragon Ball Z. He is a powerful demon who is awakened by the wizard Babidi and who will cause great concern to all heroes who stand in his way. Buu has two qualities that make him an opponent who is almost impossible to defeat. First, absorption: by assimilating his opponent, Buu gains his properties (power, intelligence, etc.).

Second: increased regeneration. In fact, the only way to permanently annihilate Buu is to hit him with an attack so devastating that it defeats him in one fell swoop and prevents him from regenerating. This is what Son Goku will do, harnessing the energy of all of Earth’s inhabitants to create an ultimate Genkidama that will overcome his adversary.

We no longer present the pirate Blackbeard, a charismatic but also hugely dangerous character from the universe of One Piece. Together with his rock-hard endurance, he seems to have a peculiar physique, as he could use two devil fruit powers at the same time, which no one else before him could. On the one hand, he controls darkness, which gives him control of gravity itself and, on top of that, the very useful ability of lifting the power of everyone it touches.

On the other hand, it can create seismic waves that cause gigantic earthquakes: this was once the trademark of the world’s most powerful pirate, Whitebeard. The teaching therefore has an almost unstoppable combination: on the one hand the ability to undo everything and on the other hand that of ultimate destruction. Luffy has to hold out if he wants to hit him!

Meruem is without a doubt the most terrifying character on this top. This character comes from an endemic species of the hidden continent, the chimera ants, whose peculiarity is to absorb the properties of the living things that ate them. Meruem is the fruit of a long ripening and assimilation of a large number of “high quality” people by the Queen, who then gave birth to him. Its appearance completely disrupts the power levels that have been evoked in the anime so far.

Hardly hatched, it already possessed an aura that could rival the most powerful characters in the series. Meruem is an ultimate being: colossal power coupled with remarkable intelligence and adaptability that shakes your spine. He will easily be able to compete with Netero, one of the most powerful hunters in the world, in a totally epic battle. However, he is still defeated by the side effects of a chemical bomb implanted in Netero’s heart, reminding the viewer that humanity has more than one trick up its sleeve.