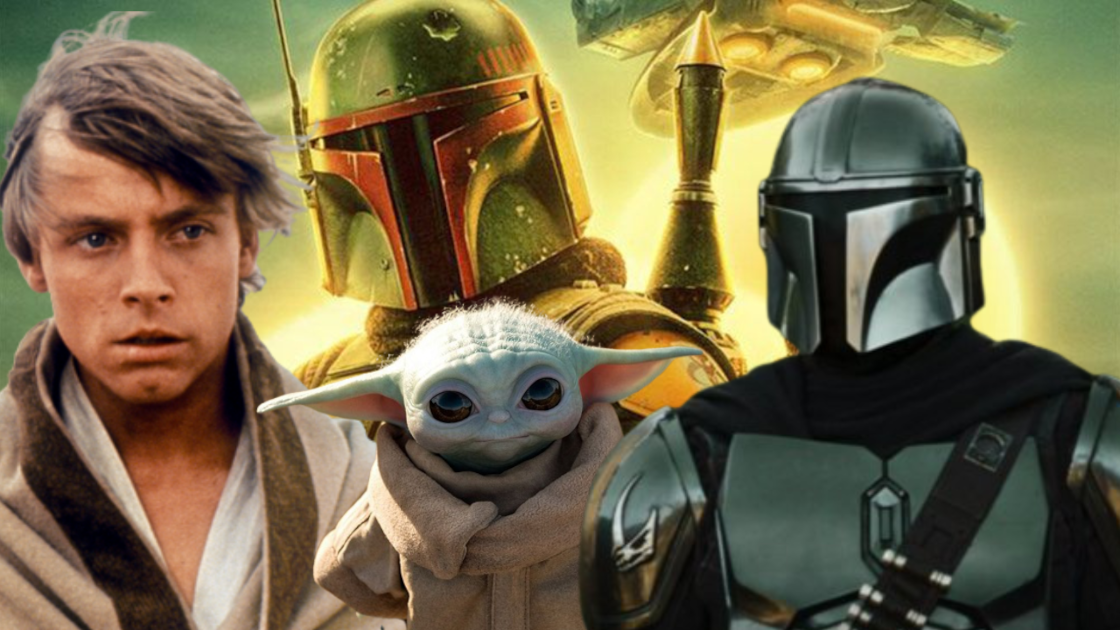 Warning, this article is reserved for those who have seen the latest episode of The Book of Boba Fett.

In last week’s episode 6, Jon Favreau decides to bring beautiful people back to the front of the stage. Din Djarin goes in search of Grogu to give him a Mandalorian gift. Then he finds his trail and crosses paths with Ashoka, Luke and little Baby Yoda. But oddly enough, the Jedi prefer the Mandalorian to stay away from Grogu so as not to disrupt Luke Skywalker’s classes. A doctrine that misleads Luke…

The book by Boba Fett: The Fate of Grogu

This Episode 6 is a bit like a family reunion. Din Djarin tracks down Grogu to gift him a tiny Mandalorian armor. But when he lands on his planet, his paths cross with Ashoka, who advises him to stay away from Baby Yoda so as not to interfere in his learning of the Jedi arts. Mando agrees to listen to him and then decides to leave his gift to the two Jedi. Luke Skywalker uses this gift to test his young student’s stamina and dedication. In fact, he decides to subject Grogu to a terrible choice: either he takes Mando’s armor and thus has to give up his Jedi career, or he chooses Yoda’s Jedi saber and thus has to give up his friendship with Din Djarin. A difficult choice and, above all, quite unhealthy.

The Jedi Order has historically taught its followers to suppress all emotions, to renounce all forms of attachment and love. A mantra that often makes the life of Jedi sad and lonely, leading some of them to choose a lighter voice: that of the dark side. That’s exactly what happened to Anakin Skywalker. The young Padawan turned to the dark side of the Force to save his love for Padmé. A decision that was inevitably not well received by the Jedi Order.

Apparently, Luke Skywalker chooses the same style of teaching. He decides to use the same methods and subject Grogu to a terrible decision: to renounce the love he has for Din Djarin in order to become a full Jedi. No doubt Luke makes the same mistakes as previous Jedi Masters in The Book of Boba Fett. Offering the still too fragile mind choices that are terribly difficult to make.

With that in mind, Ben Solo’s fall into postology and transformation into Kylo Ren makes sense. Han Solo and Princess Leia’s son was given to Luke Skywalker some time before the events of The Force Awakens. But the meeting between the two men did not lead to anything good. Ben Solo chose the path to the dark side of the Force and left Luke alone with his repeated failures. The actions of the latter are sometimes quite disturbing. Luke was actually defined in the original trilogy by his bonds with his friends and family. He was carried by his emotions and his heart decisions. It is quite surprising today to see that he chooses a teaching method completely opposite to his own experiences. Hoping that this method doesn’t also lead the young grogu to the dark side of the force…