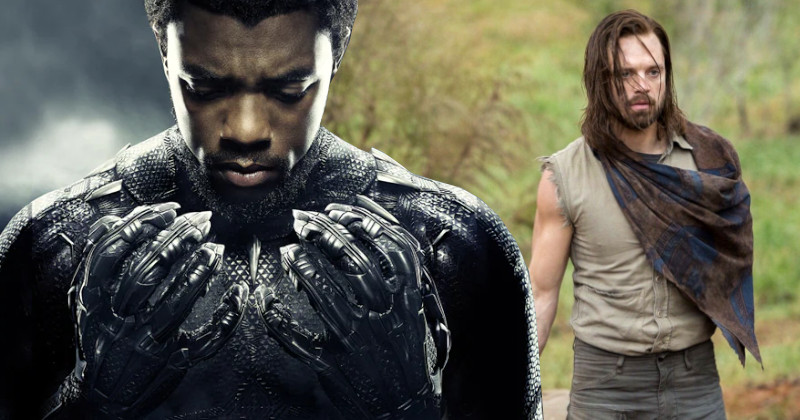 While Black Panther: Wakanda Forever is expected out this year, Winter Soldier interpreter Sebastian Stan returned to his brief appearance in the first film, which was released in 2018, a few days ago. An unexpected appearance, both for the viewers and for the actor himself!

James Barnes in the MCU

In 2018, Black Panther, the 18th MCU film, was released. This one focuses on the character of T’Challa, played by the late Chadwick Boseman, whose authority as the new king of Wakanda is being questioned. As usual, viewers who left the cinema as soon as the credits rolled in missed a scene after the credits rolled. In Black Panther we can thus see James “Bucky” Barnes, aka Winter Soldier, a former soldier who fought in World War II and has been Steve Rodgers’ best friend since childhood. Hidden away in Wakanda, awaiting rehabilitation, he is nicknamed the “White Wolf”. Geralt de Riv from the MCU?

A cameo that fans of the saga in general have appreciated, while the character of Romanian-American actor Sebastian Stan has had a more and more presence in the MCU over the years. He had a presence alongside Chris Evans in the Captain America trilogy between 2011 and 2016, but also made brief appearances in several other Marvel Studios productions before claiming his own miniseries in 2021: Falcon and the Soldier of Winter.

But as part of the promotion of an entirely different project, Pam and Tommy, Sebastian Stan returned to his cameo appearance in Black Panther.

Since February 2, the SVOD platform has been broadcasting Hulu Pam and Tommy, a miniseries that looks back on the affair surrounding the sextape couple Pamela Anderson and Tommy Lee, formed in the 90s, starring Sebastian Stan playing the drummer of the Motley Crüe group and therefore promotes it in the media. During an interview with the media Esquire, he took the opportunity to revisit his cameo appearance in Black Panther and more specifically how he learned he would appear at the very end of the film.

I believe it was on the set of Captain America: Civil War and [Kevin Feige] said to me, “Ah, by the way, we’ll bring you in early next week. You’ve got to do a scene with Ryan Coogler” somewhere else. It’s always been frivolous, even getting the part back then was pretty frivolous. Sebastian Stan

An anecdote that, if nothing out of the ordinary in its unfolding, is nonetheless amusing. It seems surprising that the head of Marvel Studios, one of the largest production companies in the world, should call an actor so naturally and relaxed between two scenes to announce his appearance in one of the most famous films of the year. A great way to join the cast of a movie!