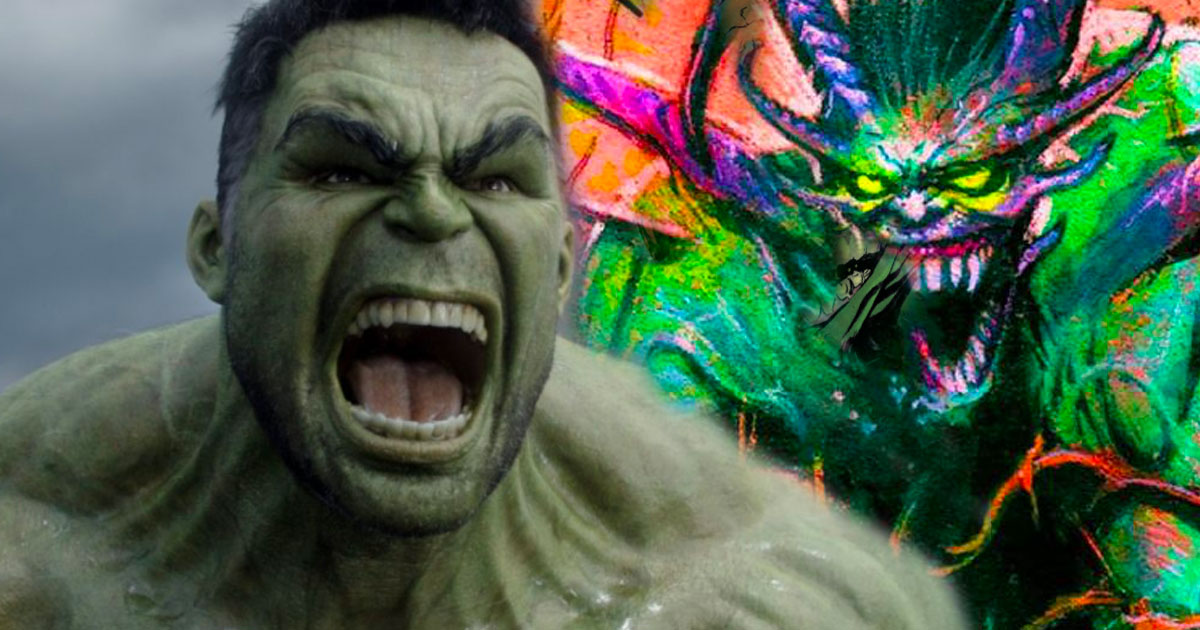 Introduced into the MCU, Thanos made an impression with its overwhelming capabilities. However, he’s just a speck of dust to other villains in the Marvel Universe. In the recent Immortal Hulk series, an unbeatable enemy has been introduced and its powers are simply beyond anything imagined before. Worse still, they are no more and no less like God’s. As a result, it can’t beat anything … if we rule out its only flaw. Ironically, the Hulk seems to be the key to this divine flaw.

WARNING: This article contains spoilers from the comic book Immortal Hulk: Time of Monsters # 1. If you don’t want to know more, we recommend that you stop reading.

The origins of the green creature have finally been revealed

The Immortal Hulk franchise received unanimous praise from comic book fans. So much so that Marvel decided not to stop there. In a new series called Immortal Hulk: Time of Monsters, the authors dig deeper into the creature’s origins.

The story takes place well in the past as it returns to the opening of the first Green Door in the depths of Hell, featured in the Immortal Hulk series. On that occasion, the being that watches over this door was also introduced, and it’s just horrific and overwhelming.

The most powerful villain in the Marvel universe

This is the one among all, a dark alternative to the one above all, the omniscient and omnipotent cosmic entity of the Marvel Universe who is the equivalent of the Creator God. While the latter is a benevolent being that watches over the multiverse, the one-sub-all aims to destroy all life in the universe.

His goal: to rule the world alone. His almighty powers make him arguably the most powerful and threatening antagonist in the Marvel universe. In addition, it is important to point out that its powers are related to the power of gamma rays and that the gate is the source of the power of the gamma mutants.

At the beginning of mankind there was the Hulk

The new series Immortal Hulk: Time of Monsters takes place almost 10,000 years before our time and reveals the identity of the first human to become the Hulk long before Bruce Banner. You will surely have guessed it yourself, the history of the latter is inextricably linked with that of the He-Above-All.

The sequel to the comic, which is still produced by the duo Al Ewing and Alex Paknadel, therefore tells the story of Tammuz, a benevolent young man who lives peacefully in a tribe. In the best of all possible worlds, everything goes well until his village is shaken by the announcement of a comet.

Although it landed outside of populated areas, it threatens to destroy all of their crops as well as their livestock due to strange radiation that turns out to be gamma rays.

Hoping to prevent this, the village clerk decides to sacrifice young Tammuz against his will in order to counteract the radioactive effects of the comet. So the old man throws him in the middle of the crater and lets the radiation eat him up.

When he thinks he is lost, the famous Green Door appears in front of Tammuz’s injured eyes. Under the influence of the evil being, the young man turns into a familiar green monster and receives exactly the same powers as Bruce Banner.

Unlike the latter, however, Tammuz is not quick-tempered and has absolutely no desire to fight. A bit like Smart Hulk in Avengers: Endgame, the first green giant in history really wants to use his new skills to do good.

Not at all angry, he wants to dig a well with his colossal strength to supply his village with fresh water. Therefore, despite the betrayal suffered, we face an altruistic monster with a big heart.

But this kindness will quickly fade when the village wise man (the same one who sacrificed him, we remember) convinces the village that the arrival of the green creature is the direct reason for the disappearance of the village’s resources, the comet. So they decide to kill the nice Hulk.

Apparently, Tammuz’s patience is reaching its limits and he takes revenge, corrupted by the one-in-under-all, violently. Through this act he becomes a puppet of the being and performs its gimmicks. In fact, his goal is to own the Hulk in order to make him his personal weapon and thus advocate destruction across the Multiverse.

Given the amount of astronomical powers he possesses, it might as well be said that neither the Hulk nor any superhero team can claim to compete with him.

There is one unique flaw, however, that would allow the Hulk to break free from its influence.

Let us remember: the one-in-sub-all derives the physical manifestations of its powers from the gamma energy and its connection to these mutations seems a priori indestructible.

However, this link is questioned in Immortalk Hulk: Time of Monsters. Indeed, determined to get rid of the evil god, whose influence is more than powerful, Tammuz hypothesizes. According to him, gamma mutations could exist without a direct link to one-in-below-everything.

This information is especially interesting as it could help figure out a way to beat the unbeatable.

For example, this Hulk’s ability lies in his immortality. If you sacrifice this ability, that bond can be broken. The next volumes will undoubtedly make it possible to shed light on the correctness of Tammuz’s theories and to hope for a victory of good over evil.