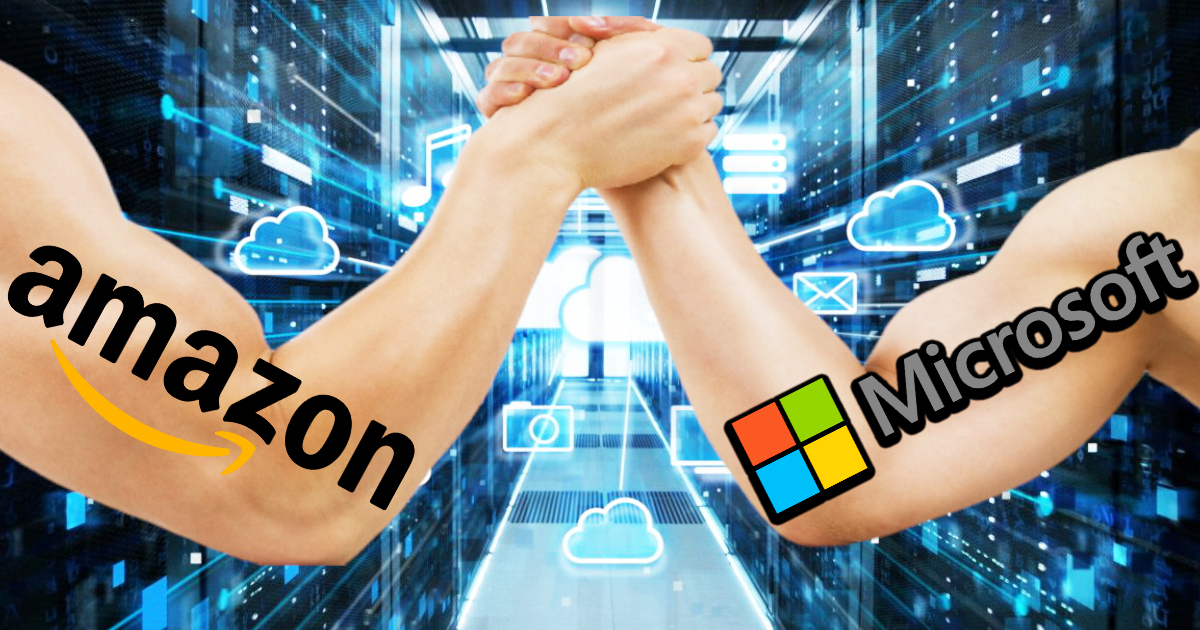 The two multinational corporations have been battling for years to win the Department of Defense’s $ 10 billion JEDI cloud service contract. But recently the two giants fought a merciless battle for a new contract of equal value, and Amazon took the victory.

For more than two years, the US Army’s JEDI IT modernization contract dominated the headlines. In fact, Amazon Web Services denied this ascription to its competitor Microsoft Azure by all means. With a lot of ink flowing through the saga, the US Department of Defense simply ordered it to abandon the JEDI project. But the war between the two American giants continues. Recently, it was the National Security Agency (NSA) that sparked competition between the two companies as the organization outsourced the on-site servers to a commercial provider. Amazon Web Services won the $ 10 billion contract and it is Microsoft’s turn to file a protest with the Government Accountability Office.

According to Washington Technology, Microsoft claims that the NSA failed to conduct a proper assessment when they considered a vendor for their new project called WildandStormy. The NSA spokesman confirmed that the agency would respond to the protest in accordance with relevant federal regulations.

Amazon Web Services now has many government cloud contracts, but the JEDI process has shown that Microsoft is a very strong competitor to Amazon.

Last year, the CIA split its Commercial Cloud Enterprise contract between five companies, including Microsoft, Amazon, Google, Oracle and IBM. At the same time, a Microsoft article states that it is seeking US government accreditation for its top-secret Azure Government regions (an offering aimed at hosting classified information in the cloud).

At the time of the competition for the JEDI process, it was Amazon that asked for a review of the contract process, which uncovered several errors and prejudices. In addition, former President Donald Trump would have intervened and fueled the fire in relations with Jeff Bezos. Eventually, the Department of Defense decided that the design of the program no longer suited their needs and abandoned the entire plan to pursue a multi-vendor solution called Joint Warfighter Cloud Capability. The decision on the protest initiated by Microsoft is expected before October 29th. The company founded by Jeff Bezos is still hoping for victory the day after a new analysis by the NSA.

While you wait for that decision, discover Jeff Bezos’ shocking comments about his staff!