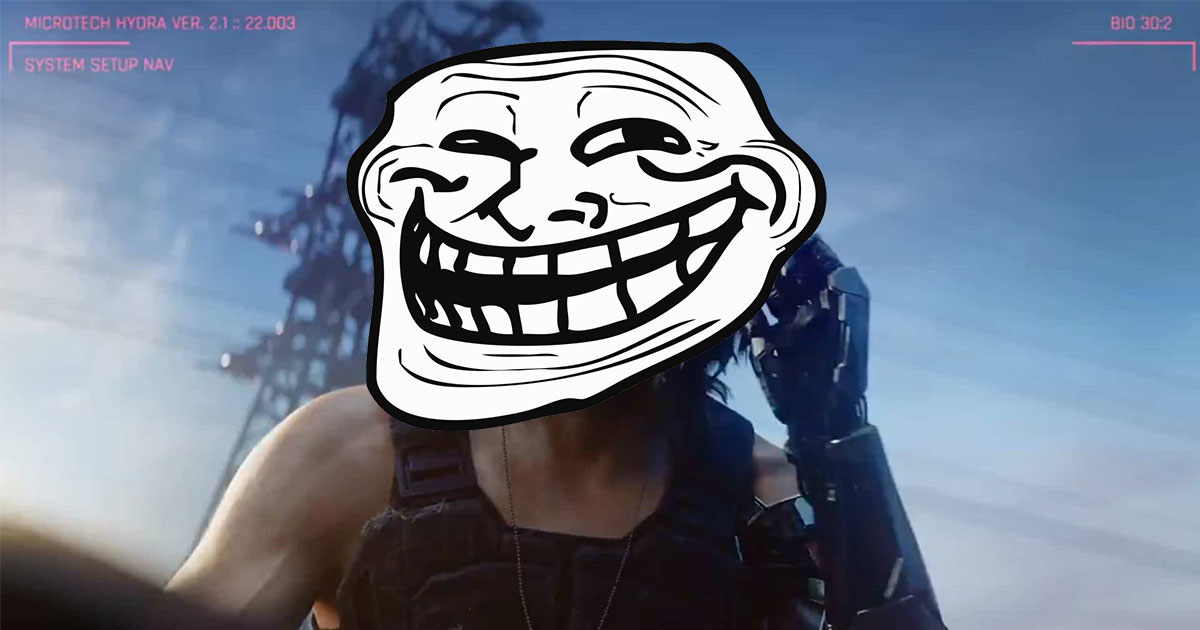 Earlier this week, CD Projekt Red announced the new postponement of Cyberpunk 2077. The game will be released on December 10th. However, the Polish studio needs to make sure in advance that all console versions are working correctly, the PC version is ready.

The Cyberpunk 2077 game announced on October 5th that the game had passed “Gold” directly through its Twitter account. A name that means the game is playable from A to Z and includes all of the content from the developers. The following weeks are then devoted to optimization. Problem: The next day, October 6th, CD Projekt Red assures us that no further postponement has been announced. But you know, history recently proved it, the release of Cyberpunk 2077 has been postponed again, this time to December 10th.

Would anyone notice if we delete this really quickly?

After receiving heavy criticism on social networks and commenting on death threats, the studio wanted to lighten the situation a little by playing the card of self-mockery. While some internet users had already noticed the October 6th tweet and pointed it out to the studio, CD Projekt Red didn’t hesitate to trudge through a humorous tweet: “Would anyone notice if we deleted it quickly?”

when confirmations are no longer sufficient

As the Internet quickly announced to the Polish studio, some gamers took advantage of the release of Cyberpunk 2077 to take a day off and explore the game up and down from the first hours after its launch. Such is the case with the tweeters known as @PoshPinguino, who asked the day before the postponement was announced if he could calmly take his Thursday, November 19th. After the game’s Twitter account confirmed their question, the user had no hesitation in taking action. But surprise, the game will be postponed on October 27th. Cyberpunk 2077’s Twitter account recognized the situation and simply adorned the situation with a “Shit :(“.

After the postponement was announced, internet users did not hesitate to search the studio as well. In addition to the humorous spelling fixes that resulted in a smile, some also threw themselves onto the game’s Wikipedia page to change the content and, of course, the release date. One user took the opportunity to correct the release date of Cyberpunk 2077 and specify it by December 10, 2077.

Another shift that we hope will be the last. As a reminder, Cyberpunk 2077 will be released on December 10th for PS4, PS5, Xbox One, Xbox Series X and PC. By then, open world lovers will at some point have found their way to Assassin’s Creed Valhalla

Traveling in Corona times: After all Mallorca | Free press

The best tweets after episode 15