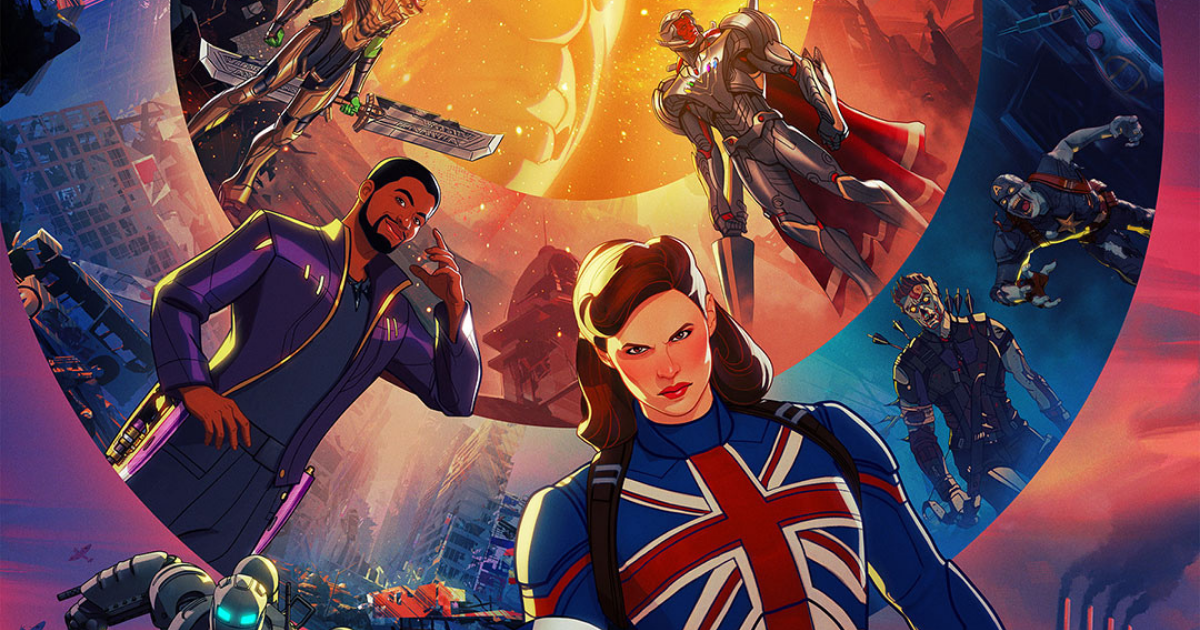 With the end of the first season of Loki on Disney +, we were able to attend the opening of the “Multiverse of Madness” and were able to get a little further in this fourth phase of the Marvel Cinematic Universe (MCU) and thus open the way to the next Disney + event series: What if …?, Available from August 11, 2021.

It is confirmed that the MCU has finally embraced the multiverse. With the end of Loki and the exemption of the timeline from VAT control, the possibilities become literally limitless, as each stranger than the next Loki variants prove. And if the multiverse can include Loki the Alligator (nicknamed “Croki” by fans), anything becomes possible.

And the next Marvel Studios TV series will begin exploring this “Multiverse of Madness”. What if …? is an animated series that presents viewers with timelines in which history has taken a different direction. There will be a timeline where Peggy Carter has become a super soldier instead of Steve Rogers, a timeline where Killmonger teams up with Tony Stark and manages to take control of Wakanda, and a timeline where T ‘ Challah becomes Star-Lord and not Peter Quill. And the best part is that apparently there is also a timeline inspired by the Marvel Zombies comics where we see zombie variants of Captain America and Iron Man in the trailer.

But while it has been announced that each episode will be “stand-alone” (i.e. suggests that there will be a main storyline that will force the interdimensional heroes to band together, possibly to collectively tackle a terrifying threat. And given the elements of the trailer, it is possible that Ultron is the threat they face and becomes the first multiversal threat in the series.

Guardian of the multiverse

In April 2021, a merchandise leak indicated that the animated series would include a new team, the Guardians of the Multiverse. A picture showed what the team’s logo appeared to be, along with a number of iconic characters. We also notice that a new character appears above the team: the Guardian, a cosmic being observing the multiverse, which has led to speculation that the Guardian will eventually give up his vow of non-interference and assemble a team of super-interdimensional heroes, to defeat a mysterious threat. Actor Jeffrey Wright hinted that these theories are true when speaking about the Guardian character arc on the show:

In the first season he starts as an observer. But little by little he becomes more and more restricted by what he sees.

The trailer for What if …? supports this multiversal association with some scenes in which variations of different timelines work together. Doctor Strange in particular introduces himself to Captain Carter, while another shot shows Black Widow throwing Captain Carter’s shield. Most intriguing is that the heroes are reunited in an Avengers-like scene, deliberately suggesting that they will unite against a force too great for either of them to defeat on their own. But what could this threat be?

Several scenes from the trailer for What if …? Reference to a very well known MCU villain: Ultron, the android created by Tony Stark and Bruce Banner with the Mind Stone who nearly destroyed the earth in Avengers: Age of Ultron. In one shot we see a fleet of Ultrons taking off and seconds later we see the Hulk and Thor fighting Ultron. Additionally, spin-offs support the idea that Ultron would be the series’s biggest threat, as he holds the severed head of an Ultron robot in Killmonger’s Black Panther Funko Pop.

The sad truth is that the movie Avengers: Age of Ultron largely missed its iconic Marvel villain, who in the comics is one of the enemies who have brought mankind to the brink of extinction countless times. . In fact, the film has absolutely nothing to do with the comics, which are set at a time when the android managed to conquer the world. Humanity was on the verge of extinction, forcing the Avengers to use time travel to rewrite history (a plot more reminiscent of Avengers: Endgame).

It’s not the only story with Multiverses and Ultron either. In another Avengers story, Kang the Conqueror invaded a timeline ruled by Ultron and found himself in a stalemate. Trying to use the same trick as the Avengers, Kang traveled constantly through time trying to find a way to defeat Ultron. But he failed and almost destroyed the entire multiverse due to the pressure he put on the timeline. The crisis was only averted when the Avengers convinced Ultron that it was better to pretend to lose the battle against Kang rather than be destroyed along with the entire multiverse.

The Marvel Animated Series What If …? could redeem Ultron by turning him into an enemy of the same stature as in the comics, if not greater. The Disney + series could introduce a timeline where Ultron was never defeated but instead destroyed humanity and took full control of its dimension. In the MCU, Ultron is tied to the power of the Infinity Gems, so it’s entirely possible that he could sense the emergence of the Multiverse and then try to expand across all of these different timelines. Such an invasion of the Multiverse could easily be the central narrative of the series, with the Guardian ultimately choosing to reunite the Guardians of the Multiverse in order to defeat Ultron.

And maybe Marvel even hinted at how Ultron could be defeated. In the Secret Wars comics released in 2015, all of the alternate planet earths collided in the Marvel Comics universe, creating a unique world called Battleworld. There Ultron’s armies found themselves standing still against the creatures of the reality Marvel zombies, with neither being able to defeat or destroy the other. As in the comics, it is possible that the Marvel zombies are your best defense against Ultron. The Guardians of the Multiverse may find a way to reunite the Ultron dimension with that of the zombies in order to neutralize two deadly forces. Perhaps this is a fitting conclusion to What if …? Season 1 who knows!