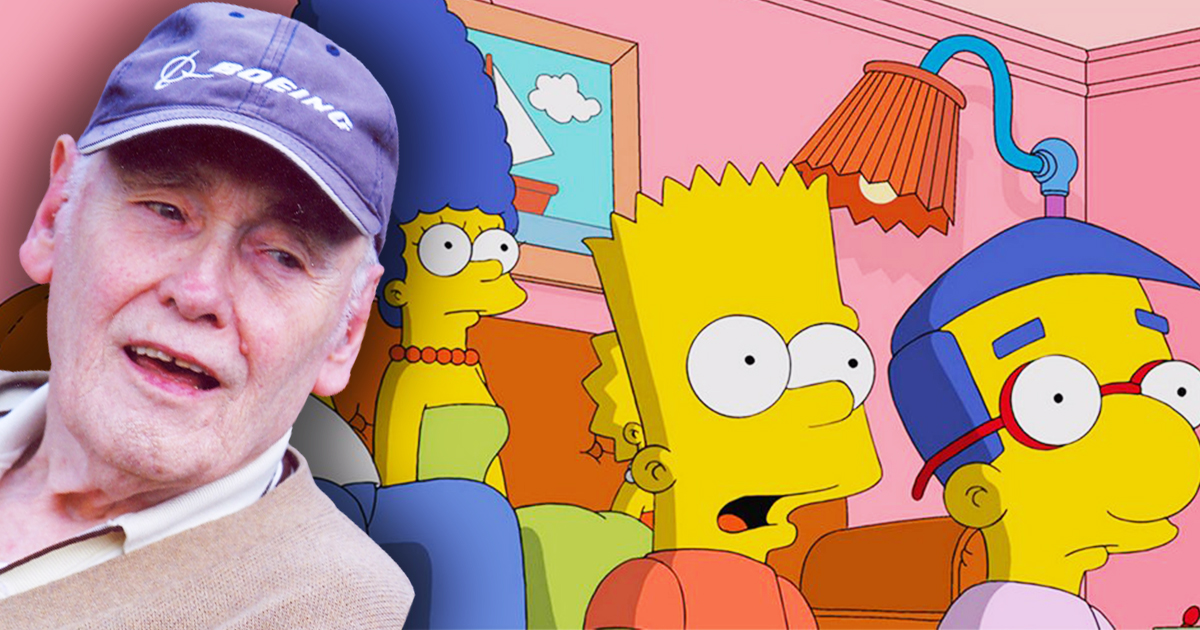 The animated series The Simpsons is currently the longest-running comedy in American television history. Still 32 years old and not a single wrinkle for Homer! Many rumors have also accompanied the success of Matt Groening’s series. One of The Simpsons most famous screenwriters recently agreed to provide some explosive information about the series and attacked many of the rumors that continue to surround the series. Something that will delight long-time fans.

Have you ever heard of John Swartzwelder? He is one of the writers of The Simpsons and certainly one of the most popular. The latter began writing the episode “Bart der General” (“Terreur à la Récré” in French) for The Simpsons in 1990. Swartzwelder wrote 59 episodes between 1990 and 2003, and this period is widely considered to be the series’ golden age.

The screenwriter has been extremely cautious throughout his career and has given very few interviews in his life in order to protect not only his privacy but also the secrets of The Simpsons. It must be said that while the screenwriter remained a secret, in his past he still made the headlines in the newspapers. According to the latter, in 1994 the scriptwriter would actually have run into conflict with the rest of the staff. It must be said that Swartzwelder smoked a lot while writing episodes of The Simpsons and that he had poorly steered the company’s new policy of a total smoking ban in the writing room. The scriptwriter had thus received a special arrangement that enabled him to send his manuscripts and various sketches from home (so that he could continue writing while smoking).

In the comments on The Simpsons DVDs, we also hear that Swartzwelder wrote his episodes from a coffee shop when he was away. When California finally passed the law against smoking in public places, California would have bought a dining cubicle and installed it in the back of his home to continue smoking and writing freely. John Swartzwelder has a strong personality as you can see and this has undoubtedly added to his notoriety as he himself hoped to stay in the shadows. However, the latter has just granted our colleagues an interview (an extremely rare thing).

In an interview with The New Yorker, John Swartzwelder revealed some of the series’ secrets and also addressed some rumors that were harsh. From the start, the scriptwriter stated that the rumors that he had decided to stay home to smoke were false. For him, the reason for his absence on the company’s premises was explained simply: he did not want to go there every day.

John Swartzwelder also disproved the idea that he bought the real dining car he regularly visited in California. The screenwriter admitted buying two dining stalls to install in his home, but he said they were new.

John Swartzwelder then answered the many questions about the characters of Itchy and Scratchy. Several episodes of John Swartzwelder actually mention these two characters who have become icons, and as a result, the screenwriter had made them easy and straightforward for many fans. John Swartzwelder denied the rumor, saying he didn’t create it, he liked to stage it. The latter also confirmed that when writing Homer’s dialogues, he envisioned the character as a “big talking dog”.

Writing an episode of The Simpsons and the Legacy of Swartzwelder

The screenwriter was also asked how an episode of The Simpsons was actually written. The latter stated that 75% of the script of an author-created episode was taken over by the corrections team, which also had creative control over the series. The author also stated that for him the 75% rate was inaccurate, and in his case even much lower, as he entered a state of anger, dismay and horror when he saw that his jokes had been erased . The team responsible for controlling the episode therefore let go of more things than the episode writer was Swartzwelder.

Finally, the scriptwriter was asked what he thought of the term “Swartzweldien”, a term coined by fans to describe his particular style of comedy and humor, and which fans liked so much. The screenwriter stated that this was a real compliment for him, adding:

I like to think that the Simpsons helped create a generation of cunning people who live in a world where everyone has an idea behind them. If that’s all we’ve achieved besides the billions of dollars we’ve made, I’ll be happy.

As we read this interview, Swartzwelder appears to us as someone proud of the legacy he left behind. While we’re a little disappointed that the screenwriter didn’t go back to rumors that the Simpsons were predicting the future (this is a joke), we really enjoyed finding out about this screenwriter who doesn’t normally say anything himself. Us hope the animated series returns to its prime, although John has definitely turned the page.