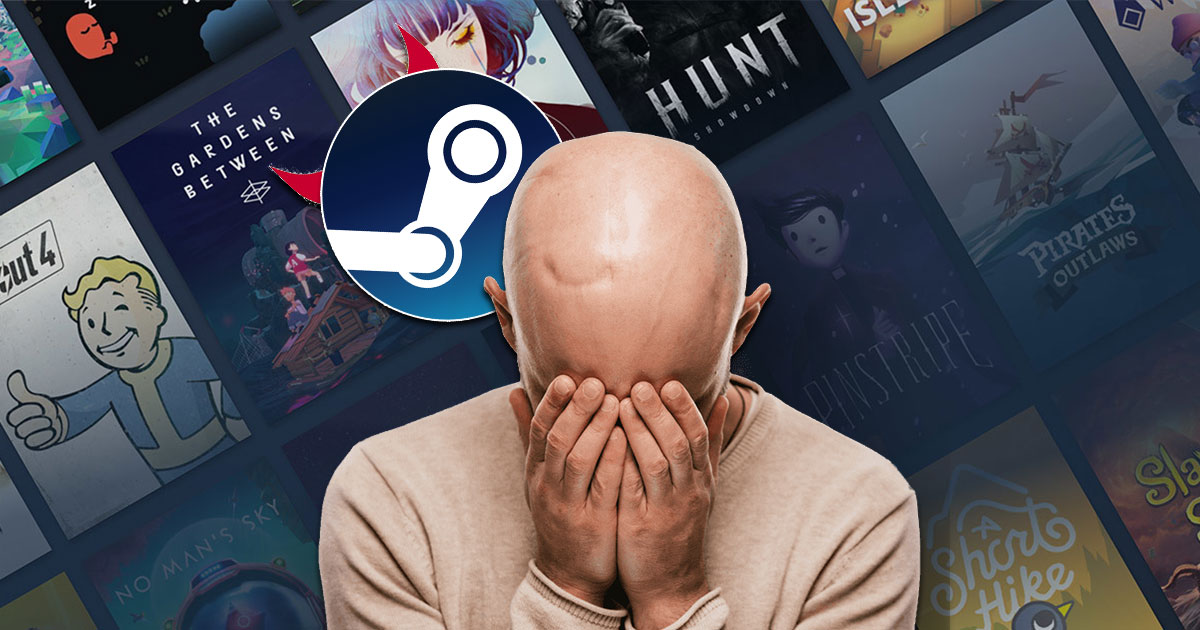 Almost 53 games are released on Steam every day. This number is just under 9,279 per year, at least for 2020. So it’s hard to turn heads to indie games out of nowhere. And even if tracks shorter than the usual AAA catch the attention of lovers of the genre, they have to face the hell of Steam’s refund policy.

On July 21st, the game Summer of ’58 was released on Steam. A title that takes place in the summer of 2008 when “the main character travels to Russia at the request of followers to explore the abandoned camp” Yunost “, which the locals describe as inhabited by restless souls”. A popular game whose release has been emulated. The players are satisfied with it, as the reviews visible on the Valve platform suggest: 275 in number, with 88% positive reviews. Some players are full of praise, highlighting the game’s story and atmosphere while pointing the finger at a somewhat short lifespan.

And unfortunately, the lifespan is financially detrimental to Emika Games, the independent developer of Summer of ’58. Steam enthusiasts know that the platform allows players to get refunds for any games they have played for less than two hours. The summer of ’58 is completed in about 90 minutes, the problem is quickly recognized: Despite positive reviews, the studio had to reckon with a considerable number of refunds. As Emika Games suggests, some Steam users don’t hesitate to quit the game and use the refund policy in their favor to get their money back. A free game, a juicy business that has dire consequences.

And for good reason, faced with this issue, Emika Games no longer has the funds to fund their next game, From Day to Day, which fans are already impatiently waiting for. In a long message on his Twitter account, the developer expressed his problem:

Friends! Thank you for your support! I’m leaving game development indefinitely to gather my thoughts. pic.twitter.com/q93NxWjyUI

The friends ! Thank you for your support ! I pause game development indefinitely to gather my thoughts. My Summer of ’58 game is not hitting the 2 hour game time by Steam standards, a large number of refunds have been requested in this regard, even with positive reviews, and I don’t earn anything to fund a new game, very much that you supported me I’m very happy that you like my games, but since I don’t have the skills to do something new, I have to do something different. I’ll answer right away anyone who asks about From Day To Day, this game that won’t see the light of day anytime soon. See you later.

These setbacks were subsequently relayed by various media outlets, including Kotaku, to raise awareness of the case. And since the internet is not just a meeting place for gamers receiving compensation at their creator’s expense for a game they enjoyed, Emika Games has received welcome support from many fans and concerned gamers.

Friends! I am really shocked by this support! I didn’t expect so many people to support me! pic.twitter.com/z70VYbfg73

“Friends! I’m stunned by this support! I didn’t expect so many people to support me! I want to make games that don’t drag on unnecessarily so they don’t end up boring. So they end with a lifespan less than 2 hours. I think you have noticed that my games are like short stories, much like watching a movie and not a series. I am not offended by people asking for a refund for doing it didn’t enjoy the game or had to deal with some technical issue. But when someone finishes it and gets a refund it’s like they ate a whole pizza, didn’t like it and returned the box and got their money back. I wanted to go quietly Just to let you know my intentions. But when I saw how many people gave me their support, it gave me food for thought. Thank you very much! “

With support from internet users and concerned fans, Emika Games could shorten its hiatus. It remains to be seen whether the independent developer will manage to finance his next project. But who knows, this gain in popularity could spur sales and finally allow him to go into his next game with ease.