The Courier
HomeWorldThe references to Harry Potter and the Lord of the Rings should...
World 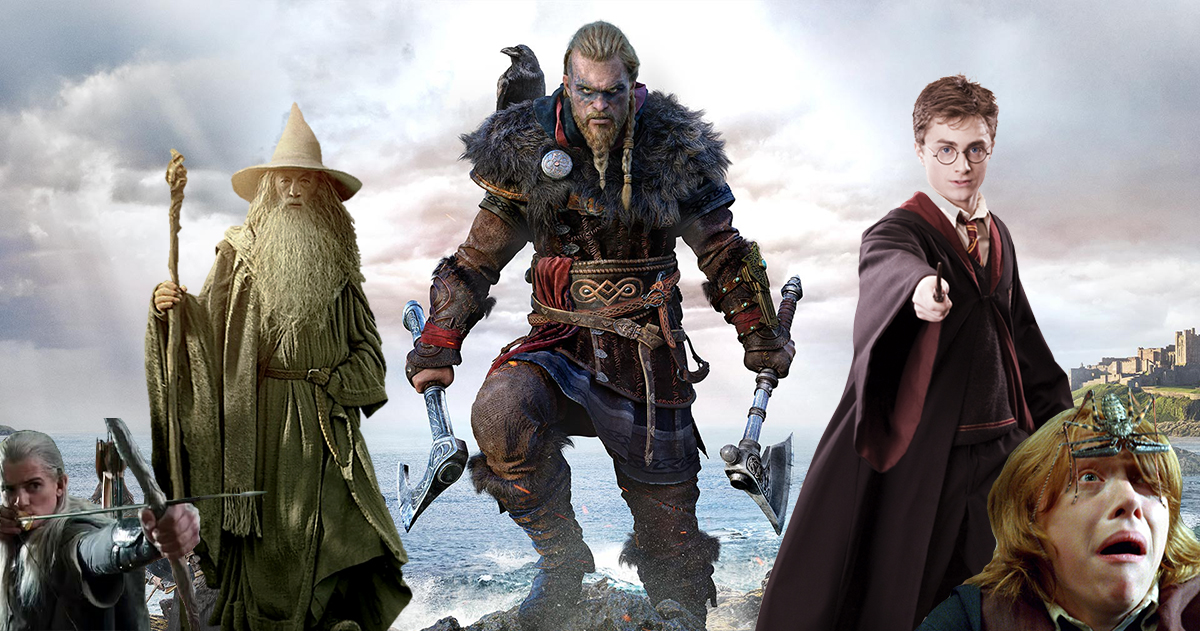 The game Assassin’s Creed Valhalla, which has been released for 13 days now, continues to surprise us. We previously suggested that you discover some of the game’s well-hidden secrets and embark on a quest that will make you feel like you are playing Death Stranding. We now invite you to discover two more references that Ubisoft studios have included in their newest game that immerse us in two of our favorite universes, namely that of Harry Potter and that of the Lord of the Rings.

The reference to Harry Potter

The very first player to give visibility to this Easter egg is Reddit user Only_A_Friend. On the way to Lunden, the player actually discovered a very strange list on a table. This list is here:

Fans of the Harry Potter saga will of course understand that this was the list of Horcruxes Harry must find in order to defeat Voldemort (the Horcruxes are the objects that contain the seven fragments of the soul of The One Who Doesn’t pronounce the name may, as a reminder). The seventh Horcrux that this list doesn’t mention is Harry Potter himself. Ubisoft may have tried to keep it a secret from those who haven’t finished the books or watched all of the films in the saga. The reference doesn’t stop there because, if you watch the decor closely, there are banners around the house where we can find this famous list. These banners match the colors of the four Hogwarts houses.

The reference to the Lord of the Rings

The reference to the Lord of the Rings in Assassin’s Creed Valhalla is surprising. If you travel to the west side of Glowecestre, you will come across a community of pagans who live in moss-covered houses.

There is a very unique note in one of these houses that says that little people have come to find the author of the letter, to ask him to have his front door shrunk. The locals hope this will keep “stubborn guests” away from their homes. The letter also refers to a “druid” who visited the author last fall.

We can easily imagine that the plaintiff is none other than Bilbo, that the druid he is talking about is Gandalf, and that the little people are all hobbits. To make the reference clearer, the letter concerned is provided with a ring. Why did you choose to recreate the Shire in Glowecestre? You have to know Tolkien’s inspirations to understand him. The latter was in fact Professor of Ancient English at Pembroke College, Oxford, between 1925 and 1945. During this time he was invited to work on an archaeological dig in Lydney, Gloucestershire. According to local tradition, those who lived in the area soon claimed that goblins and dwarves lived on the hill. This region has therefore gradually become a land of legend.

Sylvia Jones, the subject’s curator, said on behalf of the BBC when the Lord of the Rings films were in development:

It’s likely that Tolkien was somehow inspired by the folklore associated with the hill. When we see the maze of tunnels and little holes in the hill, it looks so much like The Shire that we think he’s found some of his inspiration here.