The publisher will relaunch one of its cult franchises 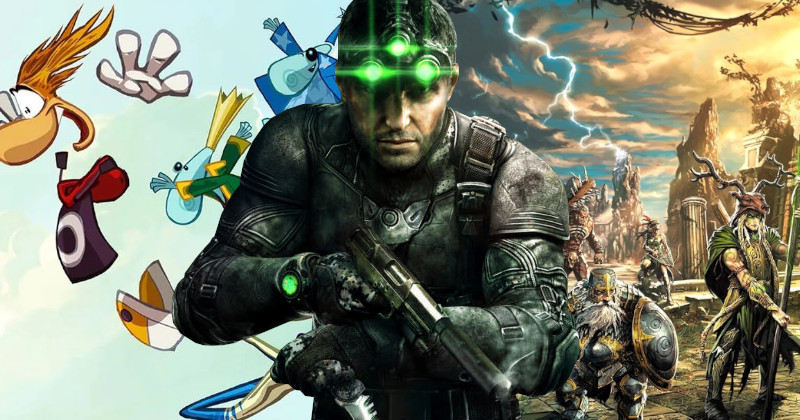 In the video game landscape, Ubisoft is a juggernaut whose competition needs to be wary. Despite the many criticisms of these games (bugs, microtransactions, etc.), the company continues to establish itself as one of the market leaders. So when we learn that one of his iconic franchises is making a comeback, it’s hard not to be excited.

From Assassin’s Creed (which will be back sooner than expected) to Far Cry and Tom Clancy, Ubisoft has made a name for itself in the video game industry over the years with games and entire franchises that have gone on to become iconic. Despite the regularly blurred criticism, the productions of the French publisher very often go like hotcakes. Because even if these are often imperfect, they are based on solid foundations and above all on recognized franchises. It is not for nothing that the publisher multiplies the sequels and other spin-offs of flagship games.

And if this tendency to rest on our laurels can tire a certain segment of gamers, there’s no doubt that a very new discovery will make many others happy. Ubisoft is currently working on the continuation of a very popular series in its catalogue: that of Might and Magic.

A big new installment in the Might and Magic series?

If the publisher hasn’t made an announcement yet, it’s its Chinese subsidiary, Ubisoft Shanghai, that has spilled the beans. Four job openings were identified on the studio’s website: Narration Director, Brand Manager, World Director, and Level Designer. These offers openly mention that this is a new Might and Magic game. But then why should we be excited about this particular project? After all, the franchise doesn’t shine as much as in the past, its last canonical episode (Might and Magic X: Legacy) dates back to 2014 and the previous one dates back to 2002. Games released since then have had much more modest ambitions and the The latest ones have been released for mobile only.

But this time, Ubisoft’s RPG series should return for a much more ambitious and innovative title than its predecessors: why not a Might and Magic XI, which would therefore be under construction more than 35 years after the first title from the franchise? Here is what we can read in English about the Senior Brand Manager vacancy available on the Ubisoft website:

Ubisoft Shanghai is seeking a Senior Brand Manager to oversee the marketing and product launch of a new AAA game Might and Magic. Led by the Brand Director, join an ambitious team and help reinvent one of the greatest fantasy franchises in video game history.

An announcement that therefore leaves little room for doubt: it is a AAA game, that is to say a big budget, that has no other ambition than “reinventing” the Might franchise and Magic. Suffice it to say that we shouldn’t expect a mobile game or any other spin-off, but also that we shouldn’t expect a release in years. We now have to wait for an official announcement from Ubisoft.

In any case, the publisher seems to be banking on nostalgia, as we learned a few months ago that another of its major franchises would be back soon.