The Peacemaker series has fans insane with this information about Chewbacca 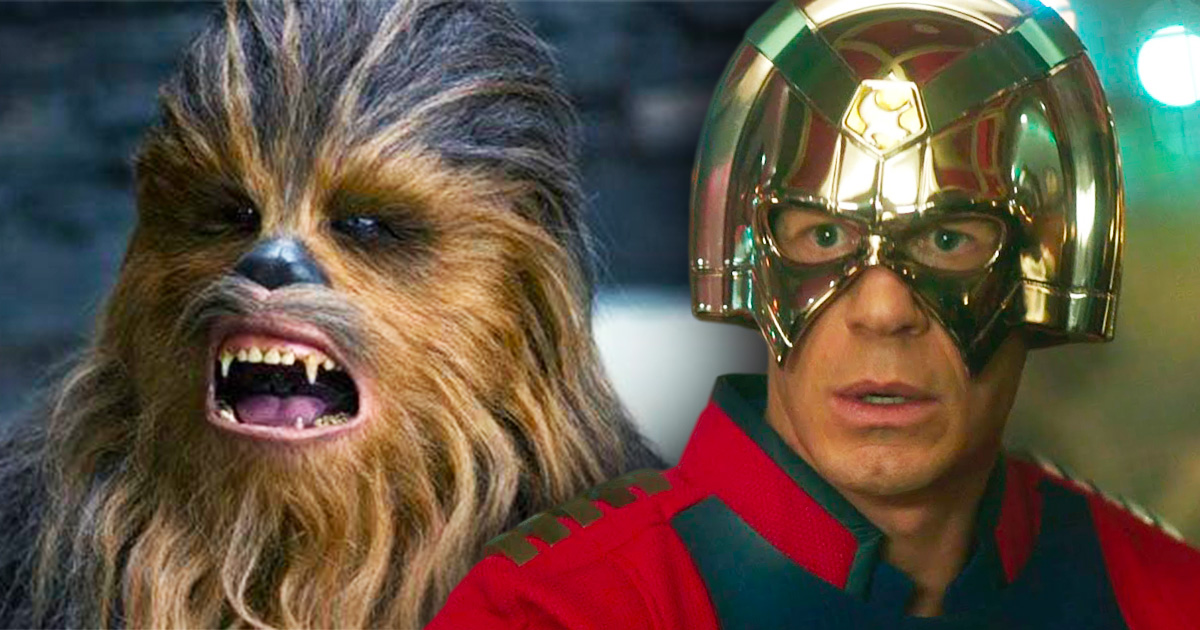 If you enjoyed The Suicide Squad, you certainly haven’t been waiting for us to write this article to get started on the new Peacemaker series. Available on HBO Max since January 13th, this new DC Comics project has been the subject of recent debate on social media following a response from the anti-hero embodied by John Cena.

A strange question from Peacemaker

Star Wars has been at the center of all debates among our American netizens. For more than a week, fans of the DC Universe have been able to embark on the adventures of Peacemaker with a brand new series that bears his image.

And this spin-off, which centers on the character played by John Cena, is already making waves on social media. Don’t worry, the quality of the show is not questioned by American viewers here. It’s a simple scene that seems to have set the powder on fire…

In a passage from the series, the main character of Peacemaker makes a strange claim regarding the anatomy of this species from the Star Wars universe. He confidently declares, “Never try to fuck a Wookie, they have teeth in their anus”.

It was enough to make Star Wars fans jump. Would Chewbacca, the most famous creature of this species, have teeth in its rear end? Peacemaker confirms this, adding that the information is “canonical”, meaning that it is well formalized in one of the films in the saga.

“Do Wookies have teeth on their assholes?”

James Gunn, showrunner of the series, welcomed this coup. He noted in a tweet, “Peacemaker is influencing the cultural conversation with his usual grace.”

At this time, we don’t know if Wookies have teeth up their hindquarters. We can therefore continue to question the accuracy of this information. In fact, Star Wars productions never seem to have mentioned such a detail in their plot. It has to be said that Wookie’s anatomy has rarely really been the focus of discussions in the franchise. We therefore leave you free to believe or not in the authenticity of Peacemaker’s statements while we await a concrete answer to this question. If you love Star Wars, check out all the inconsistencies in The Book of Boba Fett that have irked fans.

As a reminder, Peacemaker is not yet available in France. However, HBO Max account owners have been able to watch the series since January 13, 2022.