The origin of this new Pokemon teases the next Legendary 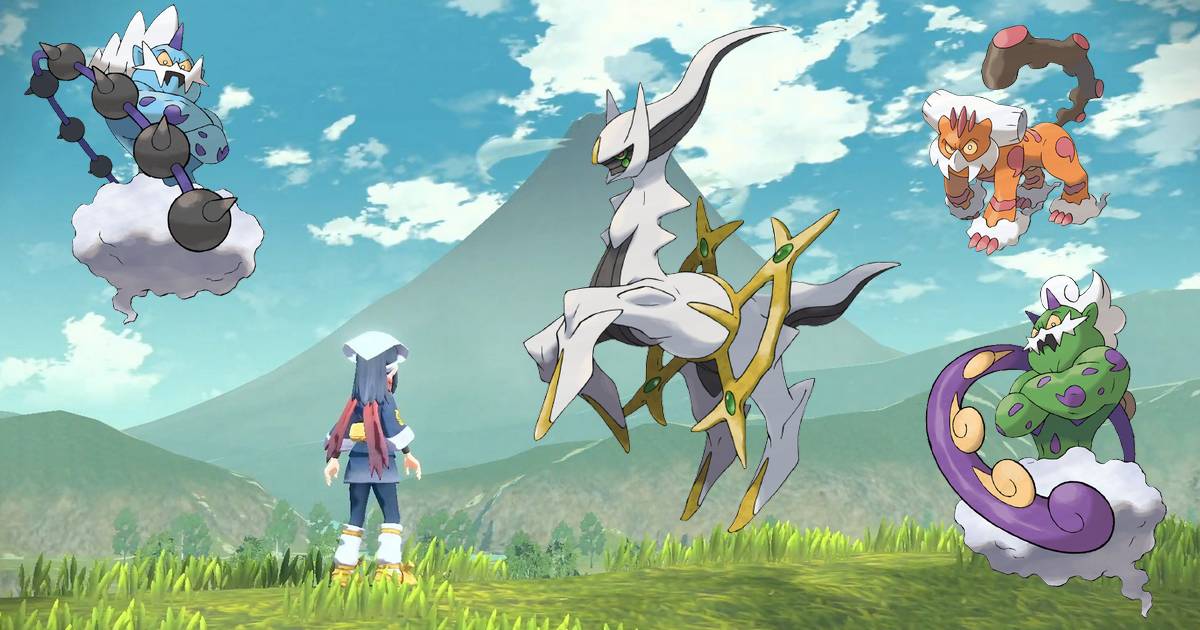 Pokémon Legends: Arceus has currently been Nintendo’s flagship game since its release on January 28th and will remain so for quite some time barring any new major Switch releases getting in the way. A new exclusive Pokemon appears in the game, and its origin surely hides a new Legendary.

Pokémon Legends Arceus: where does this new Pokémon come from?

Pokémon Legends: Arceus, like every new title in the Pokémon License, is here with a whole host of new little creatures, each more interesting than the next. The Hisui Region 1000 Years Ago includes creatures from all visitable regions in the eight games that precede this opus. However, if some generations are more preferred than others (we think of the 4th that takes place literally in the lands of Hisui), there are alternative versions of Pokemon that only exist in this game, we think of the regional version of Zoroark, the first monsters with this double type in the license. But there is also an exclusive Legendary Pokemon that has never been mentioned before in the game.

And this Pokémon is none other than the fourth member of the Totem gang: Amovénus. Many mysteries surround this Pokémon, especially its appearance. The one that represents spring and fertility (the only female in the quartet, by the way) is only found in Pokémon Legends: Arceus, and that raises a lot of questions for us. Until now, the members of the totem trio have been compared to forces of nature. To the Kamis (Japanese spirits) Fûjin associated with wind, Raijin with lightning and Inari with fertility. They could also represent the different states of the world. Demeteros represents the earth, Boreas the sky and Fulguris a world between the two connecting them, here lightning. But the appearance of Amovénus shakes things up a bit, offering a new vision drawn from Chinese and Japanese mythology.

The four beasts and the four Orients

In Chinese and Japanese cross mythology there is a final element to be invoked that is much closer to our current quartet, these are the symbols that are named the four beasts, the four powers, the figures/symbols/guardians of the four easts after the Chinese astrology and feng shui. In Japan they are known as the Shijin (four gods) and are named as follows: Seiryu, wood-bound eastern azure dragon; Guembu, the water-bound northern black turtle; Byakko, metal-bound white warden of the west and finally Suzaku, fire-bound vermilion/phoenix bird. In the context of Pokémon, we’ve seen that according to its totemic form, Amovénus represents the turtle where Fulguris would be the dragon, Boreas the phoenix, and Landorus the white tiger. And it fits perfectly. But now that we know all that, there’s still something to unveil. These animals are not alone, as they are all linked to one last: the Kirin, the yellow unicorn, defined as the fifth element: the center.

And the center isn’t represented by any Pokémon here. Especially since each batch of Legendary/Fabulous in Pokémon consists of the following form: several “Minions” and a “Leader”. The three Golems have Regigigas, the three Birds have Ho-Oh and Lugia, Palkia and Dialga have Arceus, Groudon and Kyogre have Rayquaza. It’s missing the current leader of our now-famous four totem Pokémon. And it would be quite likely that it will appear in one of the future DLCs or a new update of Pokémon Legends: Arceus. But there’s a problem with that theory, and it’s Arceus himself. In fact, it might seem odd that the Demiurge of Pokémon mythology is a horse species. Horse with a large growth on the back of the head resembling a horn. In addition, its body is surrounded by a four-pointed ring resembling a compass, indicating the cardinal points: it is therefore located in the center of them, like the Kirin. That’s interesting, but no real clue to confirm it yet. Especially since Arceus is already connected to space and time and his nemesis Giratina. Anyway, we won’t get fixed until Nintendo announces new content for its flagship game.