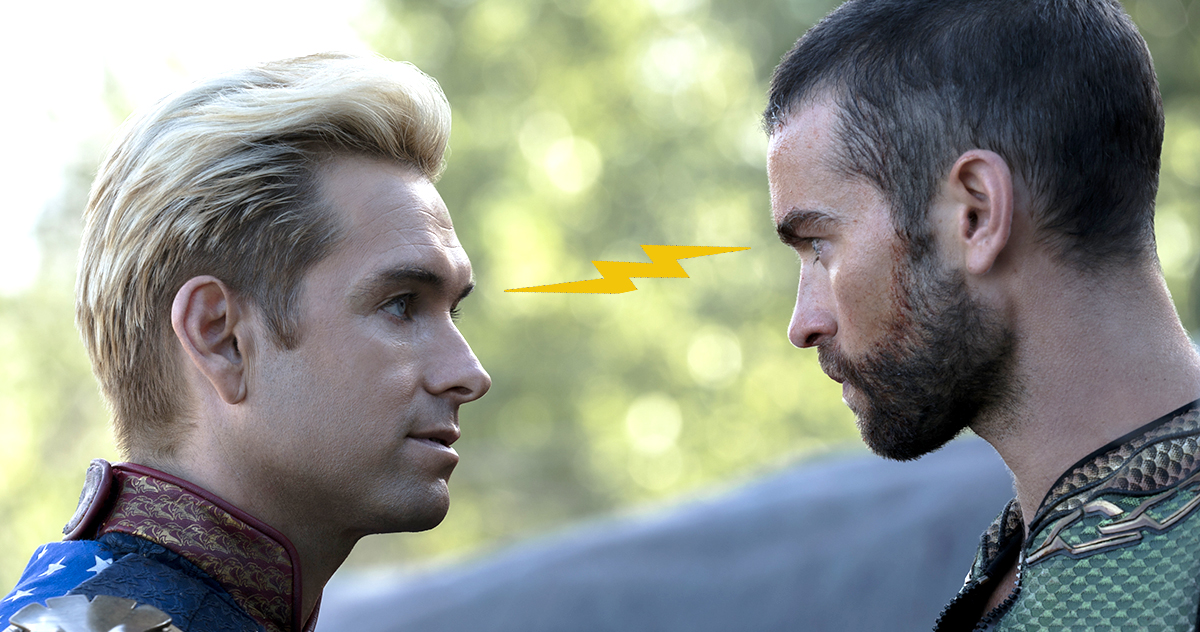 There’s definitely a lot of talk going on in season 3 of The Boys right now. Recently we had actually revealed a teasing photo of a new super as well as this new super’s costume that was already seducing the crowd. The showrunner of the series, Eric Kripke, is very good at the art of social networks and regularly updates us on the progress of the scriptwriting for the upcoming third season. Thanks to him, we already know today that the third season will play against the USA.

The art of criticism

The Boys series is known for its bitter tone and story that doesn’t need tweezers. The series is also recognized by many critics for its commitment. Critics of contemporary society and its excesses are not absent from the show.

Some of the most striking examples include Vought bringing up hypersexualized women, the fact that some Supers go insane to power, drugs (for example at A-Train), and many other issues that are put on the table. The guys may be shocking in a way, but that connects viewers to the world today. Eric Kripke really loves the concept and intends to repeat it with season 3.

The next product is sold

Season 3 of The Boys is set to follow in the same way as the previous two seasons. Eric Kripke has just posted three new photos on his Twitter account showing which will be Vought’s flagship in season three. The product in question, here it is:

Images shared by the show runner on the show depict an advertisement for the “GalGear by Vought” brand. This is a range of weapons and accessories aimed exclusively at women, and presumably more mature women who want to defend themselves. Indeed, the main picture allows to discover the character of “Linda Lockett”, who explains: “I love protecting my family!”.

Another banner reads, “Women only want guns!”, All on a pink background that, despite us, reminds us of Umbridge’s darkest moments. This new line of products, which Vought will sell in season 3, could be part of the main storyline as well as the subplot of the series. Indeed, for example, Vought could satisfy gun demand from citizens who have lost confidence in Supers. This would allow the company to offer products other than their supes (which are already completely out of the reach of simple firearms carried by humans).

With this commercial, Eric Kripke is definitely telling us that the series will tackle the United States and the sale of guns to all viewers, and will take the opportunity to poke fun at the commercials aimed at women and color codes and adjacent slogans used to ridiculous. The showrunner apparently wants to kill two birds with one stone.

For the first time, the streaming giant is losing ground to a serious competitor

Discover this wonderful collection of pop characters with LeBron James