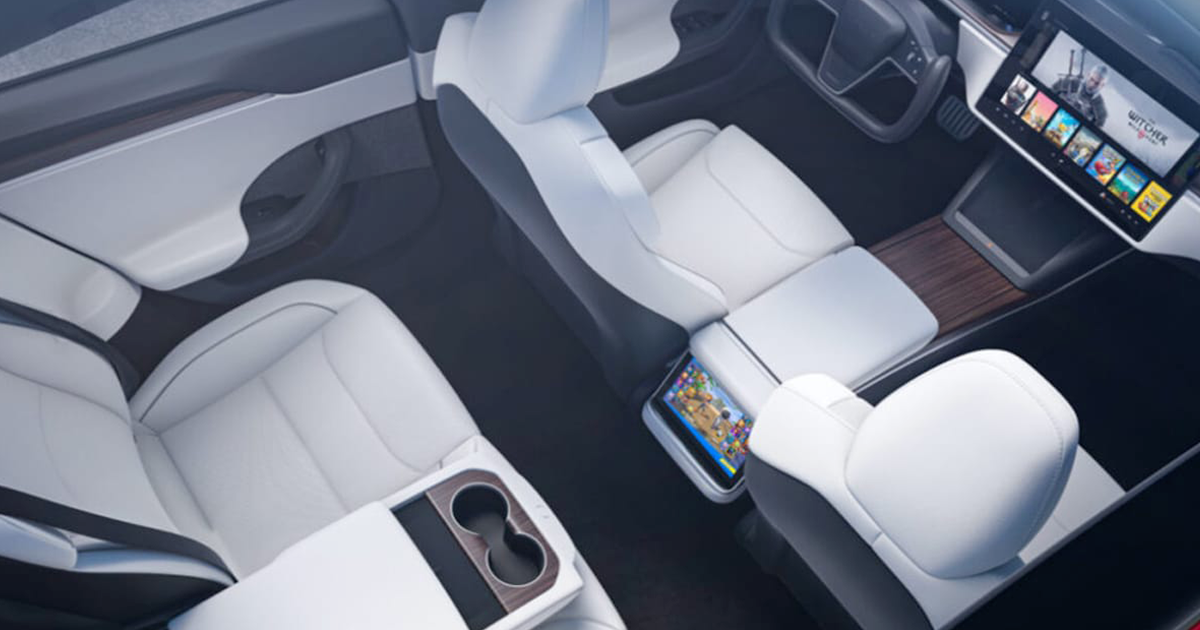 Elon Musk has just lifted the veil on Tesla’s future vehicles. The two models are to be marketed from 2021 and do their utmost to attract new potential buyers.

Comfort in the foreground

After a successful 2020 in terms of profitability, Tesla needed to tell us a little more about its future projects. The company, which specializes in electric cars, has therefore lifted the veil on two new models: the 2021 Model S and the 2021 Model X.

As a novelty, these vehicles will be equipped with better autonomy and a revised interior. This is rounded off by two new shelves, one on the dashboard and the other between the two front seats.

The front screen is a horizontally arranged 17-inch IPS LCD. Tesla will then offer the passenger the option to watch video content or play games via Tesla Arcade.

Tesla as a competitor to Sony and Microsoft?

On the back we also find a new 8-inch landscape screen. The company has also announced that these tablets will have a graphics performance of 10 teraflops, the equivalent of a PS5.

What use is such a power if it is not used? Elon Musk actually planned it all. New Tesla models can then run games that are hugely popular with fans, such as Cuphead or Stardew Valley.

Between two trips, passengers can also jump into open worlds. Elon Musk has announced that The Witcher 3: Wild Hunt will be playable on the Model S screens.

Best of all, Cyberpunk 2077 will also be part of the Tesla Arcade catalog. However, we don’t yet know whether it will be a console or a PC version. The answer is therefore expected in September 2021, which will mark the release of the Model S in our regions.

Despite the evidence, Emma Stone gives the same speech as Andrew Garfield

More than 200 dead since military coup in Myanmar | Free press