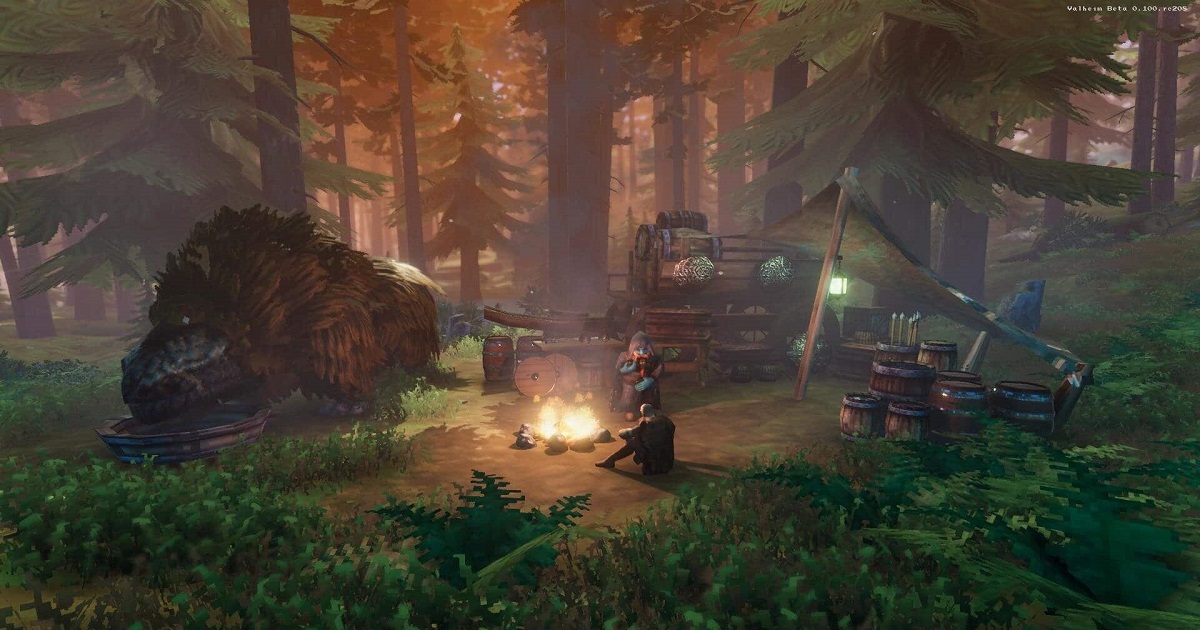 Valheim has been one of Steam’s bestsellers since its release and is now having a happy day. An early access title that needs to refine its content now. And that’s a good thing, in a new patch, the Iron Gate Studio gave players a feature that was long overdue.

A patch that pleases

This Tuesday, March 23rd, the studio behind the excellent Valheim released a new patch for its flagship game. On the menu: a variety of fixes and fixes. However, this patch gave the Iron Gate Studio an opportunity to offer an improvement that many gamers had been expecting. Now chests no longer have 18, but 24 storage spaces. A new row has been opened for players, allowing them to have fewer chests than usual and making it easier to organize.

While this change may seem trivial to ordinary people, Valheim players quickly realize that chests are the main storage space in the game. So enjoying more space is a big improvement. Especially since this addition is not made alone. In fact, campfires reduce the damage. This change also seems to be very significant. Even so, it can get expensive to stumble across the campfire after you approach the warm up.

Problem: Some used campfires to breed certain monsters. A method that is no longer possible as the campfires are destroyed after a certain period of time. A patch that brings a lot of new features and some pretty minor changes. Even so, these few changes should please the big players at Valheim as the studio is actively working on what will happen next. Other bosses are on the way, it is up to you to prepare accordingly to defeat them as soon as they are added. To see the rest of the patch changes for Tuesday, March 23rd, click here.