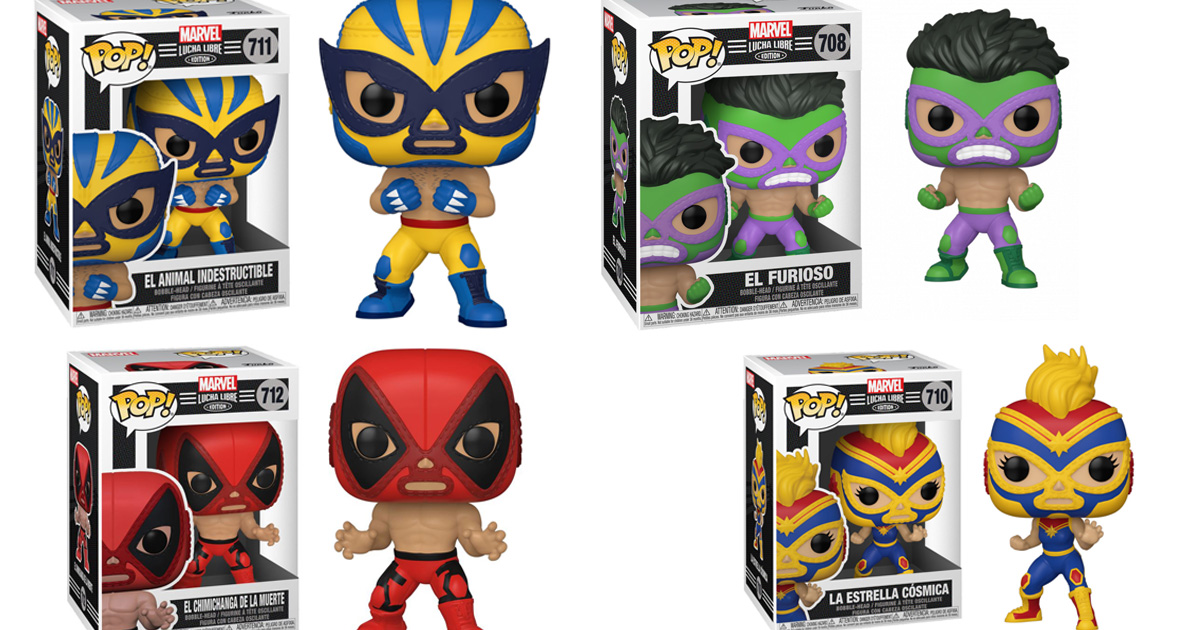 At the moment Funko is unveiling many new pop collections! one more beautiful than the other. After the special Valentine’s Day series, it’s up to the Lucha Libre Marvel to show themselves and it has to be said that they are really nice.

A great cross between Lucha Libre and Marvel

The new pop! What we just got in our shop is a mix of Lucha Libre, Mexican wrestling and characters from the Marvel universe. These are pretty funny and we can quickly see who the protagonists are. Each of them is 9 cm high and is sold for 12.49 euros in its own window box. These are, of course, officially licensed products.

This fighter takes on the outfit and mask from DeadPool, the famous Marvel character known for the occasion, El Chimichanga.

For this model, it’s neither more nor less than Captain Marvel aka La Estrella Cosmica and she is ready for battle.

But who is behind El Furioso’s mask? Isn’t that the Hulk by any chance? Be careful, the latter is uncontrollable!

Iron Man also has the right to his own wrestling fighter. Renamed El Heroe Invicto, it can be easily recognized by the colors of the armor.

Wolverine is represented for El Animal and shows its claws!

And finally, one of the most popular characters I named Spider-Man plays, El Aracno.

These 20 people are really not good with technology